How to Extend the U.S. Expansion: A Suggestion

*Registering for the webcast does not register you for the in-person breakfast. The link to the webcast is included in both the confirmation email and the reminder email. 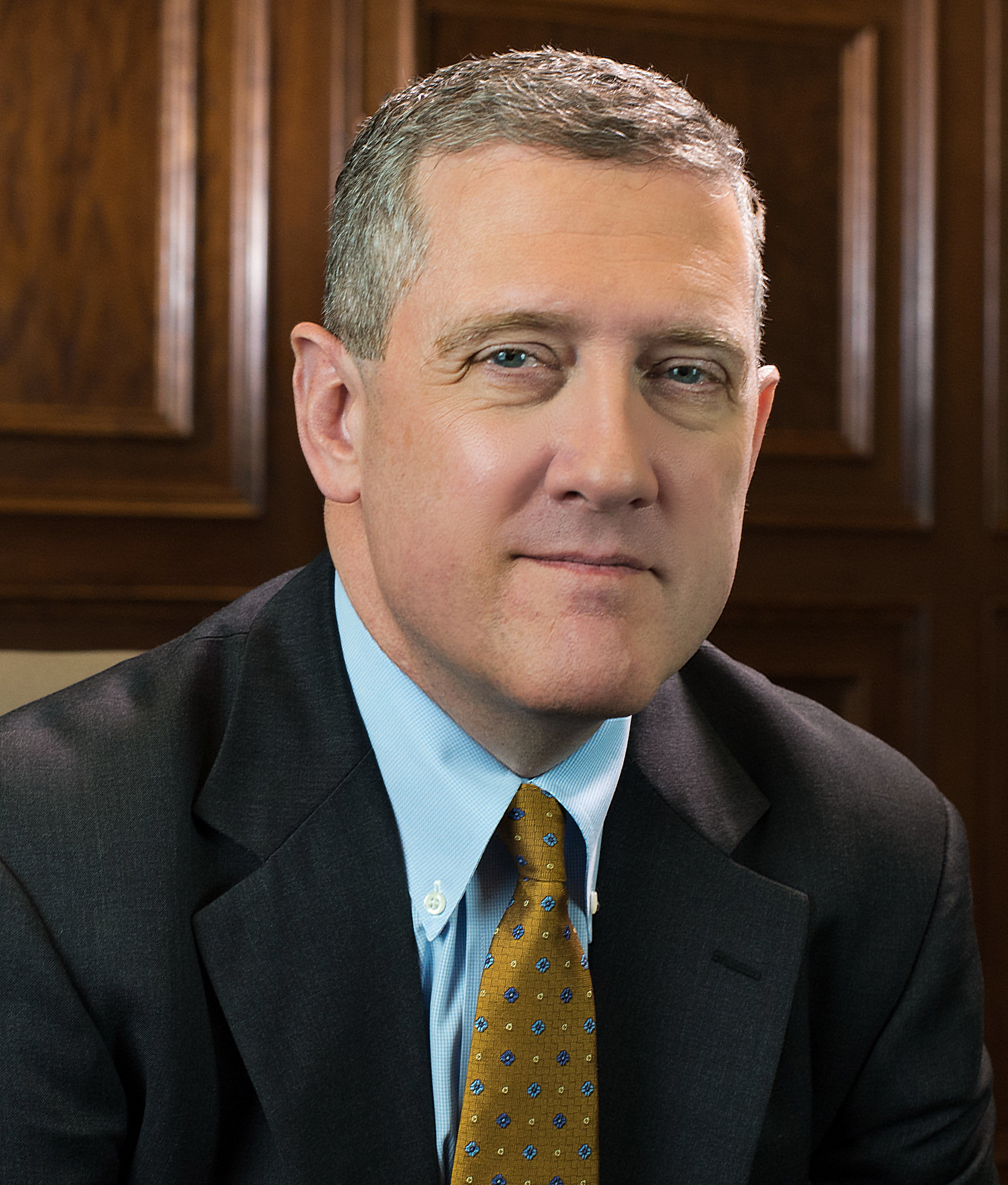 James “Jim” Bullard is the president and CEO of the Federal Reserve Bank of St. Louis. In that role, he is a participant on the Federal Reserve’s Federal Open Market Committee (FOMC), which meets regularly to set the direction of U.S. monetary policy. He also oversees the Federal Reserve’s Eighth District, including activities at the St. Louis headquarters and its branches in Little Rock, Ark., Louisville, Ky., and Memphis, Tenn.

Bullard is a noted economist and scholar, and his positions are founded on research-based thinking and an intellectual openness to new theories and explanations. He is often an early voice for change. Of note:

Bullard makes public outreach and dialogue a priority to help build a more transparent and accessible Fed. He regularly engages with many audiences—including academics, policymakers, business and labor organizations, charities, students and media, among other public groups—to discuss monetary policy and the U.S. economy and to help further the regional Reserve banks’ role of being the voice of Main Street.

Bullard is active in the community. He serves on the board of trustees of the United Way U.S.A. and the board of directors of the St. Louis Regional Chamber. In addition, he is a member of the Greater St. Louis Financial Forum and the St. Cloud State University School of Public Affairs advisory council. He is co-editor of the Journal of Economic Dynamics and Control, and a member of the Central Bank Research Association’s senior council. He is an honorary professor of economics at Washington University in St. Louis, where he also sits on the advisory council of the economics department as well as several advisory boards. The St. Louis Post-Dispatch named him the Top Workplace Leader among the region’s large employers as part of its 2018 Top Workplace Awards.

A native of Forest Lake, Minn., Bullard received his doctorate in economics from Indiana University in Bloomington. He holds Bachelor of Science degrees in economics and in quantitative methods and information systems from St. Cloud State University in St. Cloud, Minn.

*Special Notes Regarding Fees:
Regular, Candidate, and Affiliate Members may apply function tickets as payment for Non-member or Student Member. Credit card required to guarantee ALL reservations except for reservations using Function Tickets. Day-of-event registrations accepted on-site only if applicable and space available. There is a $5 surcharge for walk-ins. Visa, MasterCard, American Express, Discover and Diners Club are accepted. Cancellations accepted until 5:00 pm, August 31.

Passport Program
Members of any CFA society may attend at the CFA Society Chicago member rate. If you are only a member of CFA Institute, you do not qualify for the Society member rate.

CFA Institute CE Qualified Activity
This program qualifies for credit under the guidelines for the CFA Institute Professional Development Program.

Content shared during CFA Society Chicago programs is not, and nothing in it should be construed as, an offer, invitation or recommendation of any specific financial services company or professional, or an offer, invitation or recommendation to sell, or a solicitation of an offer to buy, any securities in any jurisdiction. By registering for and attending this event, you acknowledge that any photographs that may be taken are the property of CFA Society Chicago and give your consent to their use in CFA Society Chicago's online and print business communications and marketing.