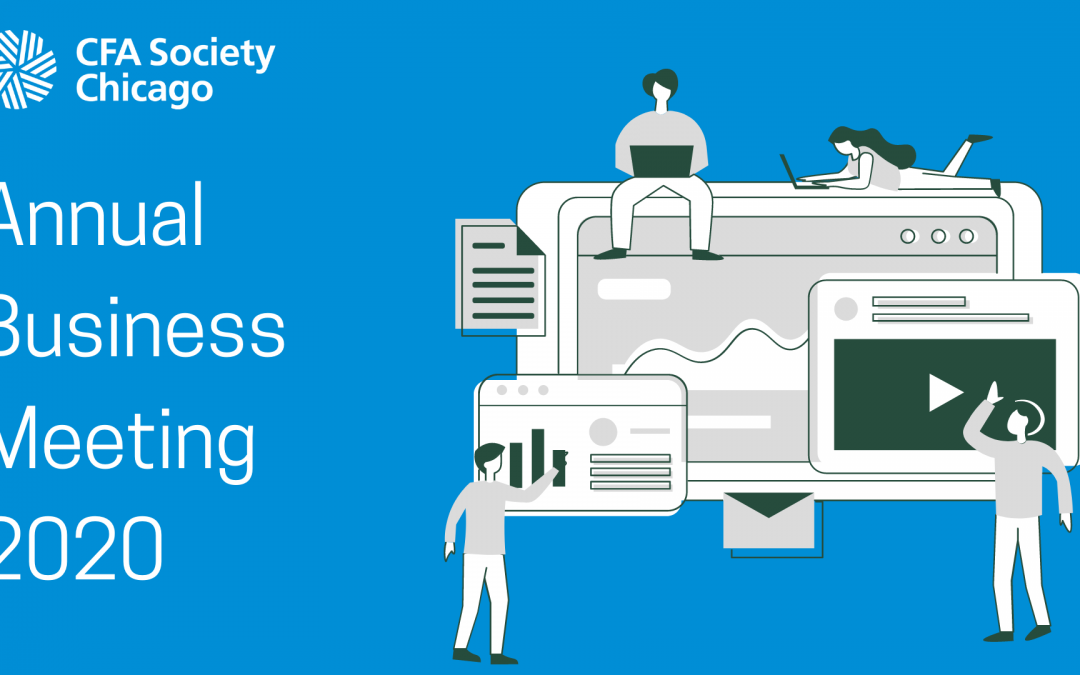 Garrett Glawe, CFA, secretary and treasurer of the Society, provided a review of CFA Society Chicago’s financial position over the prior fiscal year (10 months as of 6/30/20 due to changing the fiscal year end to August in order to align with the CFA Institute). Highlights included:

Presenters then took questions from meeting attendees, which included the following:

Q: Will you be charging for future virtual events?

A: We have not been charging but some societies have been charging. Vincent noted that he is in frequent communication with our society peer group, which has dialogued as to, whether a nominal charge would be appropriate. The majority is in favor of free content but it’s continually evaluated. He also monitors what other large organizations like the Economic Club of Chicago and Executive Club of Chicago are doing.

Q: What is the recommended reserve amount?

A: It ranges from 16-18 months. CFA Institute doesn’t want it to run over 20 months, so we’re in a comfortable position and in line with other societies our size.

Q: What has the renewal rate of membership been? And what is the strategic plan?

A: Vincent indicated it’s a fluid number but we’re running above other XL societies and the global renewal rate. Glawe shared that we are aligning with the CFA Institute strategic plan along with 13 other Midwest societies.

Q: How does our financial health compare with other XL societies during pandemic?

A: Vincent stated that we are median to conservative so compare favorable. Kastholm also mentioned operational funding that comes form the Institute.  Their reserves are quite healthy but the delay in exam testing has been a big hit their revenue stream.

Q: Are thoughts being given to the Annual Dinner?

A: There will be no dinner this year but another event is being planned in lieu of that and details will be forthcoming shortly.

A: We’ve had several hundred at a couple of events and the Fed event in particular, like always, drew a large group. Glawe noted that the Society staff is working to improve reporting capabilities in this regard. Event reviews are good with an average rating 4.2-.3 for virtual and in-person events.

Q:  Are the financial statements reviewed and audited?

A: Yes, we have an Audit Committee and third party outside audit firm.

Q: What percent of operational funding comes from the CFA Institute?

A: There are different types of funding and it fluctuates year-by-year. Glawe confirmed that the Institute funded 20% ($240k of $1.21 million) in the latest fiscal year.

At this time, for those who hadn’t already done so, voting was conducted regarding Governance items as well as Officers and Directors.

With the new Board and Directors in place (see below), Kastholm revisited the critical nature of volunteers to the Society and extended his appreciation for the talent they bring and the support they provided during his tenure. He encouraged all members to stay connected and involved.

Kastholm then turned the meeting over to incoming Chair Kristan Rowland, CFA, who shared her thoughts on the future of the Society.

Rowland noted that the coming year is exciting in that the Society will celebrate its 95th anniversary! Chicago is the oldest investment analysts society in America and 6th largest under CFA Institute. In her role, Rowland intends to deliver and build upon our three strategic pillars:

The event concluded at this time. CFA Society Chicago would like to thank all of its board members, advisory group co-chairs and volunteers as the Society would not be where it is today without the time and effort these individuals dedicate to the Society.