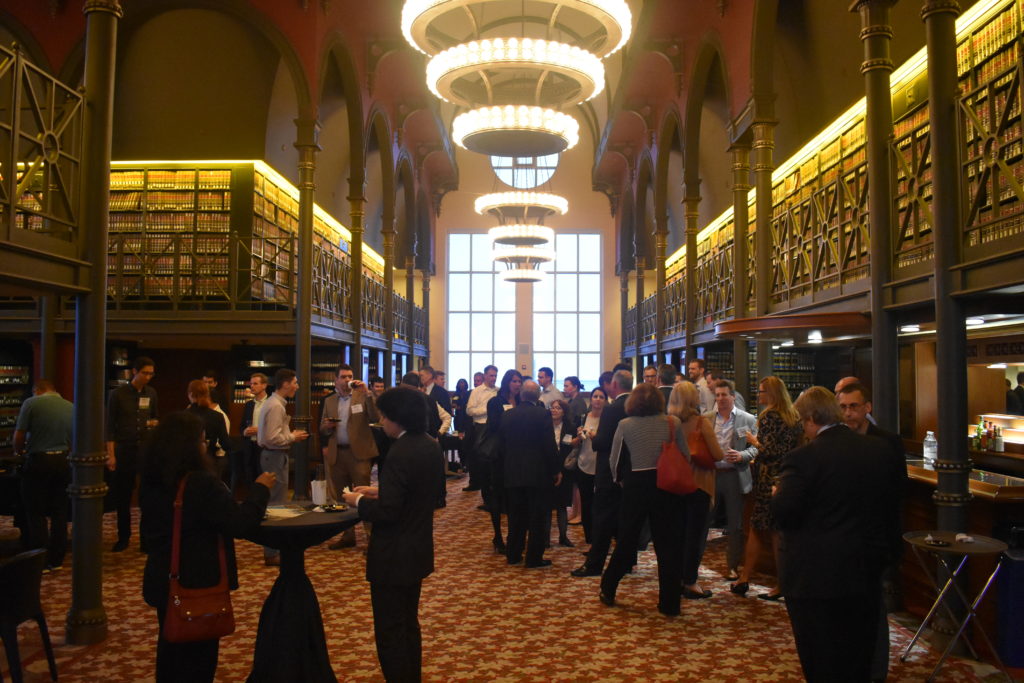 Shannon Curley, CFA, chief executive office of CFA Society Chicago, said it best during cocktails following the Annual Business Meeting, “This was by far the most engaged audience we’ve had in years with several great questions from our audience.”  Held on June 21st, the Annual Business Meeting was attended by approximately 60 members and took place at The Library, an old law-library feel conference room at the top of 190 S. LaSalle. 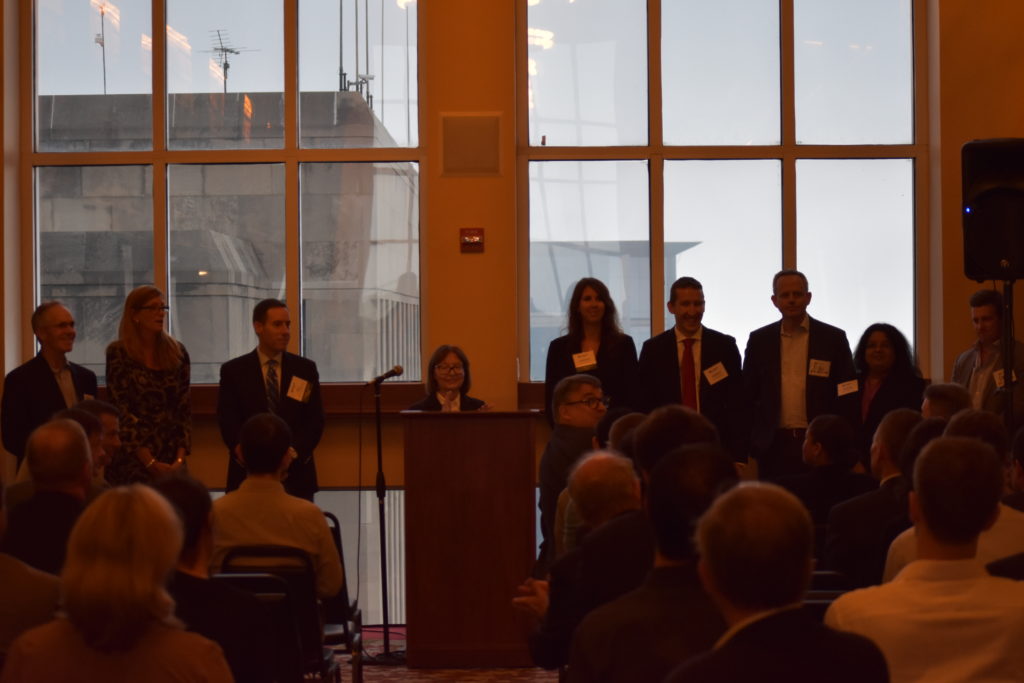 After a welcoming from Shannon Curley, the event started with Marie Winters, chair (2017-2018 of CFA Society Chicago, who gave an overview of the successes over the past year. To level set the scale of the Society, CFA Society Chicago continues its climb towards 5,000 members, with 4,800 members at the end of May making Chicago the sixth largest society in the world. Perhaps even more importantly, 367 members, or 7.5% of the membership base, was actively engaged on various Advisory Groups, a testament to the involvement amongst the Chicago Society members. 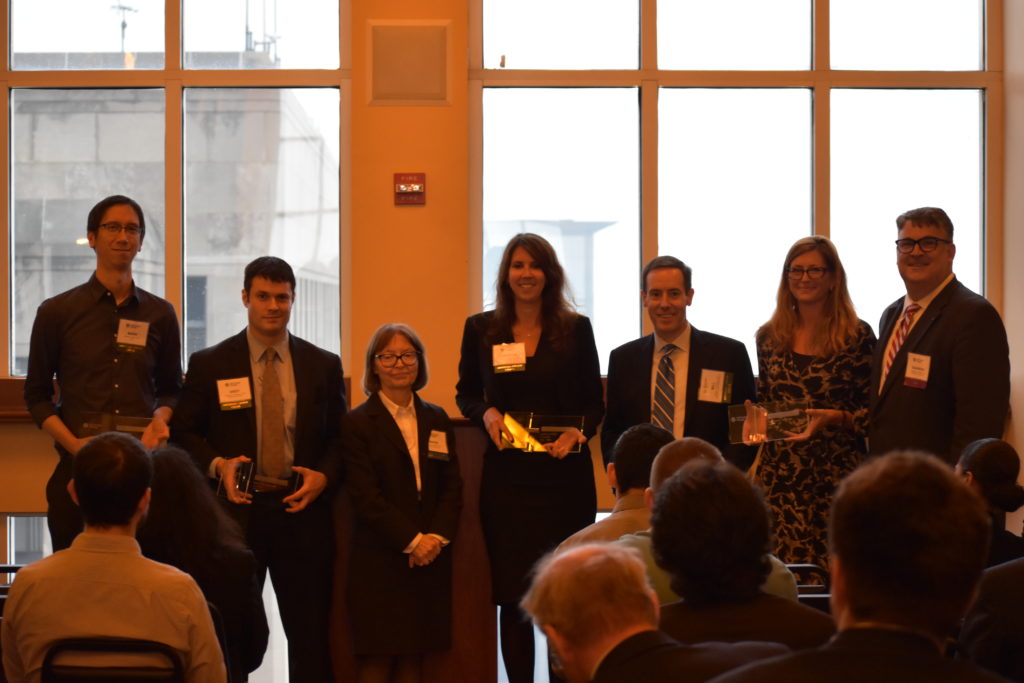 Over the last fiscal year ending June 30, the Society hosted over 130 events. Major highlights include the CFA Annual Dinner with over 1,000 registered attendees and 64 sponsors all actively engaged by the keynote speaker David Rubenstein, CEO and founder of the Carlyle Group after the recognition of 163 new charterholders. The Advisory Groups, or sub-committees functioning through volunteer members, also had a number of successes. The Education Advisory Group introduced a new fin-tech series with a special well-attended event discussing blockchain technologies. The Professional Development Advisory Group hosted a Starting your own RIA series and continues to grow its mentorship program.  The CFA Women’s Network hosted two events – Patricia Halper, CFA, on Factor Investing and a second event on taking control of your career.  The Social Advisory Group hosted a sold-out golf outing in Kohler, Wisconsin in partnership with the CFA Societies of Madison and Milwaukee. The Distinguished Speaker Series hosted several sold out lunches including prominent speakers such as Don Wilson, Myron Scholes, and Jeremy Grantham to name a few. Finally to wrap up the past years’ successes, the Society launched its new, mobile friendly, website used to distribute news announcements, host webinars and podcasts, and offer new ways to engage the membership base. 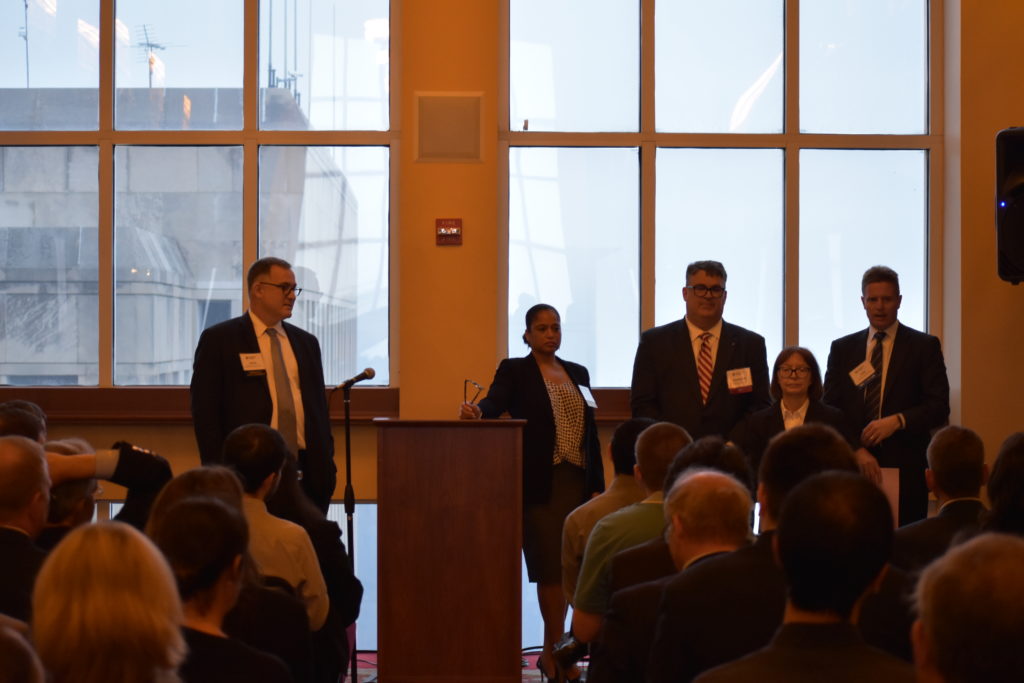 Tanya Williams, CFA, the secretary treasurer of CFA Society Chicago (2017-2018), shared with us the financial position of the Society over the prior fiscal year.  Overall the Society’s operating results were positive with a small operating gain primarily attributable to higher than anticipated proceeds from the Annual Dinner as a result of higher corporate sponsorship and minimal speaker fees. Alan Meder, CFA, chief risk officer at Duff and Phelps Investment Management also received an award for his dedication to the Society, which included a monetary portion of the award that he generously donated back to the Society. We then turned to Q&A where statistics surrounding female involvement in the Society was the most topical. 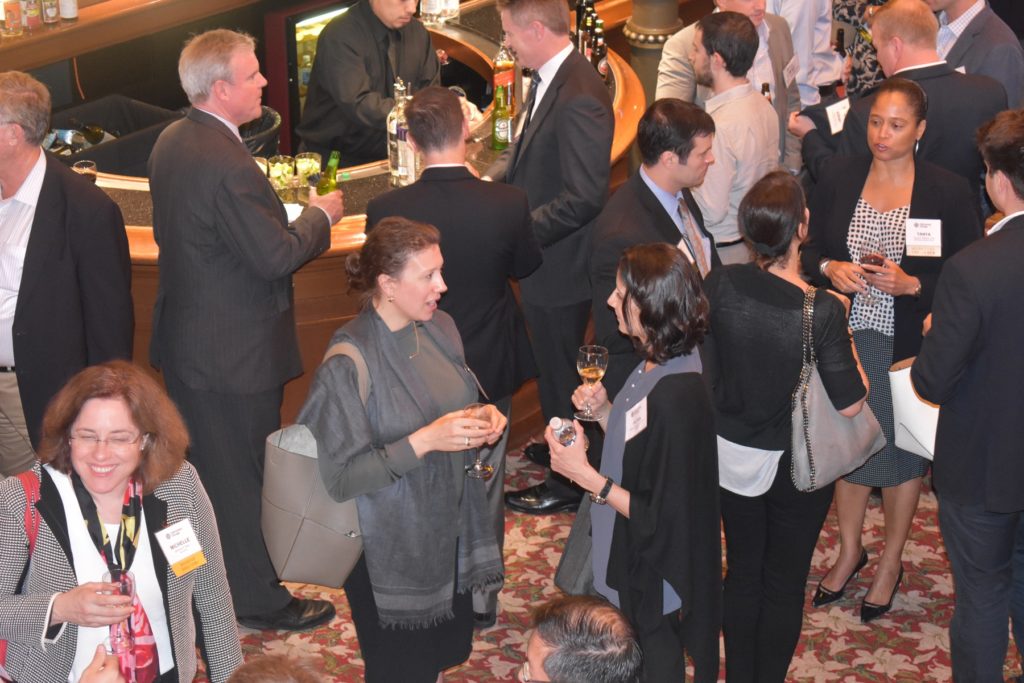 Currently, female membership has gone from 20% ten years ago to 12.5% today. Part of the reason of the decrease is due to the decline of women in the investment professional pipeline. With fewer women taking finance courses in their undergraduate and graduate programs, it is making it more difficult to have a more balanced gender base in the Society. To target the issue, CFA Society Chicago is actively working on making a commitment to increase female membership starting by working with the academic institutions to educate women on careers in finance. The CFA Women’s Network has also strengthened its events specifically geared towards women in the society. After Q&A, the current board introduced the new directors for the next upcoming year and recognized the outgoing leadership for all of their efforts and dedication over their prior term. 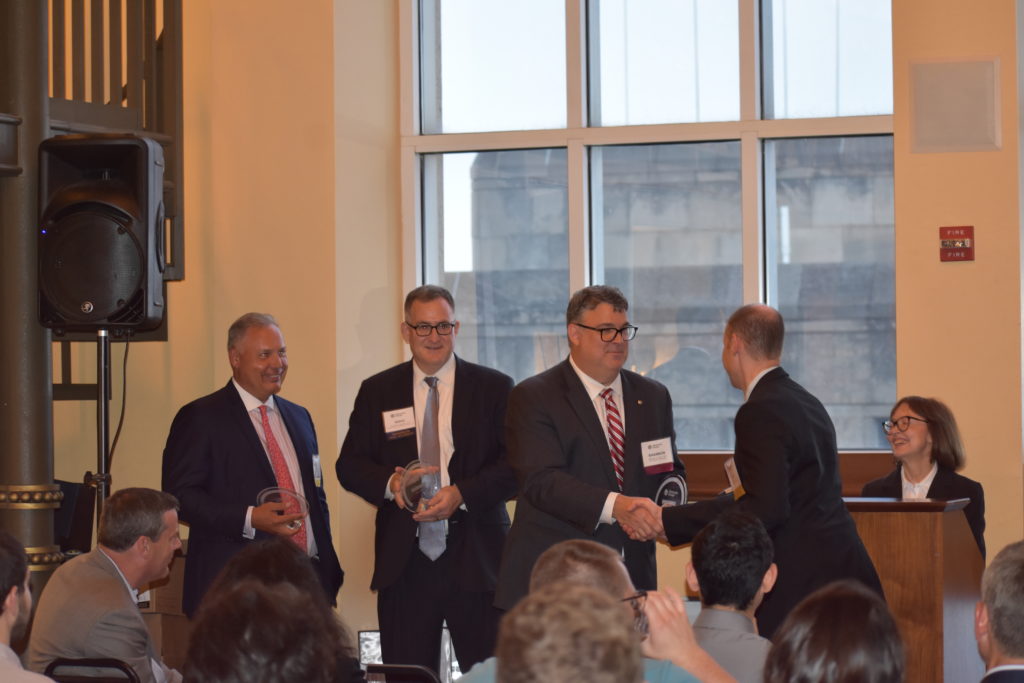 The event concluded with commentary from the incoming chair of the Society, Tom Digenan, CFA, who has served on the board for the prior two years and currently heads the US Intrinsic Value Team at UBS Asset Management. Tom shared his vision that with nearly 5,000 members and the best programs of any CFA Society in the world, it is our responsibility to carry our past successes forward and expand to an even brighter future. Tom recollected while he was studying for the CFA exam, “Make no small plans, they have no magic in them to stir men’s blood.  Make big plans; aim high in hope and work.”  CFA Society Chicago, he assured us, has no small plans. Continuing to improve membership involvement, providing the best programs and engaging with industry leaders, regulators, civil, political and local academic leaders will take the Society to the next level. An actively involved Society will make its CFA members indispensable to their employers and attract the best of the best talent to our organization. 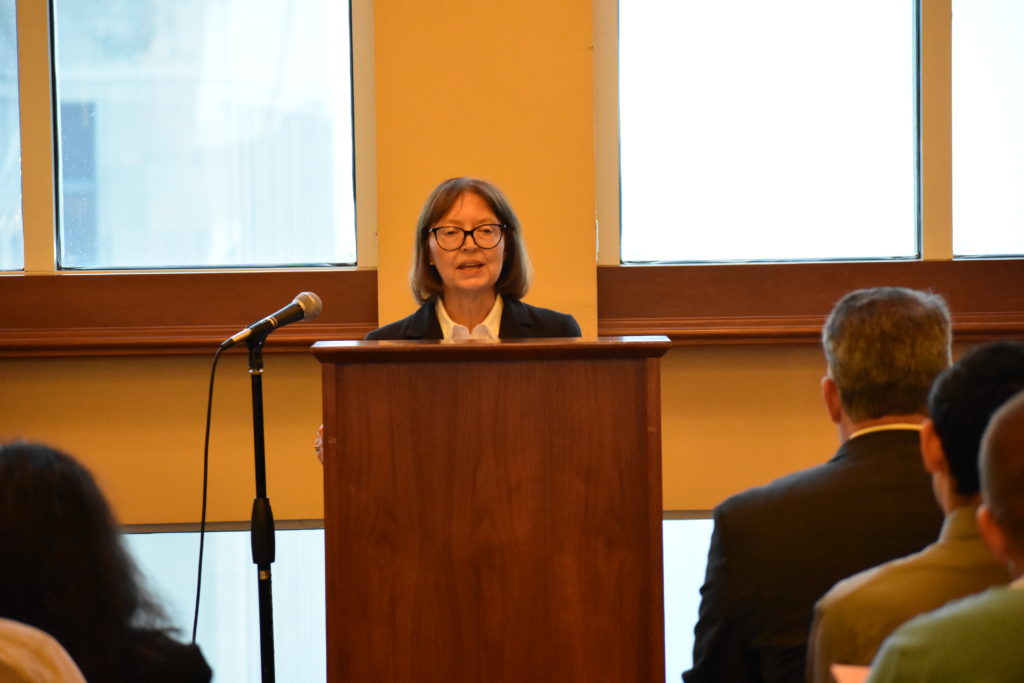 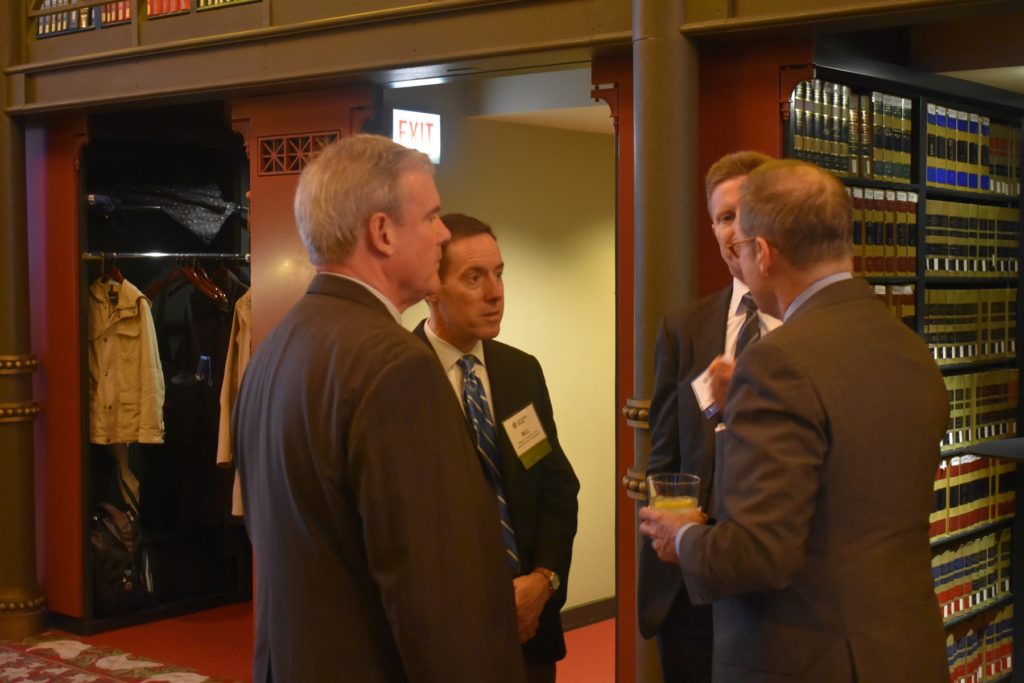 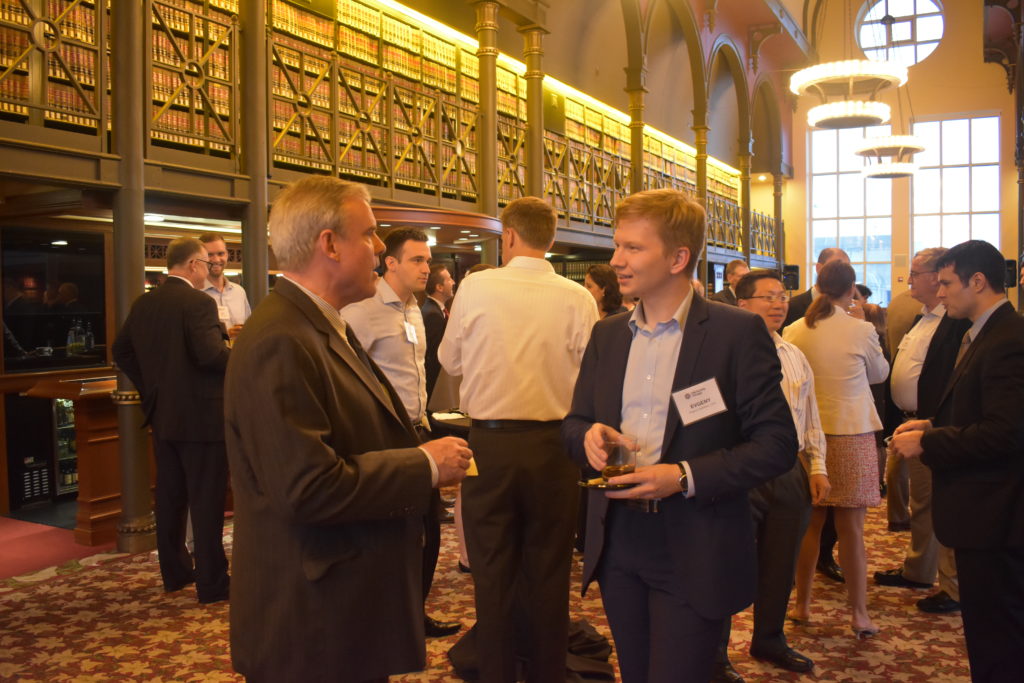 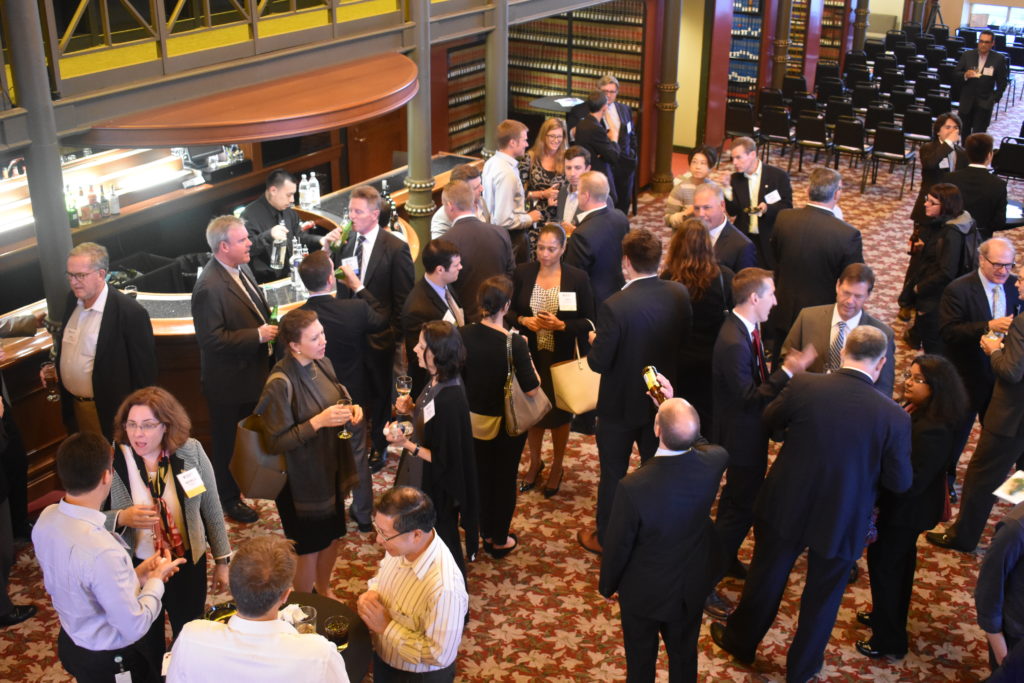 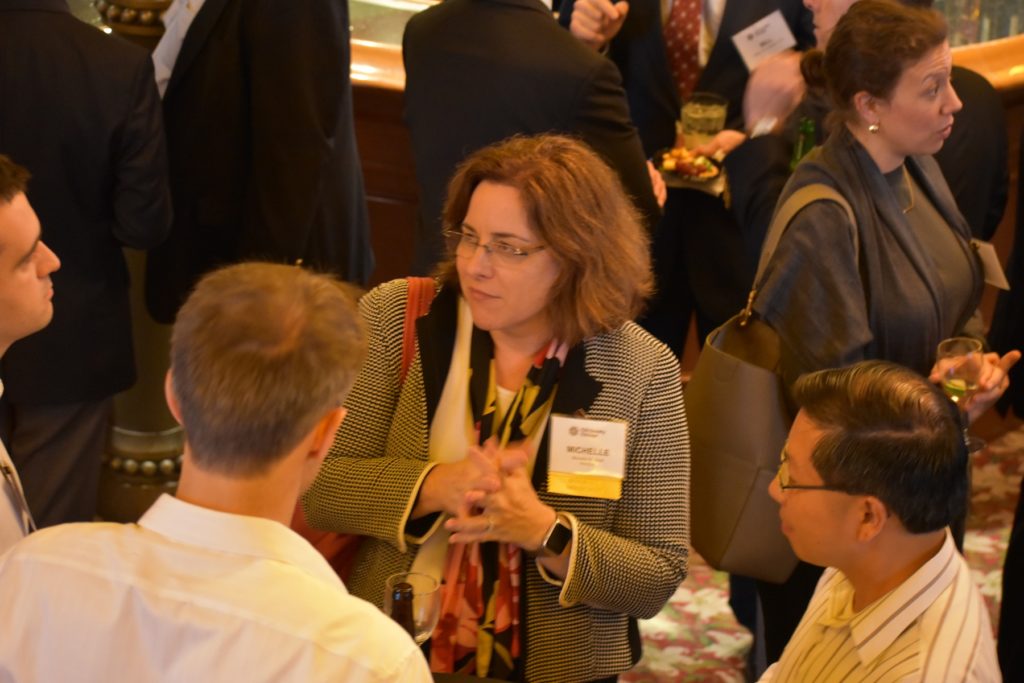 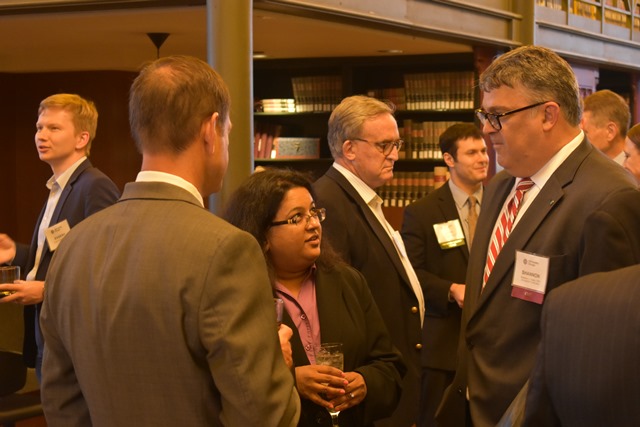