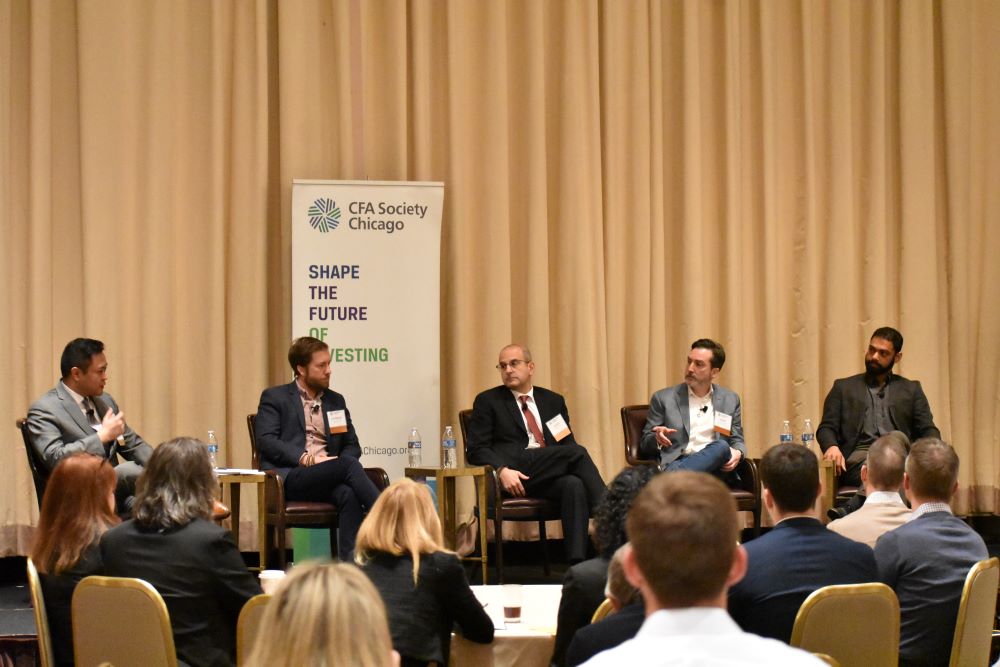 Cannabis could one day become a $4 billion a year market in the state of Illinois. In the state’s first month of legal cannabis, tax receipts have already reached $10 million. The medical and recreational cannabis markets are one of the fastest growing industries in the country. Have investors embraced these rapidly growing businesses and bought their equities en masse, driving marijuana stocks higher over the past year? Not exactly.

After a rather stunning debut with many marijuana stocks doubling between 2017 and 2018, the industry has come back to Earth since 2019. Many pot stocks have been cut in half or worse. Inton, who moderated the panel, began by asking the panel to help him understand why there has been so much volatility lately. Bachtell of Cresco responded that it’s likely because the industry is very new, its chief product remains illegal at the US federal level and many issues are still being worked out such as supply and access to banking.

Grossman of GTI mentioned that you often don’t hear much about the US multi-state cannabis operators on TV, with financial news outlets such as CNBC tending to focus on their completely legal Canadian counterparts like Aurora and Canopy Growth. This is perhaps because they might not want to annoy the FTC with discussions of companies that sell a product that remains illegal federally. Another factor that can limit investor interest and attention is the fact that GTI and other US cannabis producers usually don’t trade on major exchanges. The US and Canadian cannabis markets are also quite different operations: the US operators have limited access to capital due to the federal prohibition while their Canadian counterparts enjoy easier access to banking. Another pronounced difference between US and Canadian operators relates to branding and packaging: In Canada regulation prohibits much in the way of brand-conscious packaging while in the US, operators see branding and consistent experiences as a significant part of their value proposition.

​There’s a lot of hype around the industry’s growth, but ultimately isn’t cannabis just a commodity? Not in the eyes of a connoisseur. Similarly to how coffee drinkers’ taste for Arabica beans gave way to $15 bags of beans at Intelligentsia, marijuana executives are counting on a differentiated experience (more so about the effects of the marijuana high than the taste) as a crucial driver of their financial performance. GTI is among the larger US multi-state cannabis operators, with 12 states up and running, and they believe that providing a consistent product for cannabis consumers from California to Illinois will be important, similar to how a Big Mac ought to taste the same whether in Beijing or Belgrade. Cannabis operators know that they need to have a relentless focus on quality because given the high taxes on recreational products so far, it will be difficult to compete against the black market in price for the time being.

One of the biggest growth areas in cannabis right now is the 55+ segment, many of which have begun to use cannabis for help with sleep or pain. General wellness (described as “not necessarily medical usage, but usage that helps people ‘feel better’”) is another strong growth area. The panel noted that many people have used cannabis throughout history for insight and clarity of thought, including Carl Sagan, Buddhist monks and potentially even Shakespeare (archaeologists found pipes with marijuana residue underneath the Bard’s former residence). 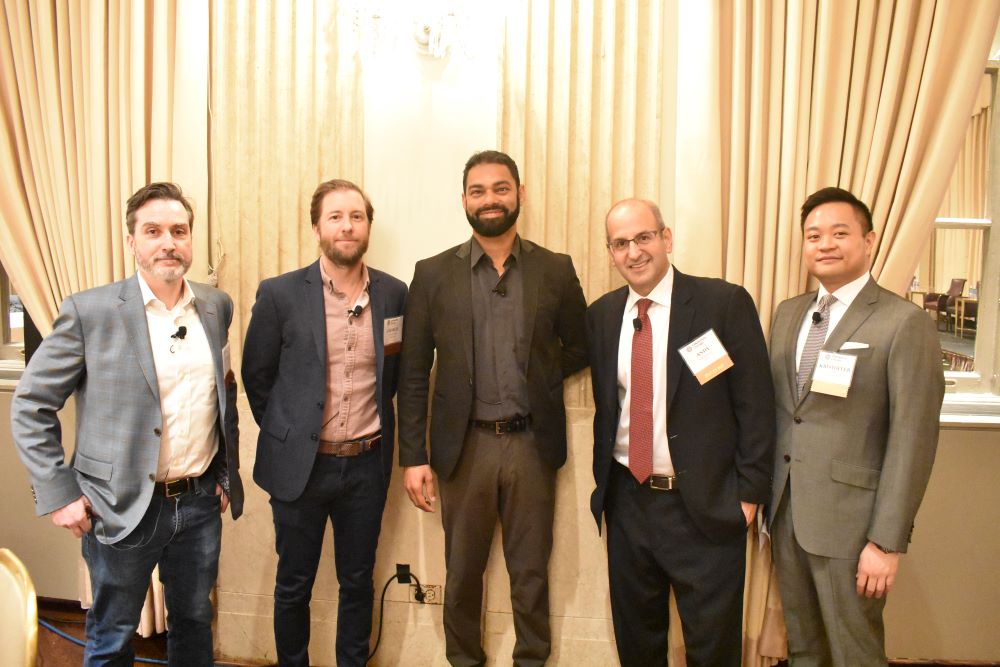 The million-dollar question, which would give the industry access to banking services and unleash a huge amount of consumption and competition, of course is ‘Will the US Federal government legalize recreational cannabis?” As one panelist noted, the legality of marijuana is hanging by the thread of a few molecules of THC. Hemp, a form of marijuana with a negligible level of active ingredient THC, is legal. The illegality of marijuana comes from its active ingredient, THC. One thought is that the path towards legalization of marijuana will look a lot like national support for gay marriage, which was legalized nationally in 2015. Prior to marijuana becoming outright legal, there will likely be incremental steps such as providing marijuana companies with access to banking.

Investors interested in allocating to cannabis stocks should look for firms with strong balance sheets, a record of performance and capable management. As Bachtell said, profits are what counts and “the We Work era of funding for hyper growth is over.” Those companies with positive cash flows that can stand on their own should be the focus. While a lot of the market remains private, there are still many options for the interested US investor to explore. One attendee asked about challenges such as the vape crisis of 2019 where hundreds were hospitalized after using defective marijuana vape cartridges. The panel thought events such as this lends credence to the legal, regulated marijuana industry, which should reduce harm vis a vis the current, unregulated black market for marijuana.