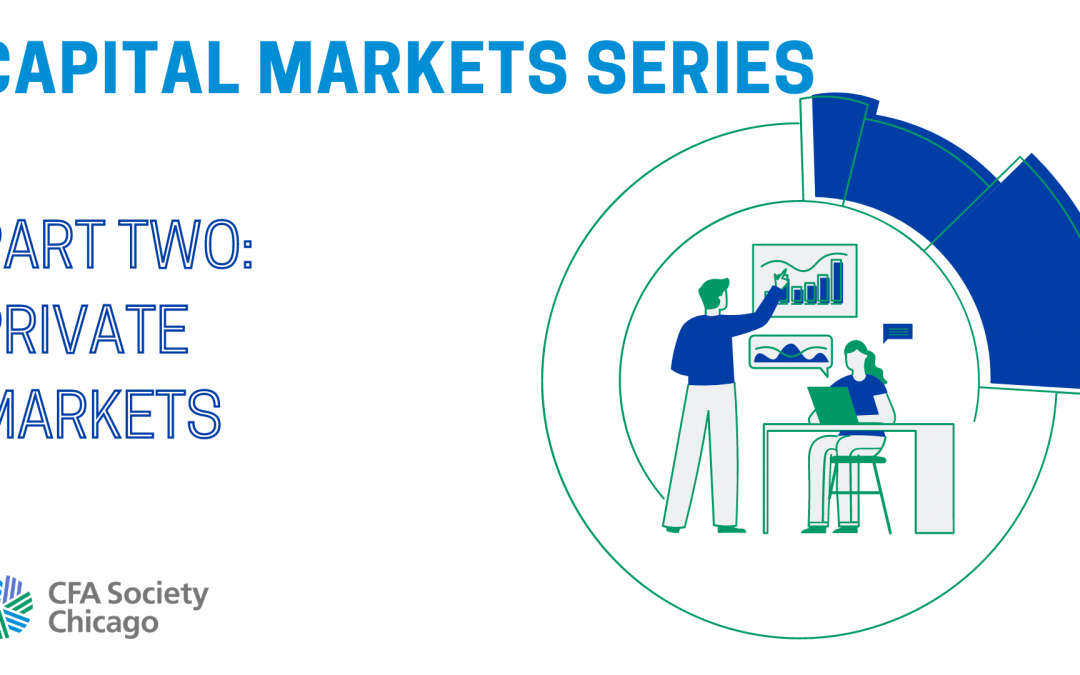 Barron opened the discussion by asking the panelists why private investment products are so attractive to investors. Guinney, opining from the perspective of high net worth investors, stated that they offer strategy differentiation and reduce common shareholder risk. He also explained that many of his clients like the ability to invest directly with the company and the inaccessibility of such investments. Koneru Haigh stated that the endowment likes these investments because of their high-return potential over the long run. O’Connell highlighted a similar reason for attractiveness, stating that the higher returns compared to public markets as well as the improved ability to find value through active management are attractive features for his clients.

Barron then dove deeper into the types of private investments available, asking the panelists about different private investments’ purpose in a portfolio and for their outlook on private investments’ projected performance. Koneru Haigh started by highlighting the two largest forms of private equity investment types—buyouts and venture capital. She explained that these investments have different financing profiles, with one requiring a considerable amount of debt leverage and the other relying more on creating more equity value, and thus have different risk profiles. Beyond these different product types, there are also different industry verticals to invest in, providing even further risk diversification. She capped off her response by providing a positive outlook for private equity investments stating that “some of the best companies come out of periods of recession.” Guinney followed up by stating that his clients often aren’t interested in venture capital investment because they are newly liquid high net worth investors and aren’t interested in putting their new found wealth at risk for someone else’s company. However, if they do invest in private equity they gravitate toward growth equity investments via buyouts and focus on industries that they are familiar with. He also offered a more apprehensive outlook on private equity investments, stating that he believed the growth in their popularity will depress returns. O’Connell rounded out the response by stating that his clients often aren’t attracted to private equity investments because they are too illiquid and his clients can’t afford to have their capital tied up for too long. Further, he explained that venture capital firms are often hesitant to take money from his clients due to concerns relating to the disclosure of their operations at early operational stages.

Once a baseline of private equity strategies had been established, Barron asked how private equity investments have been impacted by the COVID-19 pandemic. Koneru Haigh once again led the response by informing listeners that many private investments have seen an outflow of capital as comparable public investments have shown stronger relative performance during the pandemic. However, she also noted that investments must be analyzed on a case-by-case basis to find certain non-intuitive investment opportunities. Koneru Haigh then shared an example of a private baking goods company that saw a surge in value due to a spike in baking across the nation resulting from people being home more. Guinney and O’Connell both echoed Konery Haigh’s response.

Next Barron asked about private equity fund managers. He asked the panelists to share with listeners what criteria they focus on when selecting a private equity fund manager. O’Connell started by saying that—just like investing  with public equity investment managers—his clients demand historical returns to assess likely future performance, so Callan rarely invests with startup managers. Additionally, their due diligence will include a look at the investment managers’ teams and some portfolio construction analysis to determine fit with other investments. Koneru Haigh reiterated the importance of performance records and stated the endowment often won’t make investments in startup funds due to the lack of performance. Guinney echoed the same performance record concerns but stated that his clients are less sensitive to that requirement. Instead, they focus on gauging the aptitude of the investment team and whether the manager will meet their hurdle rate.

Drilling deeper into the due diligence process, Barron asked the panelists how they evaluate the management teams of private equity fund managers. Koneru Haigh started by saying her team looks at both quantitative and qualitative characteristics. From a quantitative perspective, they will focus on historical performance figures and determine who is receiving the profits. Her team does a lot of benchmarking for this part of the due diligence process to determine the reasonableness of returns and profit distributions. Additionally, her team will do a qualitative review of the managers, focusing on how the investment team works together. Koneru Haigh admitted that this part of the due diligence process has become challenging in the current environment because it is difficult to assess the cohesiveness of teams through a video call. Guinney followed up by saying that the quantitative assessment is often limited for his investments—due to limited historical performance records. So, Guinney’s clients will demand a higher hurdle rate of their private equity investment managers and focus on investing in “new funds with new strategies” in an effort to maximize upside return potential by minimizing competition.

Barron concluded the due diligence discussion by asking the panelists if they believe 3PTY valuation reports are a reliable way to assess investment performance for private equity investment managers—especially startup managers. O’Connell started off by saying that these reports are imperative for Callan’s due diligence process, but he acknowledged that they are not always reliable. O’Connell drew further attention to the smoothness of private equity valuations, stating that he believes the smoothness is a misrepresentation and that private equity investments are as volatile as public investments. Barron asked if O’Connell still holds these beliefs when evaluating startup managers, especially those with little or no historical performance. O’Connell responded by saying that it is rare that private equity funds, even new funds, have no track record—new funds will often have continuity of strategies from fund managers that formerly employed them. Koneru Haigh echoed this point and further emphasized the importance of a 3PTY valuation report for her due diligence process. Guinney again stated that his clients’ position is different and pointed out that 3PTY valuation reports are often unreliable for the types of “new funds with new strategies” that his clients will seek out. They also aren’t married to these reports because the due diligence requirements are less rigorous since his clients have sole control of their investment decision-making. After this response, Barron moved to the audience Q&A.

Is iShares US Real Estate ETF (IYR) a true indicator of the volatility in the private markets?

O’Connell: This ETF exhibits more price volatility than the underlying portfolio, which is a typical feature of ETFs. He elaborated that he believes the private market investments are more volatile than their public market counterparts, but less volatile than the representative ETFs make them out to be.

What are your thoughts on providing more access to private markets for retail investors?

Guinney: Asset managers are trying to democratize access to private markets by taking illiquid assets, like private equity, and putting them in more liquid vehicles, like ETFs. This trend is already growing rapidly in the private equity market and will likely lead to a depression of returns.

Is there higher sophistication required to identify good investment opportunities?

Koneru Haigh: Higher sophistication will be required as more money flows into private markets and drives down returns. Guinney followed this up by drawing parallels to the growth in popularity of hedge funds.

What is your view on SPACs?

Koneru Haigh: SPACs are an attractive exit opportunity for some of the endowment’s portfolio companies because it gets them to the market faster.

Guinney: SPACs are a rebirth from 15 years ago, and there was a reason their popularity waned then. He is skeptically of their newfound “effectiveness.”