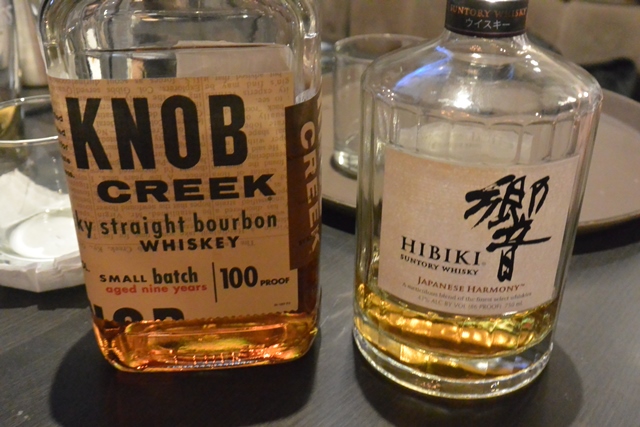 The CFA Chicago Social Advisory Group recently hosted a whiskey tasting to break from the cold and market doldrums. On January 20th, 2016, members of CFA Chicago along with  members from other CFA societies including San Francisco, Boston, and New York, joined current candidates and other investment professionals to enjoy the Winter Whiskey Warm Up at Sidebar Grille.

Always looking to expand their knowledge base, investment professionals dedicated themselves to fully fleshing out the differences between Bourbon, Rye, and Scotch. Attendees were welcomed with a Knob Creek Old Fashioned and were given tickets to redeem for signature cocktails including: Knob Creek Old Fashioned, Cutty Cooler, Rye Sazerac-Absinthe Spritz, and Caskmate’s Coffee.

Between enjoying a few whiskey based drinks, 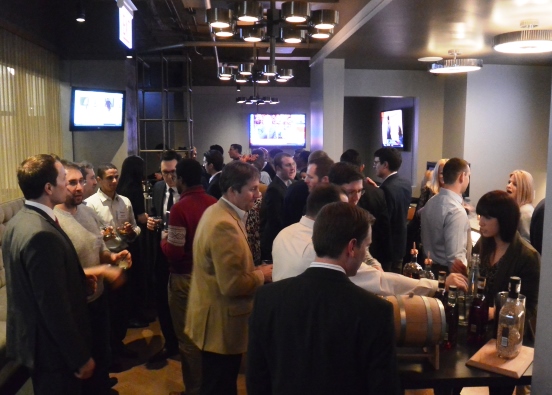 participants were able to learn more about each of the whiskeys. Four tables were arranged to allow a representative to share a couple offerings. Eli Johnson of Beam Suntory outlined the differences between the Japanese whiskey, Hibiki Harmony, and Knob Creek, traditional Kentucky bourbon. Cathy Gassner of Brown-Forman highlighted the dissimilarities between Woodford Reserve’s bourbon and rye offerings. Caroline Duff of Irish 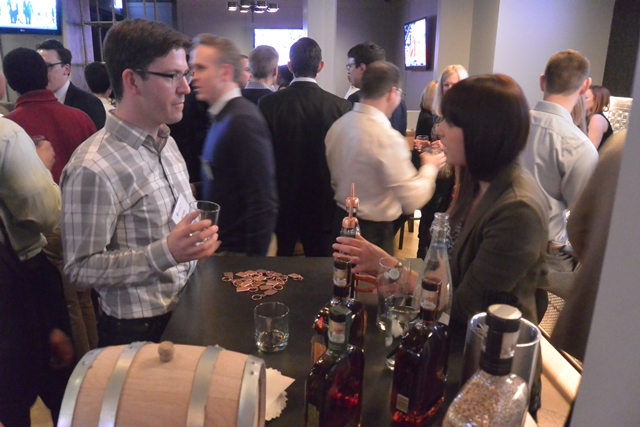 Distillers shared two offerings from Jameson that diverged from the common perception of “Jamo.”  Jameson Caskmates and Black Barrel Reserve offered a smoothness and subtlety that is not always available in Irish whiskeys.  Jillian Farrell of the Edington Group shared two scotches, the Cutty Sark Prohibition and Highlands Park Dark Origins, and offered insight on their finish and where they are distilled. Many guests agreed that the research was 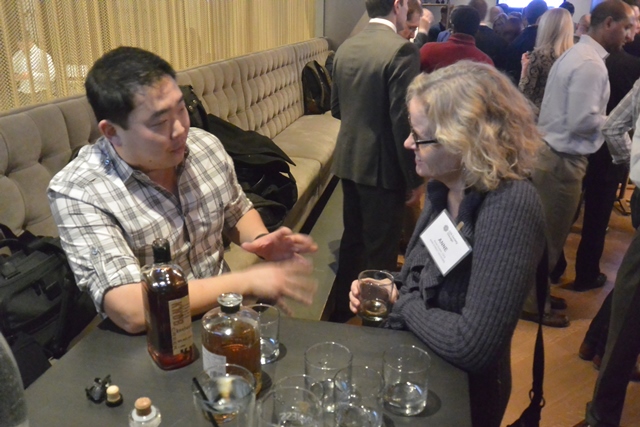 not complete without sampling each offering.

Movement between the whiskey tables, appetizer array, and bar afforded numerous opportunities to interact with others. Topics of conversation ranged from investments and careers, to sports, current events and everything in between. For reasons that aren’t immediately clear, conversations at the end of the event flowed much more freely than those at the start.