What a night!  It isn’t every day that we get to hear Cliff Asness speak and watch the Chicago Cubs become the World Series champions.  Who could ask for more?  The annual dinner is a time to celebrate new Charterholders and the vitality and diversity of our industry. 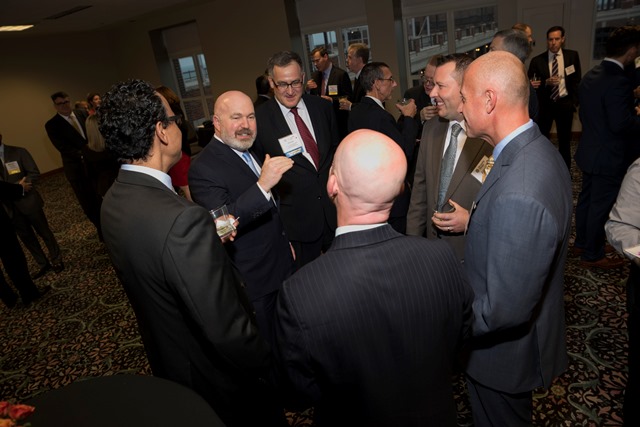 other over the cocktail hour at Chicago’s iconic Navy Pier’s Grand Ballroom.  The festive mood continued during the dinner as more than 900 attendees sipped wine and enjoyed fillet mignon, cod and dessert while waiting in anticipation for our keynote speaker.

Doug Jackman, CFA, Chairman of CFA Society Chicago, welcomed the crowd and congratulated the staff and the 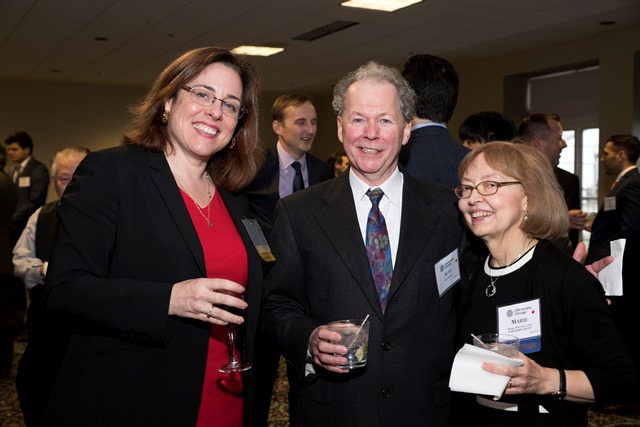 Annual Dinner Advisory Group on planning such a large and successful event.  As our society celebrates its 91st year, he recognized present and past boards outlining how our society along with the Boston and Philadelphia society formed the CFA Institute in seeking education, excellence in practice and integrity.  Jackman thanked our generous sponsors and moved on to a critical part of the evening – recognizing the 170 new Charterholders who were all “smiles”.  Jackman reminded us that obtaining the CFA charter does not happen in a vacuum. He acknowledged the immense amount of time, effort and dedication it takes.  He also acknowledged those who supported the new Charterholders during their arduous journey.  As an example, the fiancé of a new Charterholder at my table reflected on the team effort required and how she had quizzed her partner on formulas and concepts.

Richard Ennis, CFA, and George H. Norton, Jr., CFA (Posthumous) received the Hortense Friedman, CFA Award for Excellence.  One of the most prestigious awards in our industry, recipients are leaders chosen for their commitment to excellence and contributions to the investment profession and their communities.  Norton was noted as being a founder of the CFA Society of Nebraska. 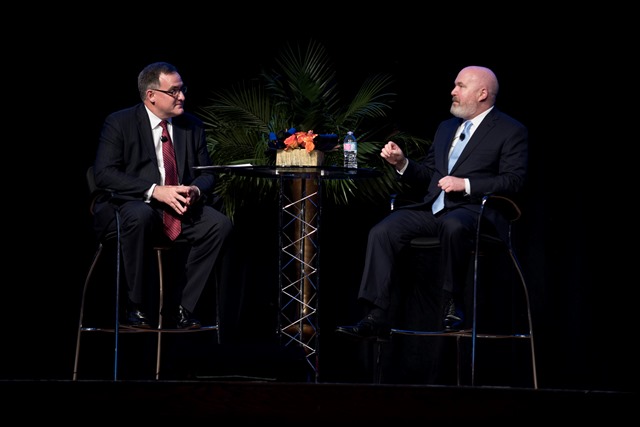 Michelle Seitz, CFA, introduced Cliff Asness and quipped that as evidenced by the robust attendance, careers take precedence over the Cubs game.  Seitz commented that as we gathered, we were celebrating excellence as competitors.

An icon in our industry, he is the Founder, Managing Principal and Chief Investment Officer of AQR Capital Management.  His stellar resume includes receiving five Bernstein Fabozzi/Jacobs Levy Award from the Journal of Portfolio Management, the James R. Vertin Award from CFA Institute and three Graham Dodd awards from the Financial Analysts Journal.  In his spare time, he serves on the editorial board of the Journal of Portfolio Management, the Governing Board of the Courant Institute of Mathematical Finance at NYU, the Board of Directors of the Q-Group and the Board of the International Rescue Committee.   Anyone who has read Asness’ 2009 letter to President Obama in response to criticism of hedge funds for not gobbling up Chrysler bonds in 2009 know that to call Asness dynamic would be an understatement.  We experienced this as Asness engaged us through an interview exchange with Doug Jackman. 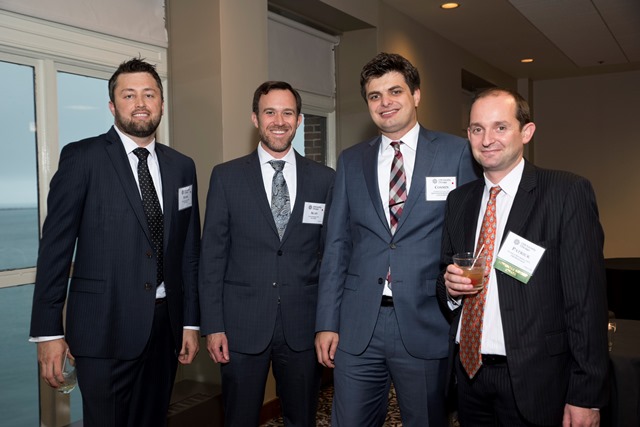 As mathematician, Asness has firm roots in academics and is one of Eugene Fama’s star pupils.  Jackman joked that Fama thinks Asness is one of the most gifted of his former students because of his superhero tattoos.  We don’t know if Asness has any tattoos but we do know he is a powerhouse who has moved the needle in the world of quantitative investing.

When asked how the University of Chicago impacted him, Asness responded that he felt 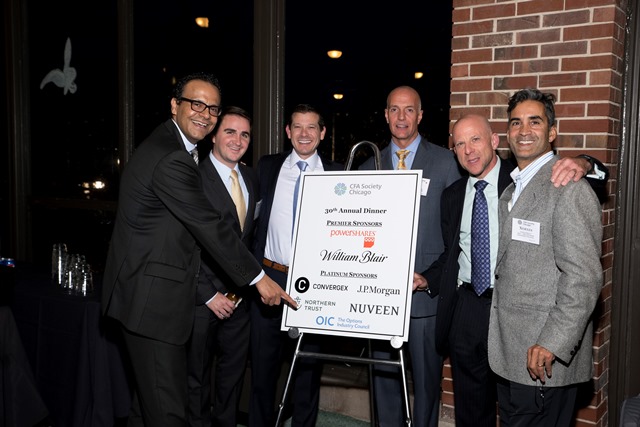 he had a fair amount of luck and that Fama’s open mindedness was amazing.  He felt lucky to be in an environment where Fama supported his students.  Fama encouraged him to write his dissertation if the data supported it – even if it contradicted Fama’s theories. Fama was dogmatic but would change his mind if shown the data.  Asness wrote most of his thesis while working 90-hour weeks at Goldman Sachs and having two sets of twins that were eighteen months apart.  He joked that this was a “gross failure of risk control” which drew chuckles from the audience.  He commented on how the process for his dissertation was what we would now consider slow, sending versions of his work back and forth to Fama via Fed Ex. The interview migrated to hotly debated topics in the industry.

Jackman broached the active versus passive debate, an ongoing hot topic – especially for exchange-traded fund providers.  Asness ascertained that active managers provide liquidity needed in the market.  Active management is needed and has a vital place in free enterprise.  In terms of smart beta and a factor trade, he noted that it all comes down to what factors you believe in but data mining is a concern that we need to be aware of as investment professionals.

Robo advisors are another significant topic.  When asked where he thinks they will be in ten years, Asness answered that he really didn’t know the answer but believes that they will favor indexing and lower fees.  He went on to say that the dislocations in the technology world will embrace more factor and smart beta investing concluding that this could force our industry through a bad period for a short- or medium-term period and the growth will not be linear. 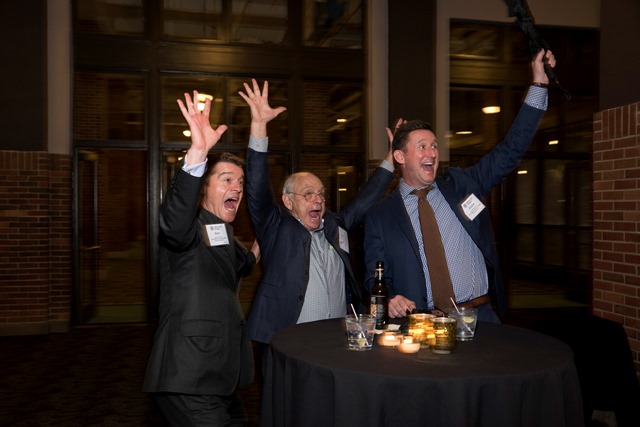 When asked to weigh in on career advice and baseball, Asness stresses to go for something you are passionate about and if possible, lucrative.  When asked about Cubs versus Indians, the Yankees fan who rooted for the Cubs as a University of Chicago student clearly chose the Cubs.  Always a mathematician, he told us a story about how improbable it has been for the Cubs not to win the World Series for over 100 years.  If you compare this 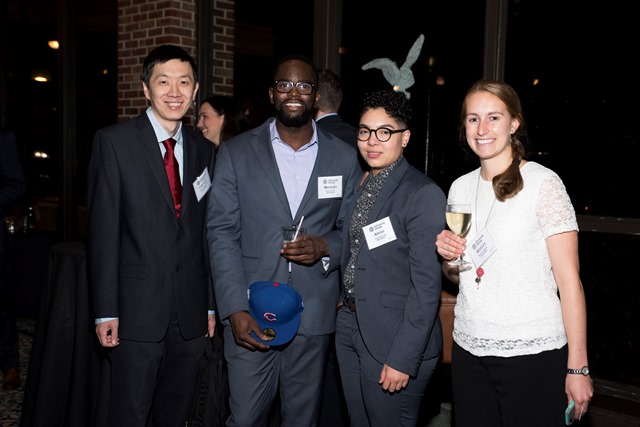 We thanked Asness with thunderous applause and exited either to enjoy the post-dinner reception or to rush to a venue where we could watch the Cubs and their historical win.

A night to remember! 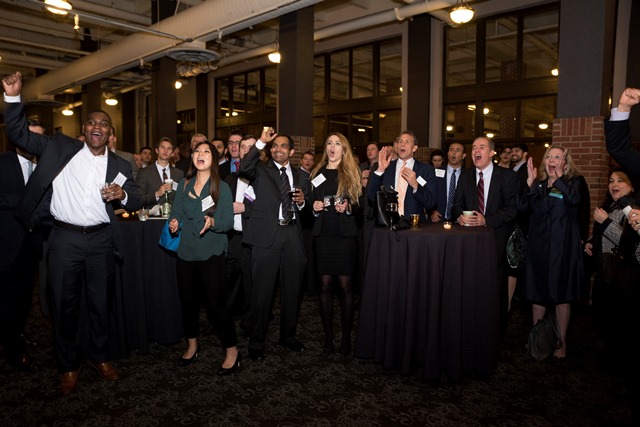 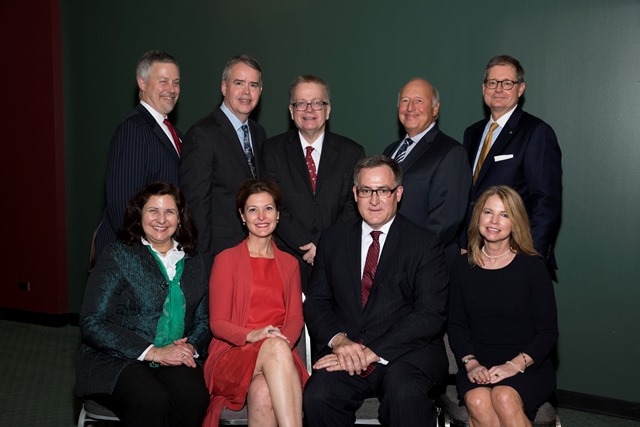 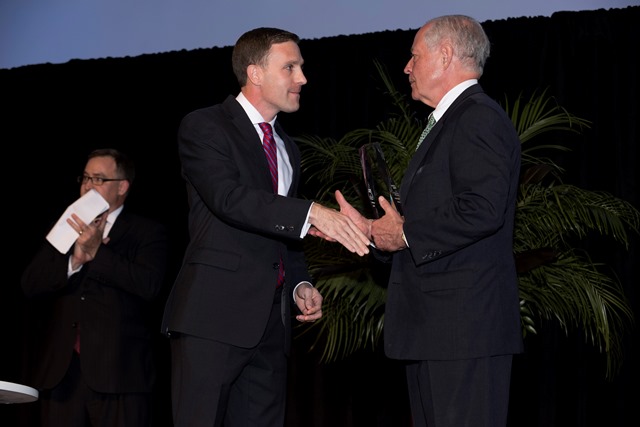 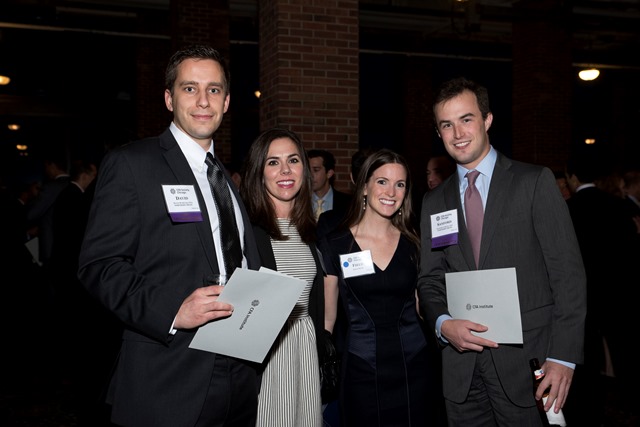 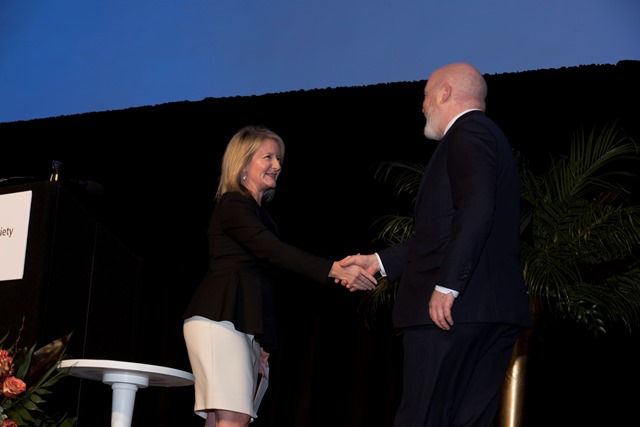 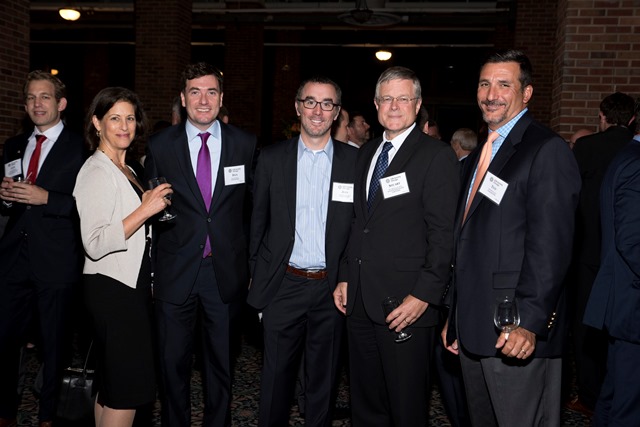 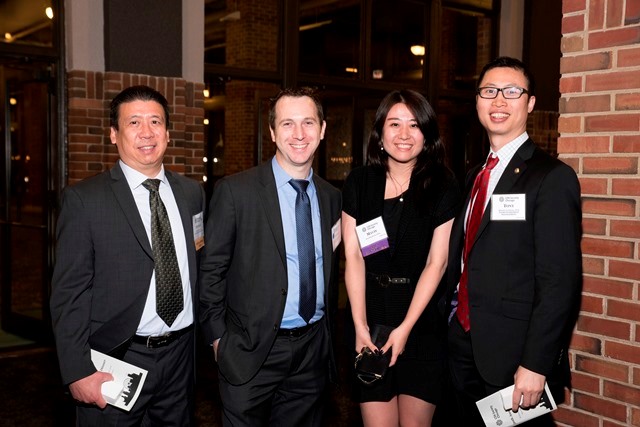 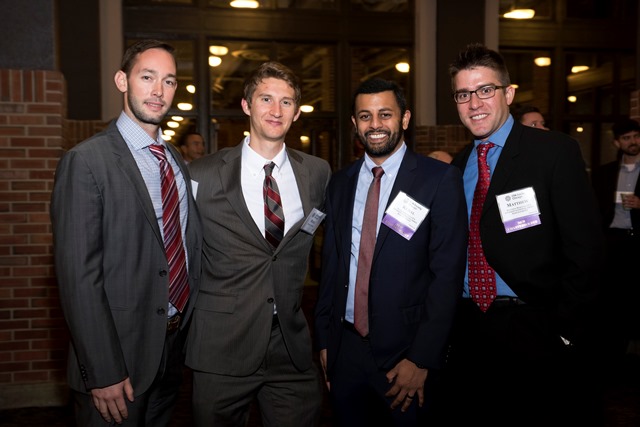 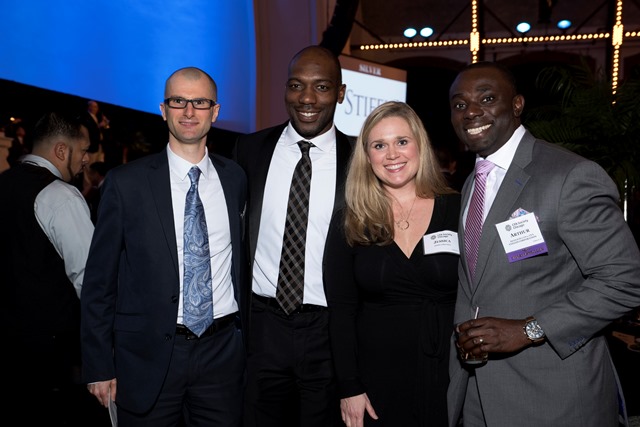 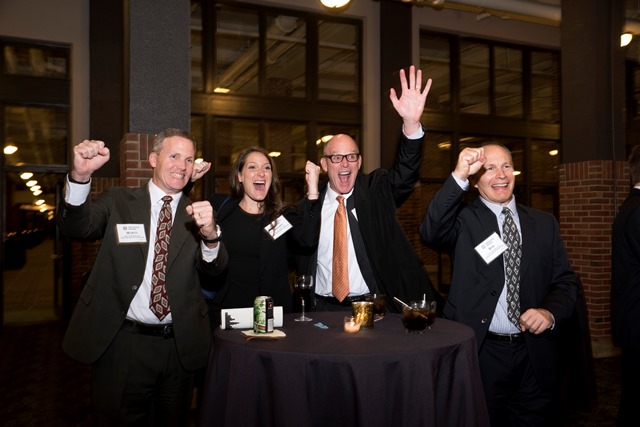