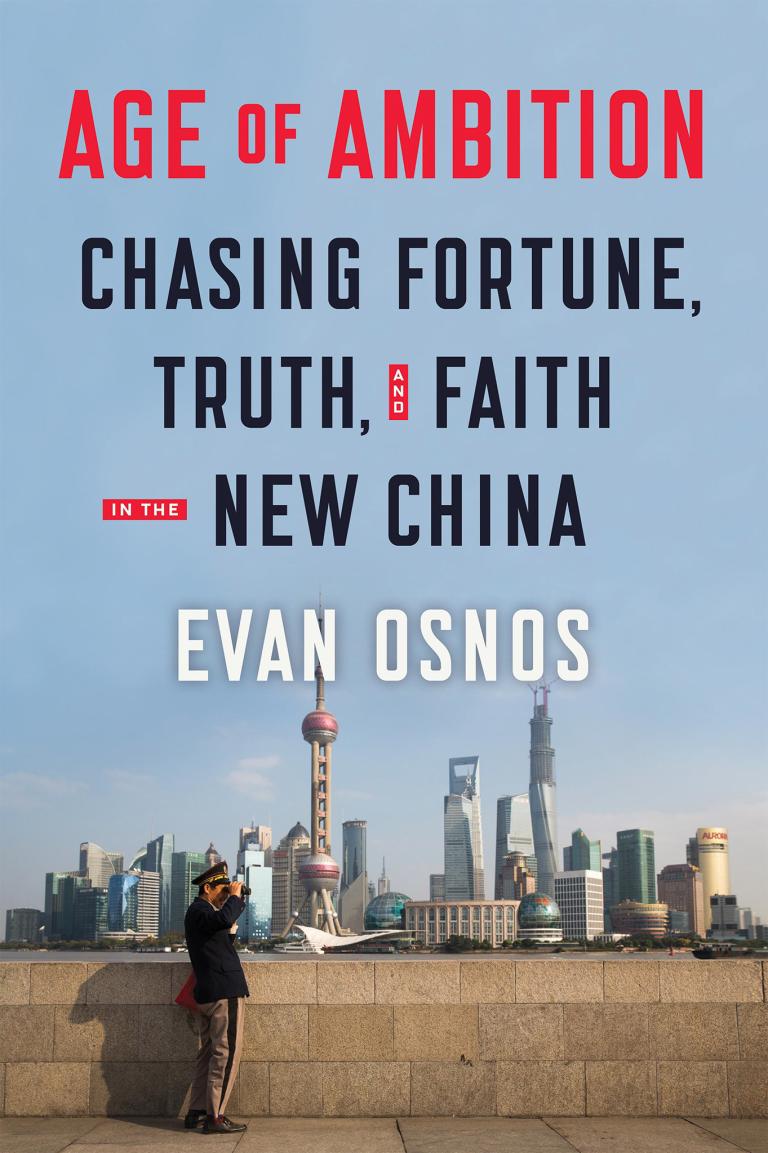 Most of us have a well-formed macro perspective on China. It’s the world’s second largest economy and a key U.S. trading partner with growing influence in Asia and globally. In Age of Ambition Evan Osnos takes us beyond the statistics, building a complex portrait of China through its people. The author introduces us to citizens from all walks of life with widely different views on politics, the economy, social issues and the Country’s future. He reveals the monumental changes, challenges and contradictions China faces by telling their stories, tracing their lives over the years and exploring their goals, aspirations and attitudes. It’s an up close and personal look that’s highly engaging.

We also meet conservative nationalists like Lin Yifu who defected from Taiwan to China in 1979 with the dream of helping China reclaim its greatness. He became a chief economist at World Bank and evangelized China’s central planning methods. Tang Jie is a graduate student whose viral patriotic video inspired Chinese people to stand against protests of China’s repression in Tibet. He and other nationalists view foreign criticism as part of an ongoing plot to encircle and weaken China. Interviews with these and other personalities span years and it’s fascinating to observe how their views develop as the country rapidly evolves.

The author takes us beyond the headlines of scandals and disasters like China’s real estate boom, organized crime and explosive growth in Macau, riots in the Uighur region, earthquake in Sichuan, conflict with Japan over the Diaoyu Islands and the “Harmony Express” bullet train crash. State controlled media tries to shape these stories but is often undermined when details emerge. The collapse of schools in the Sichuan earthquake and the “Harmony Express” crash were eventually linked to corruption that allowed shoddy building practices. Fraud was so widespread in the railroad ministry that its chief Liu Zhijun was convicted of taking kickbacks and bribery to win a Party Central Committee post. However, the truth-seeking public also can pay a price. After the Sichuan earthquake, parents who demanded information about missing children were detained.

Several book club attendees thought the author could have quantified the material better. And we also noted he doesn’t take a position or recommend action to resolve the country’s challenges. It’s true, Age of Ambition isn’t China-by-the-numbers, but it does offer rich insight into the Chinese worldview and their perspective on the country’s challenges. Our discussion was made especially interesting having Yunjin Wang and Yang Xu, CFA, add clarity and context about their home country. Both felt the book was accurate, but also noted significant changes have occurred in the short time since it was published in 2014, including the crack down on fraud and tightening of the “Great Firewall” by incoming President Xi Jinping, as well as the profound effects of ongoing economic shifts.

Key takeaways from Age of Ambition were the existential threats facing the Communist Party and their hold on power:

Market-based policies have created dramatic growth, but the benefits have gone mostly to politically connected businessmen and officials. China’s true Gini coefficient of wealth distribution is estimated at 0.61, among the world’s worst. This inequality stands in stark contrast to the Party’s ideal of a classless society. There’s growing frustration with the lack of social mobility. Wages for college grads have been flat since 2003 and there are six million new college grads per year. Meanwhile economic growth is slowing. “Parental connections” were found to be the most decisive factor in a child’s earning potential instead of “parental education,” the typical factor in other countries.

The Party is wary of fast-moving ideas, even those that support the government. Control of information is absolutely crucial to them and the book gives a fascinating look at their methods: the “Great Firewall,” text message monitoring, “Fifty Centers” paid to disrupt sensitive online conversations, orders issued to news outlets and publishers on forbidden words and topics, etc. But despite this censorship we see how artists, bloggers and activists use the internet to expose corruption and express their views, often with tragic consequences. Internet and mobile phone penetration are growing fast, so this challenge will continue.

To transition its economy toward domestic consumption and grow its service industries, China needs to foster innovation, but official propaganda aiming to have citizens “sing as one voice” and a deeply-rooted requirement for conformity work directly against building a culture of creativity and innovation.

Overall, Age of Ambition is a well-written and highly insightful book that’s sure to enrich your understanding of China’s people, challenges and future.