CFA Society Chicago Book Club: Blockchain Revolution: How the Technology Behind Bitcoin is Changing Money, Business, and the World by Don Tapscott and Alex Tapscott 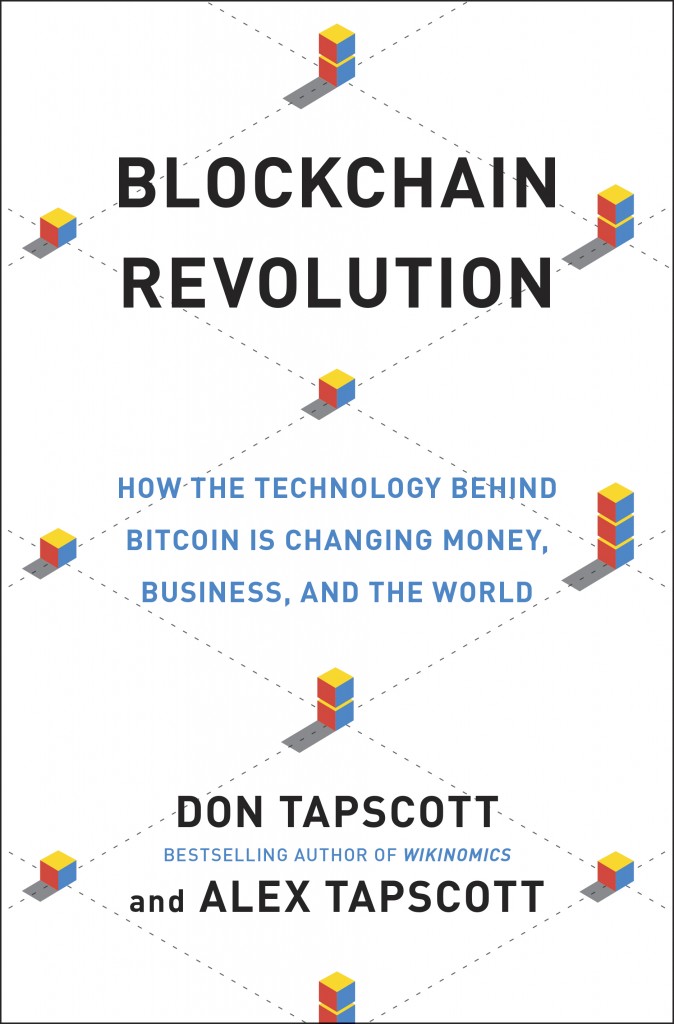 Blockchains are simultaneously feared as a disruptive threat and lauded as a technological panacea, often with little understanding of how they actually work and often with little practical consideration of how they might be implemented. Don Tapscott and Alex Tapscott (father and son, respectively) assist the layperson in understanding how blockchains work and how they could be used in Blockchain Revolution (2016). The authors also, unfortunately, further delude the technological utopians by proposing seemly endless possible uses of blockchain technology while failing to address some of the practical considerations of implementation.

Starting with the positive, Blockchain Revolution is one of the first resources to both explain blockchain technology and to fully explore its potential uses beyond the now somewhat familiar bitcoin. Bitcoin is the digital currency created by “Satoshi Nakamoto” in 2009. Satoshi Nakamoto was the name that was used in internet chat rooms and the like by a person or group of persons who claimed credit for creating the cryptocurrency. Soon after creating bitcoin, Satoshi Nakamoto disappeared and the identity or identities behind the name never have been revealed. Replete with a dubious creation story, bitcoin maintains a religious, cult-like following despite scant uptake and usage. The history of bitcoin has been told elsewhere, including in Paul Vigna’s and Michael J. Casey’s The Age of Cryptocurrency (2016), which was the book of the month for the CFA Society of Chicago’s Book Club in February 2016.

What hasn’t been told widely until now are the other possible applications of the technology underlying bitcoin, the blockchain. A blockchain is nothing more than a ledger for recording transactions. The double-entry bookkeeping system that forms the foundation of modern accounting is widely attributed to Luca Pacioli, a Franciscan Monk and mathematician who lived in the 14th and 15th centuries. There are earlier claims to the discovery, which probably have some merit. There are probably undiscovered cave scribbles that merchant cavepeople used to record exchanges of spears and mastodon parts. As long as there’s been commerce, there’s been the need to record exchanges, and ledgers in some hasty form have probably served the part from time immemorial. The difference between blockchains and most previous ledgers is that previous ledgers resided with a trusted central party to the transaction, whereas blockchain ledgers are distributed, meaning that every member of a network retains a copy of the ledger. When there is a new transaction in the blockchain, members of the network that maintain the ledger verify the authenticity of the new transaction, append it to the chain of all previous transactions, and transmit the updated chain to the network.

That distributed feature is what poses the disruptive threat to numerous businesses that are based on intermediating markets. For example, the Uber business model is based on a central party that sits between drivers and passengers, links the two, and takes a slice of the profits in transaction fees. Similarly, Airbnb disrupted the hotel industry by intermediating the market for lodging by linking people who have spare capacity in their homes with travelers looking for a place to stay. Blockchains could further disrupt the disruptors by allowing those parties to transact directly and take out the middleman.  The Tapscotts mention several other less obvious areas where blockchains could be used to intermediate markets or keep records, such a land and property deeds, personal medical and financial information, stock and bond offerings, contracts, and wills. The authors even argue that intellectual property such as music and other artwork could benefit from blockchains by allowing artists to control access to their works and charge a royalty fee directly to end users when they access them.

The oldest and largest business based on intermediation is, of course, banks. The primary function of banks always has been to intermediate the market of lenders and borrowers. Without banks, potential borrowers could find themselves having to go door-to-door, pleading for loans and negotiating the amount and the terms of the loans with each potential borrower. Banks have always done that legwork primarily by taking deposits and issuing those deposited funds as loans. Add credit and debit cards, foreign exchange, settlement, custody, and clearing to the mix and banks make considerable profits just by sitting between market participants, recording transactions, and taking fees. The Tapscotts and other blockchain utopians contend that all such businesses based on market intermediation will become unnecessary and disappear due to blockchain technology.

The CFA Society Chicago Book Club members who met to discuss Blockchain Revolution during their March 2017 meeting agreed that the range of possible blockchain uses was enlightening but found the tone of the book overly optimistic and found the treatment of implementation challenges lax. Take contracts, for example. The Authors seem to presume that blockchains will obviate the need for traditional contracts and courts to enforce them. A hypothetical blockchain contract might look as follows: A stadium owner engages a vendor to fix the plumbing in his stadium. When a credible party who has access to verify that the work has been completed confirms successful completion of the work in the blockchain, payment is automatically distributed. But what if the stadium owner contests the quality of the work? Was the vendor merely to fix the plumbing so that it didn’t leak or was the vendor supposed to restore the plumbing to like-new status? What if the stadium owner was relying on the repairs being completed by a certain time so that he could host a concert? If the vendor doesn’t complete the repairs, is it liable for the foregone revenue due to the stadium owner’s inability to host the concert? These are not far-flung hypotheticals. Contract law deals with those issues constantly. It’s not clear how blockchain-based contracts will be any better than paper-and-pencil contracts in terms of interpretation and adjudication.

Safety and security of blockchains is given similarly little treatment. Assuming for the sake of argument that the double key encryption technology that blockchains use makes them impenetrable to hackers, they could always just access blockchains using stolen passwords. And unlike when someone fraudulently uses a credit card, there is no legal department at bitcoin to contest the fraudulent transaction or IT department to reset the password.

Blockchain usage will undoubtedly increase. Even without blockchains, market intermediation for a variety of products and services has become increasingly automated and that trend will continue whether by blockchains or by other means. The consequence of that for banks and financial institutions is that they won’t be able to rely as much on the simple act of intermdiation for revenue and will instead have to increasingly compete on knowledge and customer service. Even now customers no longer need banks to purchase a variety of financial products and services, but retail and commercial customers still come to banks and financial institutions for sound advice and financial planning—and to reset their passwords.

Despite its shortcomings, Blockchain Revolution is an important contribution to understanding rapidly evolving blockchain technology, and hopefully others will step up to fill in the missing parts of the puzzle concerning how blockchains will be implemented and administered.