CFA Society Chicago Book Club: The Green and the Black: The Complete Story of the Shale Revolution, the Fight Over Fracking, and the Future of Energy by Gary Senovitz 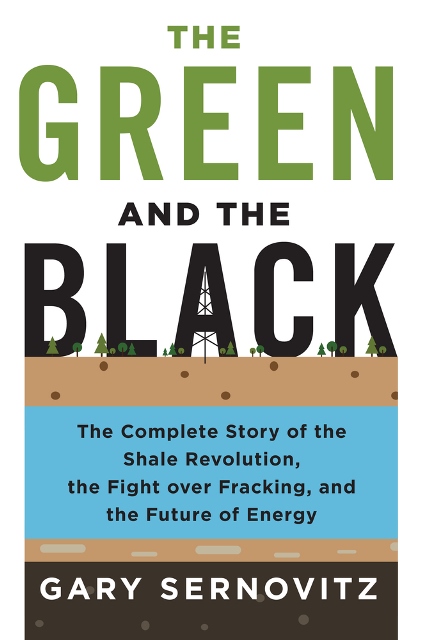 One of the benefits of being a part of the book club is learning about industries, markets, or products that are outside one’s normal course of life.  I know little of the oil and gas industry, having spent most of my life researching and working in the financial service industry.  I would encourage everyone to keep an eye on the Book Club upcoming lists, and choose one or two that would increase your breadth of knowledge and join us for the discussion.

What happens when a self-described New York liberal (the Green) meets an oilman (the Black)?  Or in an interesting twist of fate they are the same person?  Senovitz is a Managing Director of a Private Equity firm (Lime Rock) in New York that specializes in the oil and gas industry, and is also a devout liberal worried about environmental issues and the future effects of climate change.   The end result is a very entertaining and even handed account of hydraulic fracking and a great story of its history and development.

The book begins with the history of hydraulic fracking and with riveting accounts of its biggest pioneers such as Audrey McClendon of Chesapeake Energy, George Mitchell of Mitchell Energy, Mark Papa of EOG Resources  and Harold Hamm of Continental Resources.  The four are described as the Mount Rushmore of the Shale Revolution.  Their stories are a big part of the boom that led to the success of fracking: risk takers always seemingly on the edge of bankruptcy.  They persevered by staying true to their beliefs and their refusal to give up while others scoffed and laughed at them.  Many accomplished their success, simply because they did not know what else to do but continue to try.

The narrative continues to wind through many of the issues surrounding fracking.  The author breaks down the Documentary Gasland as more staged propaganda than facts and leading to an unneeded public hysteria, but also highlights real concerns such as surface contamination and noise which are very damaging and must be properly managed.  Senovitz remains tortured that fracking will lead to more carbon use, but he runs through large amount of statistics to make his case that it is really a natural gas boom that has led to the United States greatly reducing its dependence on coal and lowering its carbon emissions.  Other benefits include creating jobs, reducing American dependency on foreign energy and improving lives globally by spreading cheaper energy worldwide.

The author also describes the ongoing battle between the Yes in My Backyard (YIMBY) vs. the Not in My Backyard (NIMBY) factions.  States like New York and California (NIMBYs) have no problem utilizing massive amounts of the energy from states like North Dakota and Pennsylvania (YIMBYs), but refuse to let fracking on their home turf.  This visible hypocrisy is well discussed, and the author leaves no doubt that the NIMBY’s arguments are more political than sensible economic or scientific positions.

We found the book to be quick paced, and enjoyable.  The narrative provides a wealth of information that is important for all to consider on this controversial activity.  The Green and the Black is one of those special books which keep many of us returning to the book club.  Please join us in the future; we believe you will not regret the time.