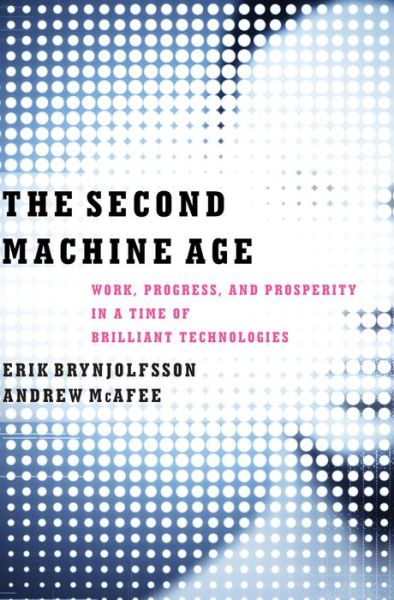 The CFA Society Chicago book club met on Oct 20th, 2015 to discuss The Second Machine Age: Work, Progress, and Prosperity in a Time of Brilliant Technologies written by MIT professors Erik Brynjolfsson and Andrew McAfee.  The book discusses the digital age and how it will impact our global economy.  To start off, the first machine age was attributable to the evolution and invention of the steam engine.  If you viewed an economic graph of human history, you would find relatively stagnant economic growth going back thousands of years until the chart vertically takes off around the late 18th century.  Technology is clearly what has shaped recent human history starting with the steam engine which led to the industrial revolution, internal combustion engine, electricity, and supernormal growth.  Like today, there was significant concern new technologies such as the steam engine would displace millions of workers.  While there were certainly many people that were impacted, people eventually evolved and adapted to the new opportunities that were presented by the invention of the steam engine.  There was a lag, but then a significant rise in employment and growth.  Looking back in history, new technologies have destroyed jobs but have also created new jobs albeit on a lag as people adjust and educate themselves to the newer times.  While it took a couple of decades for the invention of the steam engine to turn into the industrial revolution, the authors see the same evolution happening in the digital age.  While there are many similarities between the industrial revolution and the digital age, the former was about automating physical labor while the later is focusing more on cognitive tasks.

The next major inflection point is upon us due to the major breakthroughs in robotics, artificial intelligence, 3D printing, and the expanding computing power of the smart phone.  Google announced in 2010 that they had successfully created the autonomous car that can navigate on major freeways with the help of sensors, algorithms, and meticulously preprogrammed street mapping technology.  Long after the computer beat the world’s best chess player, Watson came along in 2011 and beat our best Jeopardy players.  More recently in 2014, Microsoft announced that not only could we communicate with anyone in the world for free via Skype, we could also communicate with anyone speaking any language via a real time translation service.  The computing purchasing power has been doubling almost every 18 months and while it is always dangerous to extrapolate, the authors don’t see this trend slowing down any time soon.  As always, there are economic challenges as technology races ahead.  Education and flexibility will continue to be important as new technologies emerge and robotic use continues to advance the global economy.