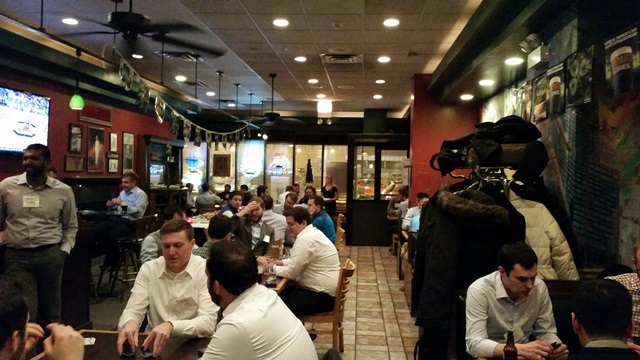 On March 3, more than 40 investment professionals joined CFA Society Chicago at Exchequer Restaurant and Pub for its first card tournament.

The evening brought out a diverse group including: 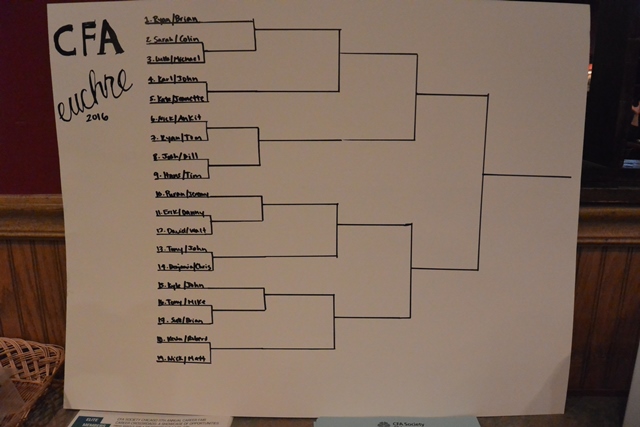 Throw in an open bar along with pizza and chicken wings (included in the price of admission) and what do you get? The CFA Chicago’s first Euchre tournament.

What exactly is Euchre? Euchre is a trick-taking card game most commonly played with four people in two partnerships with a deck of 24 standard playing cards. Euchre appears to have been introduced into the United States by the early German settlers in the Midwest. 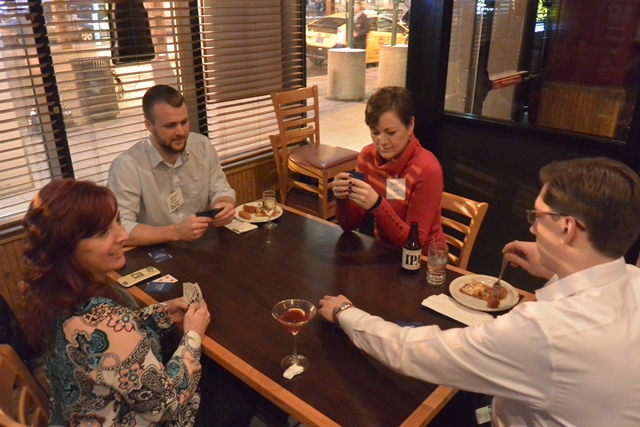 It has been more recently theorized that the game and its name derives from an eighteenth-century Alsatian card game named Juckerspiel. (From Wikipedia).

Euchre retains a strong following in some parts of the Midwest; especially in  Indiana, Iowa, Illinois, Ohio, Michigan, and Wisconsin. A survey of several players confirmed where they learned the game – typically from parents or relatives, or in college.

There were 19 teams that took part in a single elimination style tournament. The winners of the tournament were Hans Stege and Ankit Bhutada! 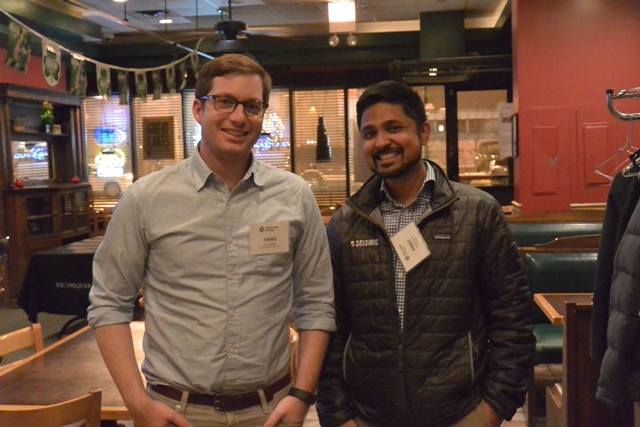 Looking to play? You can find bar sponsored leagues especially in the northern suburbs. Several players mentioned that they would partake in a periodic (semi-annual) Euchre tournament, so stay tuned for future tournaments.