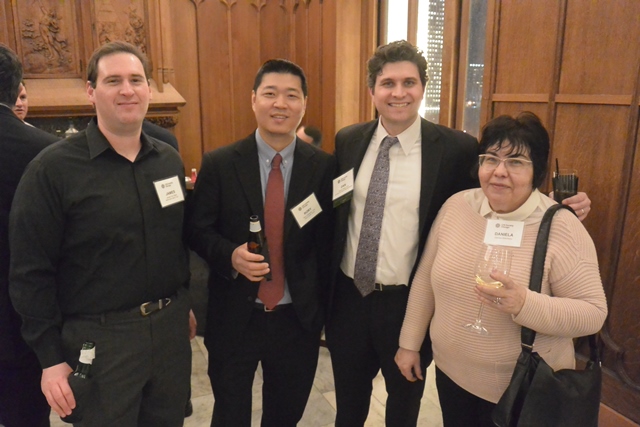 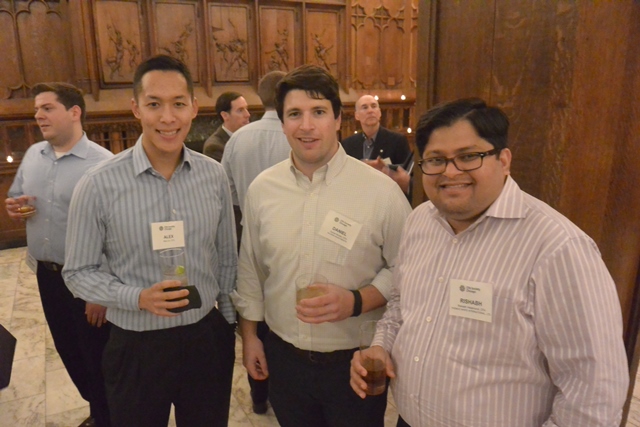 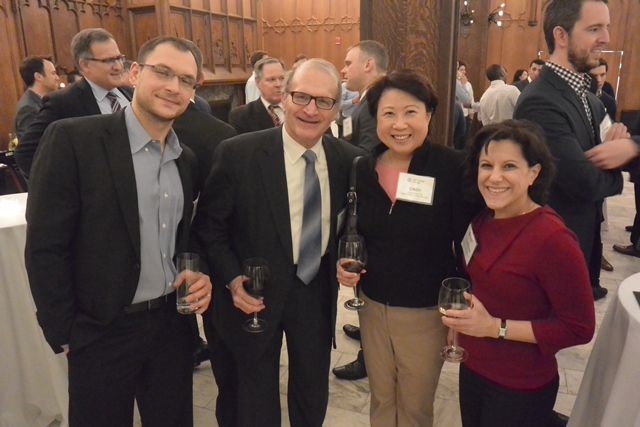 On Thursday January 28, 2015, the CFA Society Chicago held its annual New Member and Volunteer Recognition Party at the Chicago Athletic Association Hotel. The night was especially festive as attendees filled the room, networking with new faces and catching-up with returning volunteers; as the room dined on hors d’oeuvres and enjoyed a drink or two.

The purpose of the night was to welcome new members to the society and recognize the outstanding contributions made by current volunteers, as well as the Executive Committee, the Board of Directors, and Staff members of the CFA Society Chicago.

The highlight of the night began with the awards and recognition portion led by the CFA Society Chicago Chairman, Kerry Jordan, CFA. Kerry gave a wonderful overview of the event’s purpose and encouraged new members and current volunteers alike to continue to seek out the numerous volunteer opportunities within the CFA Society Chicago Advisory Groups.

After the introduction and overview, the 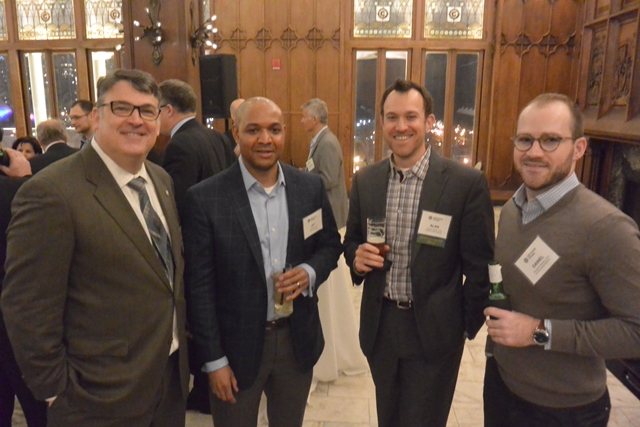 following volunteers were recognized for their outstanding contributions within their respective advisory group:

Next-up was the recognition of the Advisory Group Co-Chairs. The co-chairs were recognized for their time, effort, and hard work while volunteering for within the advisory groups. In addition to applauding their contributions, each co-chair received an additional complimentary event ticket that can be used for admission to an upcoming CFA Society Chicago Event.

Things wrapped up with the awarding of numerous raffle prizes to the night’s attendees. Prizes included Starbucks giftcards, numerous restaurant gift certificates, and even an overnight stay at the Sheraton Chicago Hotel & Towers with a diner for two at Shula’s Steakhouse. In the end, the night finished just as it started, as a celebration with fun had by all.