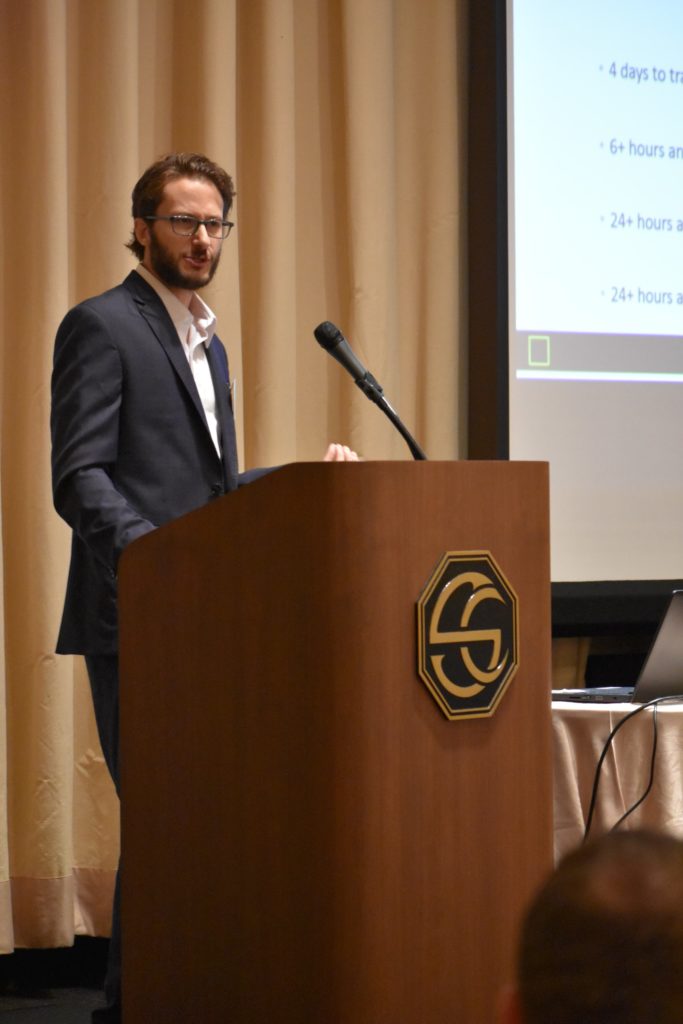 It was an inauspicious day for a cryptocurrency discussion. With many cryptocurrencies down by over 10% on August 8th, Ari Paul, CFA, CIO of BlockTower Capital, gave CFA charterholders a crash course in blockchain technology and the various cryptocurrencies available for investors.

Paul said that surprisingly, many risk management professionals such as himself were among the biggest proponents of cryptocurrencies. Risk skills are definitely helpful for evaluating and investing in digital assets such as Bitcoin, and Paul believes that the space sits at the intersection of game theory, cryptography, computer science, economics, venture capital and public markets. He said that very few individuals have all of these skills, and that there is a big opportunity for people with just a small amount of cryptocurrency knowledge to generate large returns because most people don’t know much about the space yet. He compared investing in cryptocurrencies today to investing in stocks pre-Benjamin Graham. Although the idea of the blockchain is not exactly new (Paul pointed to patents received by IBM back in the 1970s for distributed databases), the current digital coin offerings such as Bitcoin, Litecoin and Ethereum are all under a decade old. 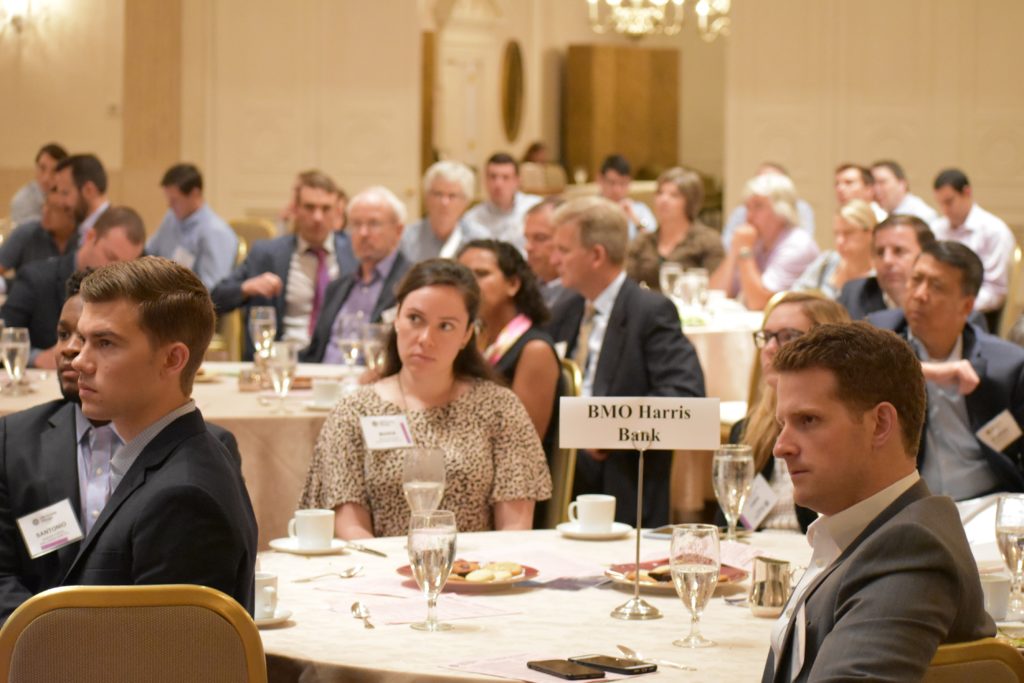 The big question when considering how to approach cryptocurrencies is “What are these helping and why do we need this?”

Paul said that a big part of the need stems from banking and capital markets technology being incredibly obsolete. He cited the examples of ACH bank transfers taking 4 days to process and $35 fees for international Western Union transfers being an opportunity for cryptocurrency disruption. While the internet has greatly increased the speed of messaging and email, payment transfers have not seen the same amount of development.

There are 3 main enhancements to the original ideas of distributed databases that have greatly increased the interest in digital currencies and blockchain lately: 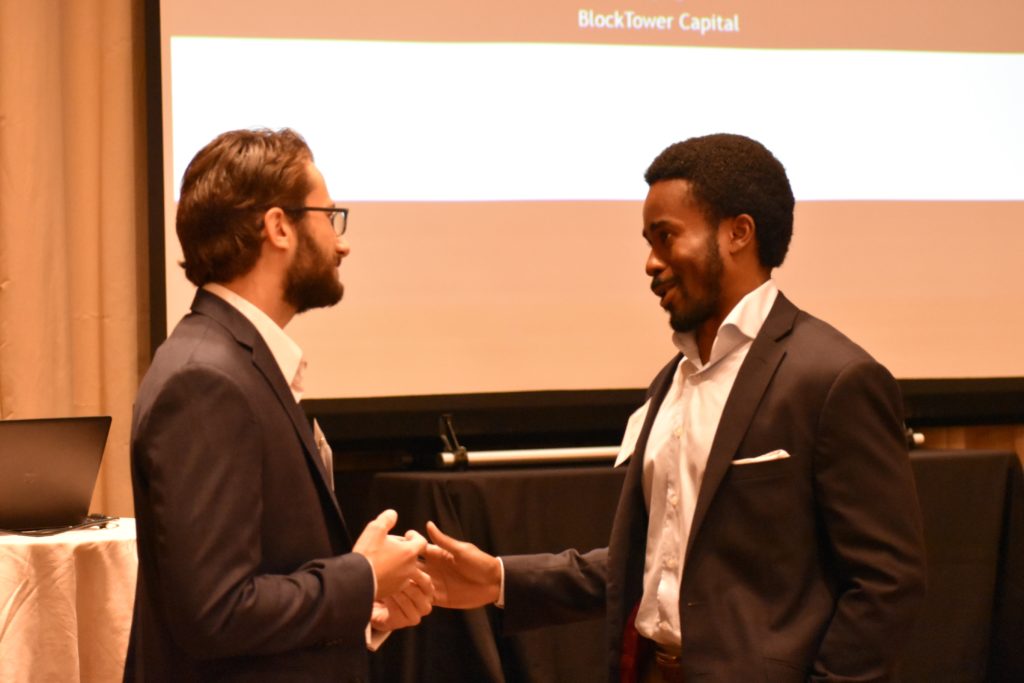 A simple definition of blockchain could be a type of database that has its transaction entries linked with cryptography, the art of solving codes. Cryptocurrencies are the intrinsic, tradeable tokens of blockchain and the most commonly known version is Bitcoin, which had over $100 billion in market cap on the day of this presentation. Intrinsic tokens can be spent on monetary transmissions (Bitcoin) or on decentralized computing power (Ethereum). There are also asset backed tokens that can be created by a third party.

There are over a thousand digital coins tracked by coinmarketcap.com, but Paul said that the use cases and value propositions of most of them can be described in terms of three distinct categories:

Paul said that the Initial Coin Offering market, or ICOs, has exploded in the past year, becoming larger than the overall seed stage VC market. “Many people, including myself, are skeptical of the ICO business model,” Paul said, saying that ICOs are like “hot potatoes” that speculators will often try to offload on unsuspecting get-rich-quick hopeful investors, saying that they can be seen as analogs to Chuck E. Cheese tokens. 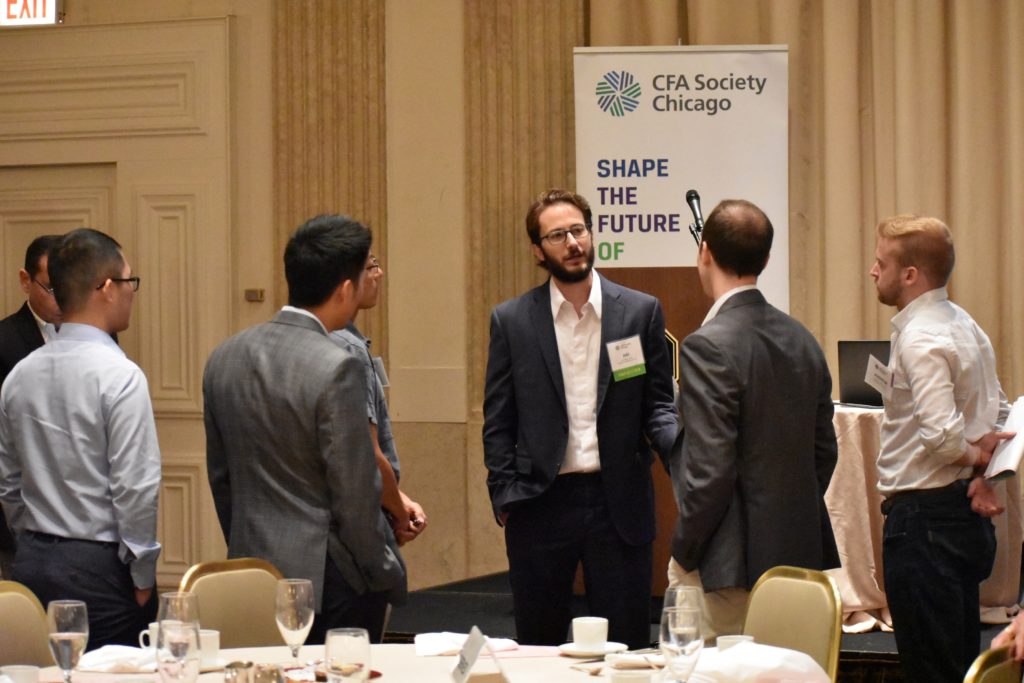 In terms of how investors are accessing cryptocurrencies, Paul said that “we’re transitioning from crypto being un-investible [by most] to far easier,” mentioning Coinbase and other exchanges that have greatly risen in stature over the past couple years. While individuals have an easier time of buying digital coins such as Bitcoin, it is still difficult for institutional investors to access them because there aren’t many good custody options. Paul thinks that major custody bank State Street may be as far as three years away from launching a viable cryptocurrency custody product. There is also a high degree of risk of theft with the coins, and even a sophisticated investor such as Paul believes that his firm will ultimately lose money from a collapsed exchange, such as the hack of Mt Gox in 2014. Other factors limiting institutional participation in crypto include operational risk in handling the assets, the lack of credible managers with 2+ year track records and the absence of well-constructed, low fee passive indexes. 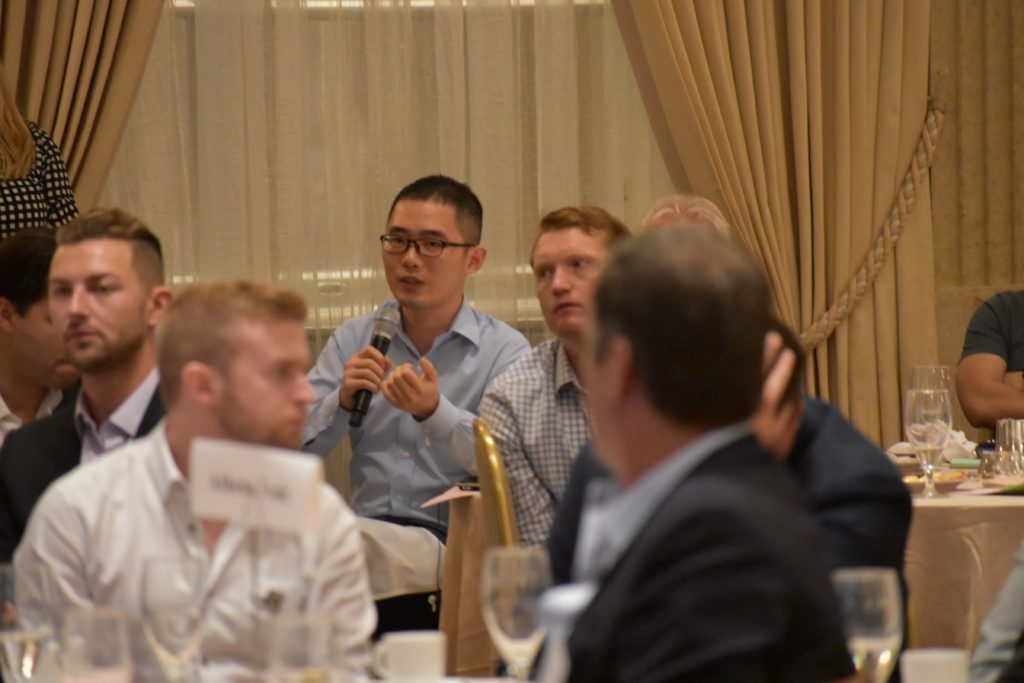 Despite the 2018 meltdown in cryptocurrency prices, Paul appeared sanguine about their long term prospects, noting that every 2 years or so there has been a large boom-bust cycle in the space, and that the potential for growth is still enormous. While Bitcoin is “already obsolete from a technology perspective” according to Paul, it still commands a widely-known brand name in the space and there’s still a huge amount of investment by institutions such as CBOE and Square. It’s difficult to know which cryptocurrency will win out in the future, but Paul believes that an allocation could make sense for some investors that can be patient riding the frequent ups and downs of the digital coin landscape.