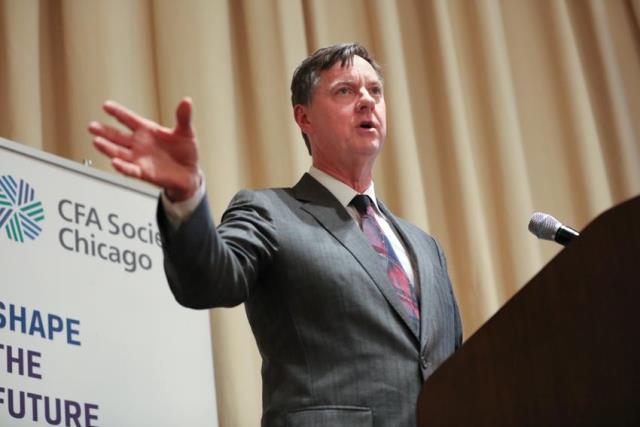 Charles Evans, president and chief executive officer of the Federal Reserve Bank of Chicago, addressed approximately 250 members and guests of the CFA Society Chicago on Thursday, February 9th at the Standard Club. The event was also webcast for those who could not attend the luncheon. Mr. Evans spoke about the U.S. economy, fiscal stimulus and monetary policy. He completed his presentation with responses to questions from the audience.

Mr. Evans expects a modest acceleration in economic growth to the 2.0% to 2.5% rate, and a rise in inflation to near 2.0% over the next several years. As a result, the Fed’s most likely course of action is three 0.25% increases in the Fed Funds rate in each of the next three years. These increases would elevate this rate to near 3.0% by the end of 2019. The primary risk to this outlook is that inflation does not rise to 2.0%. 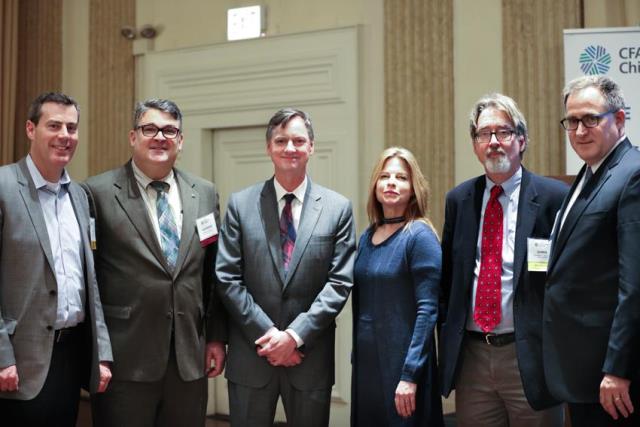 Fiscal policy could positively impact growth by near 0.25% a year. Lower tax rates might contribute to higher growth over the intermediate term. Additionally, optimistic consumer sentiment, resulting from healthy employment data, should contribute to growth. Average monthly gains of 180K employees over the past year have reduced the unemployment rate to 4.8%. A constraint has been business investment during the recovery, which shows no real sign of improvement.

Mr. Evans expects a decline in the unemployment rate to 4.25% by late 2019. His forecast is slightly lower than Fed’s consensus of 4.5%. The natural rate appears to be near 4.7%. A decline to the 4.25% to 4.50% range would suggest a Fed move from ease to neutral to tightening over the next several years. The downside risk to this outlook is weak foreign economies. The upside would be a greater boost from fiscal policy and regulatory ease.

Inflation has averaged 1.5% since 2009. The “Core” rate has moved up to 1.7%. Mr. Evans expects core inflation to reach 2.0% over the next three years. The downside risk is low global inflation and a strong dollar.

The structural equilibrium neutral Fed Funds rate has fallen to a lower level. Low interest rates, throughout the world, provide the central banks with less room for ease in the next downturn. The Fed has typically lowered the Fed Funds by greater than 5.0%, during easing periods and currently believes that the neutral rate is near 3.0% (1% real and 2.0% inflation). Therefore, they may not have as much room to lower rates during next recession. The secondary tools would be quantitative easing and guidance for how long rates would remain low. These non-conventional methods are “second best” to the ability to lower rates. 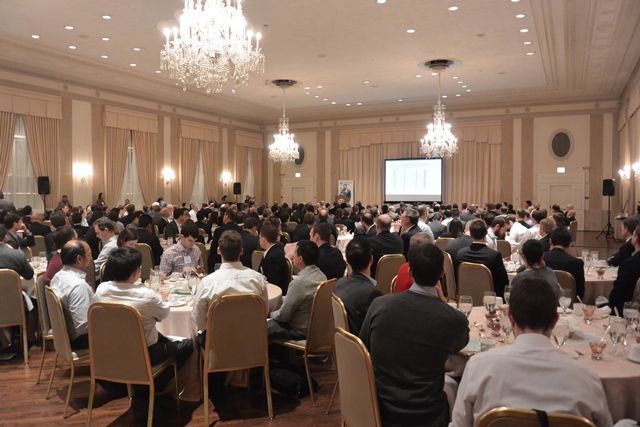 From 1960 to 2000, the economy grew at a 3.5% annual rate. Post 2000, the growth rate has been lower. The labor force participation rate has fallen over the past 15 years; because of retiring baby boomers, passing the peak inflow of women into the labor force, and a falling rate of employment for 18 to 24-year-old individuals. The potential real GDP growth rate has probably fallen to near 1.75%.

During the questions and answers segment, Mr. Evans addressed the following topics: