“Angry is the New Hope” was the title and theme of the presentation on December 6 from Dan Clifton, Partner and Head of Policy Research for Strategas Research Partners. Hope was the watch word of the Obama administration, but the surprise election of Donald Trump reflects anger in the electorate. This anger stems from the persistent, subpar economic growth since the end of the financial crisis. In the eight years since, growth in GDP has averaged just 2%, versus the long term trend of 3%. That 1% annual shortfall, has created a cumulative GDP gap of $2.6 trillion dollars. The support that Bernie Sanders received late into the campaign indicates the voter anger extends across the political spectrum, not just within the Republican Party. 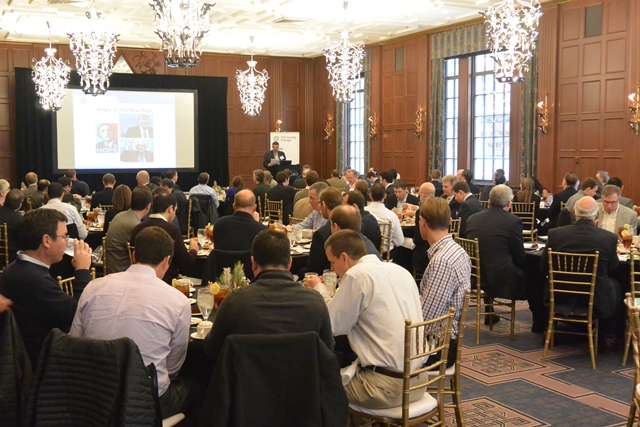 While Donald Trump’s election may have surprised many people, beneath the surface there were several indications that he would prevail:

This global shift toward populism is creating an urgency for governments to get their economies moving faster again. Hence, the victory for Donald Trump. Clifton listed several areas of emphasis for the new Trump Administration:

Trump made repealing Obama Care a signature feature of his campaign but the Republicans in congress are unlikely to repeal it without a viable replacement (which they don’t yet have). More likely they will start by cancelling the surtaxes included in the plan. This will provide a little more stimulus.  The Dodd-Frank law is likely to remain in place, but will also face revisions.

Finally, Clifton predicted that lobbyists will enjoy increased influence in the new administration. Trump will be much more susceptible to their approaches because he is not the ideologue that Obama is.

In response to questions, Clifton predicted that James “Mad Dog Mattis will get the waiver of the seven year rule to allow him to take the Secretary of Defense post and he will be a tough negotiator in that role. As a consequence, David Petraeus (another former general) will not become Secretary of State.

There are several big hurdles in the road to tax reform. One is whether to enact “border-adjustable taxes” (also called the out-sourcing tax) that would prohibit companies from deducting the cost of imported goods from taxable income. This would hurt import heavy industries (like retailers) and help exporters.  Momentum seems to be in favor of it, but it would likely draw a challenge from the World Trade Organization.

The second hurdle is a restriction on using repatriated foreign earnings for share buy-backs.  While it would enjoy political support, it would be very difficult to enact, as money is fungible. It would also be counterproductive by reducing the amount repatriated, and limiting the capital gains take from buybacks.

To the last question about raising the debt ceiling, Clifton called this an under-appreciated, but very important point. It will have to be addressed by this summer and could interfere with the tax reform efforts.