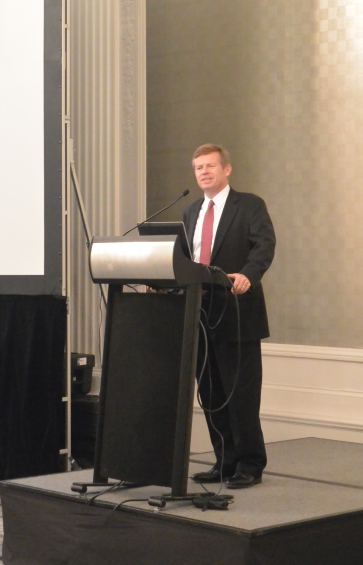 Starting with a review of the U.S. economy Kelly noted that real GDP has grown just over 2% on average over the past five years. Under normal circumstances this level of growth is considered anemic, but the current slow and steady expansion is acceptable from Kelly’s point of view. Consumers are benefiting from low mortgages and gas prices, overall demand is growing, and banks are issuing more credit. Kelly considers this economy analogous to a healthy tortoise – it does not move swiftly, but it is steady. It is unrealistic for the U.S. economy to grow at historical levels (+3%) given the low unemployment rate, which from Kelly’s point of view is the biggest impediment to continued growth of the economy. Kelly believes that the sliding unemployment and labor participation rates are due to the aging population. Baby boomers comprise a large segment of the working population, the oldest of which became eligible for retirement in 2011. Boomers will of course will continue to retire, constraining the labor market, and helping the unemployment and participation rates to fall further. To combat the coming labor shortage Kelly suggested comprehensive immigration reform, bringing more people (workers) in to the U.S.  If immigration reform is not successful the unemployment rate could fall into the 3% range, constricting the economy to a growth rate under 2%.

Kelly believes that the Federal Reserve needs to raise rates in September. If this window were missed then the Fed would likely have to wait until December to not affect the November election. Further delays in raising the Fed Funds rate will make raising rates harder to do in the future – the Fed will be provided with more reasons for not raising rates, which will further undermine its credibility. 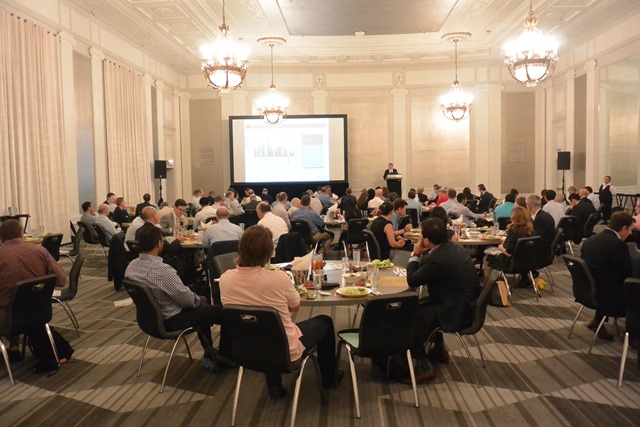 As of April 2016, 35% of all developed world government bonds had a yield below zero. Low global rates have helped lower U.S. interest rates. Global bond buyers looking for better yields have moved to U.S. denominated securities driving down domestic yields. However, Kelly suggested that rising rates in the U.S. could act a balloon to world bond rates. Given the current and projected fixed income market, Kelly suggested underweighting domestic and global fixed income until real rates reach a normalized range.

Turning to the equity markets Kelly believes the current equity market is still relatively cheap. Do to the expected rising rate environment the financial sector should be overweighed while the utility sector is expected to underperform. However, there is more upside outside of the U.S. equity market in Europe and the emerging market space.  These areas should outperform in the medium term based on stronger relative earnings. The current forward P/E of the S&P 500 is around 17x earnings, over the long-term average of 16x, while the MSCI EAFE forward P/E is at its long-term average.

Kelly took questions at the end of the presentation from several members from the audience. One individual asked “How best should a government sustain a countries economic growth?” Kelly’s answer was a bit surprising in that he focused on income inequality – the more there is, the less sustainable economic growth becomes. Kelly noted that most problems that create income inequality start with single parent families (SPF). In the 1980’s, 18% of households were SPF. As of this past year the SPF households number 42%, which from any number of perspectives is an alarming statistic.