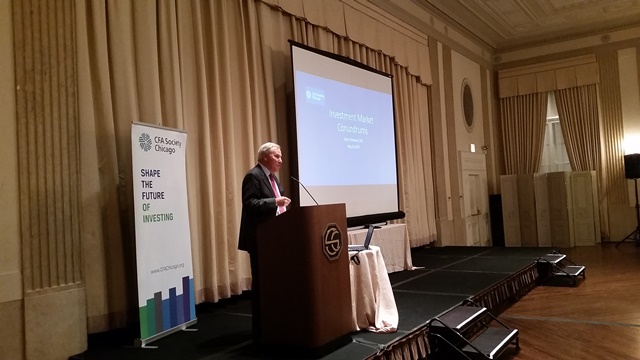 On May 24th, a packed hall gathered for lunch at The Standard Club in Downtown Chicago to listen to renowned value investor Gary P. Brinson, CFA, while he shared his latest thoughts on the markets. Brinson founded Brinson Partners, a Chicago-based asset management firm that was acquired in 1994 by Swiss Bank, the predecessor of UBS, for $750 million. After the sale to Swiss bank, Brinson ran the asset management division of Swiss Bank to what later became known UBS Global Asset Management. Many consider Brinson to be one of the investment industries greatest thought leaders, although likely by design, he left the audience lots to ponder in his Investment Market Conundrums presentation.

Using mean reversion with a 90-year historical lens. Brinson started off his presentation with a simple question: “What perplexes you?” and undoubtedly we moved on to what perplexes the investing legend himself. Despite volatility being at stubbornly low levels, the securities market today presents some very unique challenges and opportunities with macroeconomic datapoints that currently have meaningful deltas to their long-run mean. To start, real interest rates on long duration assets have turned negative in some countries across the world. Notably Germany (-0.9%), the United Kingdom (-2.0%), and Sweden (-1.2%) all have 10-year real interest rates that are in negatively territory and Switzerland, even further down the curve, with a negative -0.2% nominal 10-year interest rate. Theoretically it is an investment conundrum to hold capital to invest and to consider where you loan money to a government that inherently isn’t a risk free investment for a return that would leave you with less capital than when you started—and that is without a default!  Theoretically, it is very hard to compute the existence of long term negative nominal rates. 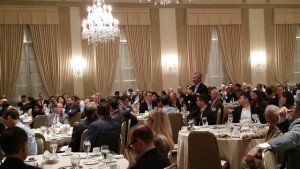 Europe has all sorts of problems; what about the U.S.? The U.S. has a 30 year nominal rate of 2.9% and after backing out a 2.0% inflation target a 0.9% real rate of return. Historically, from 1926-2016, the real return on a 30-year bond in the U.S. was 2.6% vs. 0.9% where it stands today. Mean reversion would call for this 0.9% real rate of return to increase 70bps closer to 1.6%. Turning to inflation, historically, inflation as averaged 2.9% from 1926-2016 and today stands at 2.0% as the difference between TIPS (Treasury Inflation Protected Securities) and the nominal yield. Semi-mean reversion says the likely inflation rate should be somewhere around 2.4%.  Inflation is largely governed by the velocity of money which beginning since the start of the financial crisis has plunged. This may or may not be permanent. If permanent, that estimate of inflation at 2.4% is woefully too low.  No economist seems to know why the velocity of money has slowed so meaningfully. Combining the mean reversion estimations, we should be observing a 30 year treasury rate closer to 4.0% real rate of return (1.6% nominal return + 2.4% inflation).  If the 30 year today (at 2.69% at the time of this publication) were to re-price to 4.0%, the value of that bond trading at a par value of $100 would fall to $81 market value.

Market expectations assuming mean reversion.  Now taking these mean reversion theme and looking at the equity market—one can estimate a nominal return for the S&P 500 at 10.0% with 5.8% in capital appreciation including inflation and 4.0% in income including dividends and share buybacks from operating cash flow (Note: ((1 + 5.8%) * (1 + 4.0%) – 1) = 10.0%). One can expect bonds to offer a 5.5% return, and net of a 2.7% inflation assumption a 2.6% real return compared to a 6.9% real return for US stocks. Comparing where we are today to 1926, P/E ratios are much higher, and dividend yields are much lower. There are a number of factors for this, but if one were to only consider mean reversion, one would expect a 2.2% real growth in earnings, leading to a lower market P/E ratio and a higher market dividend yield. If we consider the path were are on as a new investment equilibrium level and ignore the trends of the early 1900s, one could consider stocks to be fairly valued in this environment. Elevated P/E ratios shouldn’t be of concern and real growth rates of 4.8% (6.8% nominal) with real interest rate debt at 0.9%. However, if we believe real interest rates will increase to the long-term average of 1.6% and inflation to 2.6%, we should model returns on stocks to equal 8.0% (3.2% income and 4.6% capital appreciation) and the return on long term government bonds to be 4.0%. What is rather frightening is the market reaction we would see for the 30-year to trade at 4.0%– long term bonds would fall 19% in principal value and stocks would fall 25% in creating these forward desired return objectives. 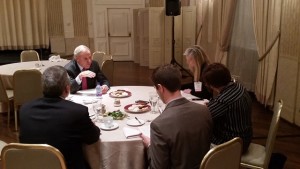 Volatility expectations assuming mean reversion.  Standard deviation of large cap stocks was 19.9% from 1926 to 2016.  Over the past year, the markets have average 13.3%. Again if we assume semi-mean reversion, volatility should increase to 16.8%. The risk premiums have also been subdued across all asset classes and in a similar manner these should also increase. The conundrum is what we are now finding is both volatility and correlations are remarkably unstable. These lead financial analysts and portfolio managers with a very tough question – what should we use as the input for volatility? The correlations of returns between the S&P and the 10-year has declined meaningfully and recently went negative.

Active vs. Passive Management. To conclude, Brinson switched gears and discussed the hotly debated topic of active versus passive management that left many wondering if he and his firm was either an “expert” or “lucky” coin flipper. He gave the example of 10,000 people in a room where each person was tasked to call their coin flip correctly ten times in a row. Out of the 10,000 people in the room, only nine would be able to accomplish the feat of calling heads or tails correctly ten times in a row. Now these nine coin flippers were clearly one of the 10,000 that got lucky – randomness makes one think you’re looking at something meaningful when you’re really only lucky. Randomness is pervasive in the securities marketplace, and if you make the wrong assumptions thinking data has statistical significance is can lead investors to make very poor decisions.

Tying it all together – A Book Recommendation. Brinson concluded with a book recommendation – The Drunkard’s Walk: How Randomness Rules Our Lives by Leonard Mlodinow written in 2008. The book dissects statistical concepts such as regression toward the mean and the law of large numbers, while using examples from wine ratings and school grades to political polls.