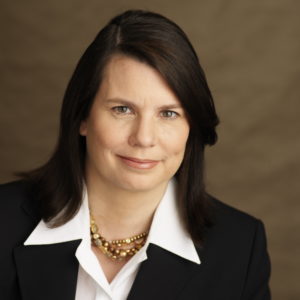 The hedge fund industry has been assailed by the media as a costly, underperforming asset class, yet according to PAAMCO CEO Jane Buchan, that rhetoric simply isn’t true. On April 18th, the founder of the Irvine, CA-based hedge fund-of-funds presented to CFA Society Chicago to share her views on the hedge fund landscape.

Buchan is tired of hedge funds getting beat up in the press, and her talk both defended the industry and talked about new opportunities currently being developed. She said that the environment lately has been difficult for active equity managers and interest rates and volatility continue to remain stubbornly low. Some results of this backdrop include:

The market climate has affected the hedge fund industry by giving rise to Alternative Risk Premia (ARP) strategies, which focus on fees and simplicity, and deals and co-investments, which can offer investors lower fees. PAAMCO has been active in developing risk premia solutions, which can be described as a means to access a hedge fund-like return at a lower cost with enhanced liquidity than typical hedge funds. Buchan cited Albourne’s research on ARP that shows $216 billion is invested in these types of strategies today. Somewhat surprisingly, 80% is managed by sell side broker / dealers and only 20% is managed by asset managers.

Despite the media’s negative coverage of the hedge fund industry, there is still a lot of capital in hedge funds at around $3.2 trillion, which has been growing at a fast pace. “It seems like hedge funds are the dog you want to kick,” said Buchan of the media’s view on them, saying she “suppose[s] somebody has to be the villain.” Buchan mentioned news such as the wager between Buffet and Tarrant on hedge funds outperforming the S&P 500. Given the lower market exposure of hedge funds, it is a tough bet for them to win, she said.

Considering the market environment we’re in, what’s an investor to do? “The only free lunch is diversification,” opined Buchan. One example of that is volatility strategies. Buchan said that they often look horrible on a standalone risk-adjusted basis, but on the portfolio level, adding volatility can offer significant benefits. “It’s hard when [investors] add hedge funds for downside protection and there’s no downside,” she said.

“Now let’s have some fun with data,” said the former Dartmouth professor. Buchan showed the audience a number of return histograms and asked them to figure out which asset class they were. One surprise was how concentrated the hedge fund returns were compared to high yield, which had larger tails. Private equity, also a top performing asset class, also had a much fatter tailed distribution of returns than hedge funds. One of the benefits of lower volatility is higher compound returns over time, Buchan said. This is something that current hedge fund investors are well aware of, she said, pointing to the previously referenced $3.2 trillion invested in the industry.

Another positive trend for the hedge fund industry can be found in corporate 10k filings. Buchan said that PAAMCO has been tracking them and has found that corporate defined benefit pensions are moving cash from private equity into more liquid, alpha strategies such as hedge funds. Like all asset classes, there will be periods where hedge funds underperform and outperform, but there is still a lot to like given their high return to risk ratios compared to other asset classes.

Lastly, Buchan encouraged attendees to support women in finance with the organizations Women Who Invest and 100 Women in Finance. Despite a number of studies showing that women can often make superior investors than men, Buchan said that some research indicates that a female hedge fund manager must outperform a male counterpart by 150-200 bps in order to achieve the same level of AUM.