Value investing makes sense; it works over time, so how come there are so few of us?

The septuagenarian still follows the advice of Warren Buffet and his predecessor Benjamin Graham. “The best book on investing ever written is [Ben Graham’s book] Intelligent Investor,” he said. Despite the sustained popularity of those pioneers today, pure value investing is becoming increasingly rare, Eveillard said.

Value investors must shun the wisdom of the crowds, and more importantly, they must be right. Sometimes value investing is fashionable, oftentimes it is not. Eveillard estimates that only 5% of the investment industry practices value investing. The limited embrace of a value tilt is partially due to the career risk portfolio managers face when choosing out-of-favor stocks. Sometimes investing in these stocks may take years for an investment thesis to play out, and asset owners are frequently less patient. The fear of losing a job causes herding into more socially acceptable stocks, and this dynamic makes it very hard for an investor to commit to value. This often tilts mutual funds towards becoming “closet indexers”, said Eveillard.

Eveillard discussed how he uses both qualitative and quantitative in his process. As a value investor, he marches to the beat of his own drum, eschewing the tactics used by marketing-focused money managers. 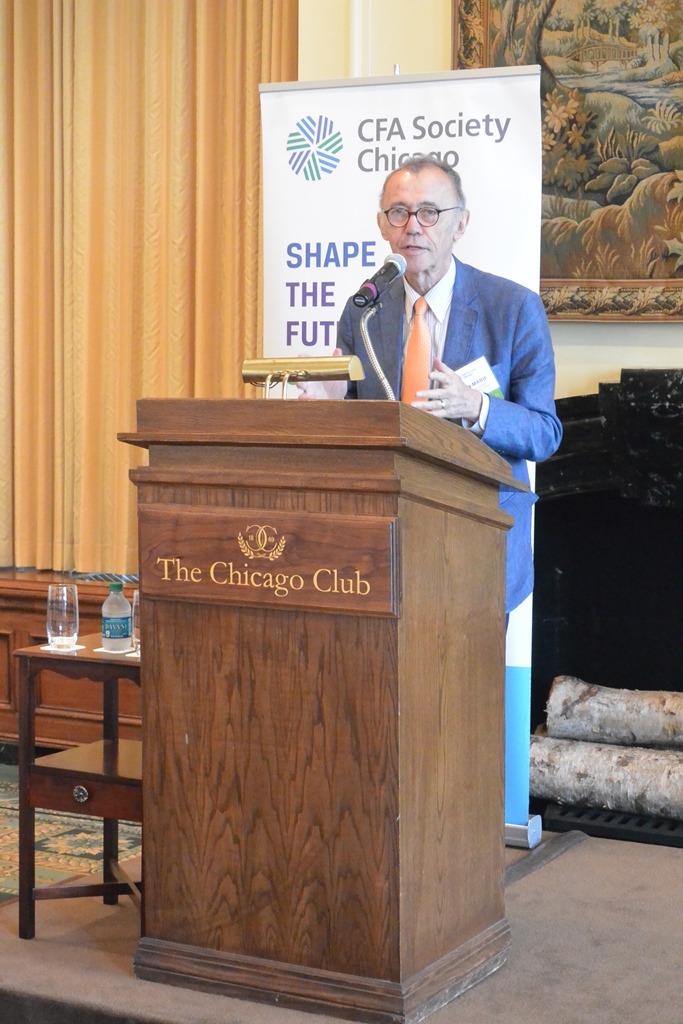 “I never spent a penny on advertising,” said Eveillard, contrasting his near singular approach to investing to more commercially-minded mutual fund companies. In his talk, which connected his years working in the industry with the thinkers that most influenced him, one area mentioned was the Austrian school of economics, particularly its 1974 Nobel Prize winner Von Hayek. Margin of safety was also mentioned, with Eveillard saying that it was the secret of strong investors.

Interestingly, Eveillard reckoned that a great deal of his success as a portfolio manager didn’t come from the stocks he picked; it came from what he didn’t own. Eveillard cited a number of examples such as Japanese stocks in the late 1980s, tech stocks in the late 90s, both of which he avoided. Eveillard was asked if he thought there is currently a bubble reminiscent of the late 1990s in today’s tech stocks, and Eveillard opined that today isn’t as bad as the dotcom bust era defined by the epic failures of Webvan and Pets.com.

Covering his use of qualitative data, Eveillard told a story about Enron, saying that he asked a research analyst on his team to look into the firm for a possible investment. The analyst found Enron’s statement footnotes incomprehensible, to which Eveillard responded that if that was the case, they’d move onto something else and wouldn’t invest.

Eveillard noted that so many of the numbers you see in accounting estimates are estimates. He said that in the late 1990s, he would often spot crafty CFOs who would observe the letter of the regulation, but not necessarily the spirit. In some ways, Eveillard said, accounting is more a reflection of a cultural mindset, with more conservative, risk-averse cultures taking earnings provisions on potentially low risk items. A good international investor needs to be mindful of the cultural differences in preparing accounting statements.

On the Efficient Market Hypothesis, Eveillard said that “it denies human nature.” He’d often debate the EMH with his academic friends and they would say that although they might agree, they needed to find a new theory before abandoning an old theory.

He mentioned the topic of moat, a means of ensuring that a company has a long run sustainable advantage. One reason that Warren Buffet rarely sells stocks is because it is hard to find companies with sustainable advantages, and once one is identified, an investor simply needs to be patient.

Given the strong outperformance of growth vs value stocks in the US over the past decade and the dearth of dedicated value investors, a change in investor mindset might be needed before value investing returns to vogue. But patient investors such as Jean-Marie Eveillard will be willing to wait it out.