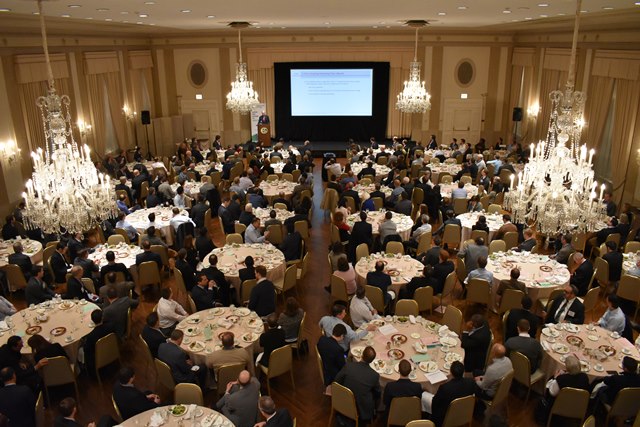 Few encapsulate the time-honored principles of value investing as Jeremy Grantham, co-founder and chief investment strategist of Grantham, Mayo, & van Otterloo (GMO). On January 23, close to 400 attendees gathered at the Standard Club for CFA Society Chicago’s January Distinguished Speaker Series luncheon where Grantham gave CFA charterholders and guests alike the tools needed to spot bubbles before they burst, as well as some food for thought on the environment and renewable energy. Several hundred others watched the presentation via webcast.

“I put this talk together on Halloween which is very suitable for this topic,” Grantham said before going through some ways to determine if the market has reached a stage of irrational exuberance. He thinks that the market is racing towards a near term melt up. But first, Grantham wanted to talk about cryptocurrencies. 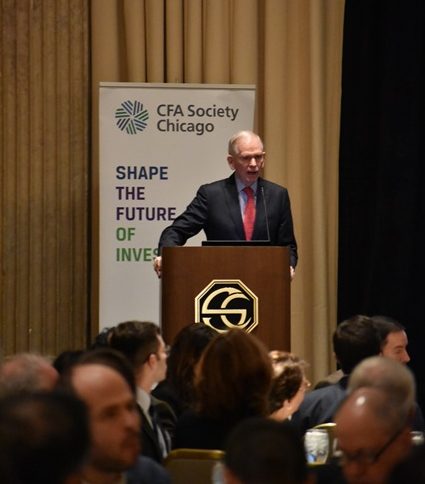 In a talk in 2017, he said that he expected Bitcoin to crash before the real crash of equities prices. Since then, Bitcoin has retreated from a high of nearly $20,000 down to just over $10,000, giving the first part of Grantham’s prediction some credibility. “I know nothing about Bitcoin, I just look at it as a historian would look at it,” admitted Grantham.

The question “Are we near a melt up?” kicked off Grantham’s presentation. The expression “melt up” is becoming a frequently searched term on Google, which is another sign Grantham identified as a possible sign of a bubble. The term refers to a sudden flow of cash that drives stock prices higher, often related more closely to momentum and sentiment than underlying market fundamentals. Melt ups tend to lead to their dreaded cousin, the meltdown, and are a key concern for allocators such as Grantham’s firm GMO.

Some other classic bubbles from history include the South Sea Stock bubble, the 1929 S&P 500 bubble and the Dotcom bubble of the late 90s. The 2007 housing bubble was “the best looking bubble I’ve seen,” said Grantham, admiring the chart’s perfect conical shape.

Comparing today’s price chart with prior bubbles gives Grantham some relief. Right now, the S&P 500 doesn’t resemble a classic bubble. Prices would need to accelerate by 60% in the final bull phase over 21 months for it to rank in the same league as some of history’s more noteworthy bubbles.

While markets appear to be frothy yet not quite a true bubble, it’s important to watch out for clues that can help identify a bubbly market. First we can look at the advance/decline ratio. As the ratio declines, that can be seen as anearly warning sign for the broader market, with fewer stocks carrying the market higher.

Valuation is another clue investors often look at to determine if we’re in a bubble. Grantham agrees that markets are very expensive. Looking at a modified Shiller CAPE ratio, there was only one time in history where equities were this pricey. That year was 1929, and it led to a precipitous fall and the largest stock market decline in history. While expensive, looking at price-to-earnings ratios tells you very little about the likelihood and timing of a bubble bursting, opined Grantham. He gave the example of exploding PE ratios in 1990s Japan as one example where a very high ratio led to an even higher ratio.

So if looking at valuation doesn’t work for spotting bubbles, what does? Grantham said that using indicators of market participants’ euphoria is a much better route. Margin buying of equities and outperformance of quality stocks vs high beta stocks are a couple items to explore. The US housing market also is showing some signs of bubbliness. Nobody is talking about housing looking like a bubble right now but there are definitely some signs, according to Grantham. 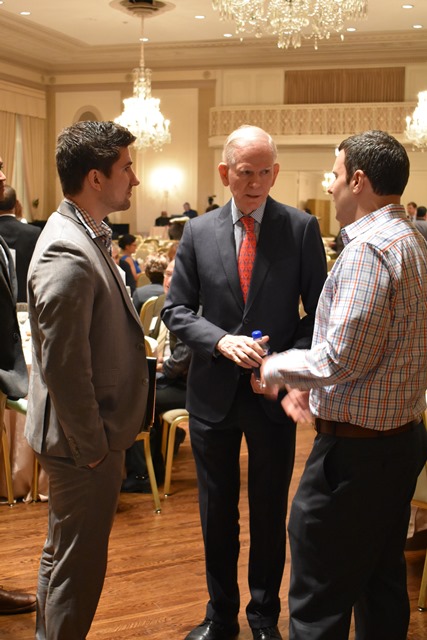 One absolute requirement for a bursting bubble is a Republican Presidency, Grantham said, pointing to Hoover, Nixon and G.W. Bush as some Republicans who’ve presided over bursting bubbles. Grantham said that he believes that there is a greater than 50% chance of a melt up that would bring the S&P 500 to 3200 – 3800. If so, then he thinks that there will be a 90% probability of a meltdown from there.

Climate change and renewable energy was Grantham’s second topic. “The good news is that technology is accelerating along with the damage [being done to the environment],” said Grantham. Wind and solar power are quickly becoming cheaper than coal and nuclear power. Those developments are forcing investors to consider how they are positioning their portfolios in light of climate change. Alternative energy represents “the biggest transformation since the introduction of oil”.

Oil consumption is set to peak in 2020. With many shale companies remaining unprofitable, Grantham thinks that capital will flow towards renewable energy. His firm GMO has a climate change fund that offers opportunities in this space as do a number of other investment managers. “We live in a world where chemical poisons are deeply penetrating everything, “Grantham said, highlighting reduced sperm count among men, deep declines in flying insect populations and reduced grain production as some of the many troubling signs he sees with the environment today. 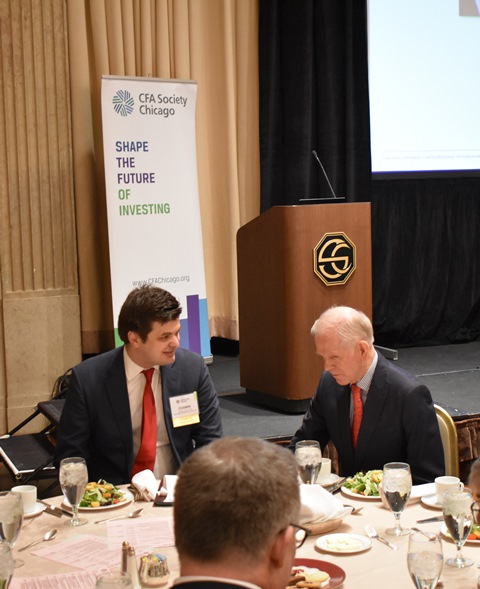 Right now GMO favors Emerging Markets and EAFE stocks over US stocks and has positioned its portfolio for foreign outperformance over the next few years. Capitalism has produced its benefits, but fails to account for the tragedy of the commons, with pollution, rampant use of fossil fuels and marketing of opioids still taking place despite the harm caused to human life.

Grantham’s talk was indeed as spooky as advertised, and gave attendees plenty to mull over while considering how to position their portfolios against the backdrop of high asset prices and troubling environmental issues.