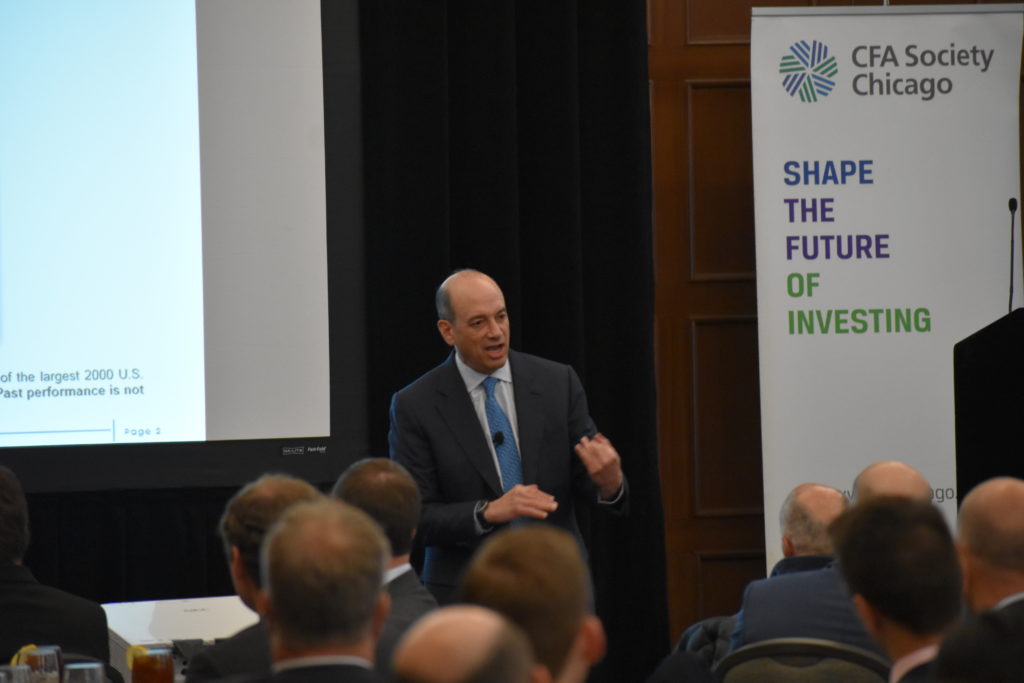 The title of his presentation compared value investing to the New York Jets, i.e. unpopular and out of favor. Per Greenblatt, where we stand today on a valuation basis relative to the past 25 years is that about 25% of the S&P 500 could be considered “undervalued” versus just 7% of the Russell 2000, if we assume the S&P 500 earns its long-run average forward return of 7%. Greenblatt also thought that the S&P 500 could earn a below-average 3%-5% return for the next few years.

In a statement that was likely no surprise to anyone in attendance, Greenblatt noted that “Growth” has outperformed the market the last 5 years. Greenblatt defined for attendees what the parameters were for a value investor (with all of these definitions supported by the Russell and Morningstar definitions:

What Greenblatt admonishes his students to aspire to, “Do good valuation work, and the market will likely agree with it”. Greenblatt noted he just wasn’t sure when the market would agree, but in theory at some point it will.

Greenblatt put up the chart that showed the classical individual stock return versus company valuation, and to no surprise to anyone, the overvalued stocks typically had the lowest forward returns relative to the lowest valuation. He also used the examples of two lectures he gave to a group of NY doctors who only asked what he thought the market would do over the next few years, versus the Harlem high school jelly bean test, and asking the kids to guess as to the number of jelly beans in the jar. Joel Greenblatt used the story to lead listeners to the conclusion that the kids in Harlem were closer to the right answer in terms of the accurate number of jelly beans in the jar, when doing their own homework versus listening to “word-of-mouth” guesses by the class.

It was clear that Greenblatt was more impressed by the analytical rigor of the Harlem high school class than the group of doctors, but he also used the story to illustrate the power of impression and what is heard by the retail investor and how emotion and psychology play important roles in investing. Greenblatt also talked about one of first books, i.e. The Big Secret for the Small Investor and the two most important points from the book:

Greenblatt noted that the press’s preoccupation with Tesla is the “tyranny of the anecdote” contrasting that with deep value investing strategies and how they work over long periods of time.

The Q&A session noted that – not surprisingly – Greenblatt finds more opportunities in the smaller-cap universe despite the valuation comments from above. The valuation metrics aren’t “weighted” in that price-to-sales isn’t weighted more heavily than price-to-book although from his side comments and what were more impromptu thoughts by Joel, price-to-cash-flow and cash-flow health was rather significant.

Greenblatt did note that with “international” investing, the Professor’s fund trades long-only since with international there are trading costs, different forms of regulation, liquidity and other notable differences between US and Non-US investing.

*If you missed the event the webcast of the full presentation is still available to watch on the CFA Society Chicago website.