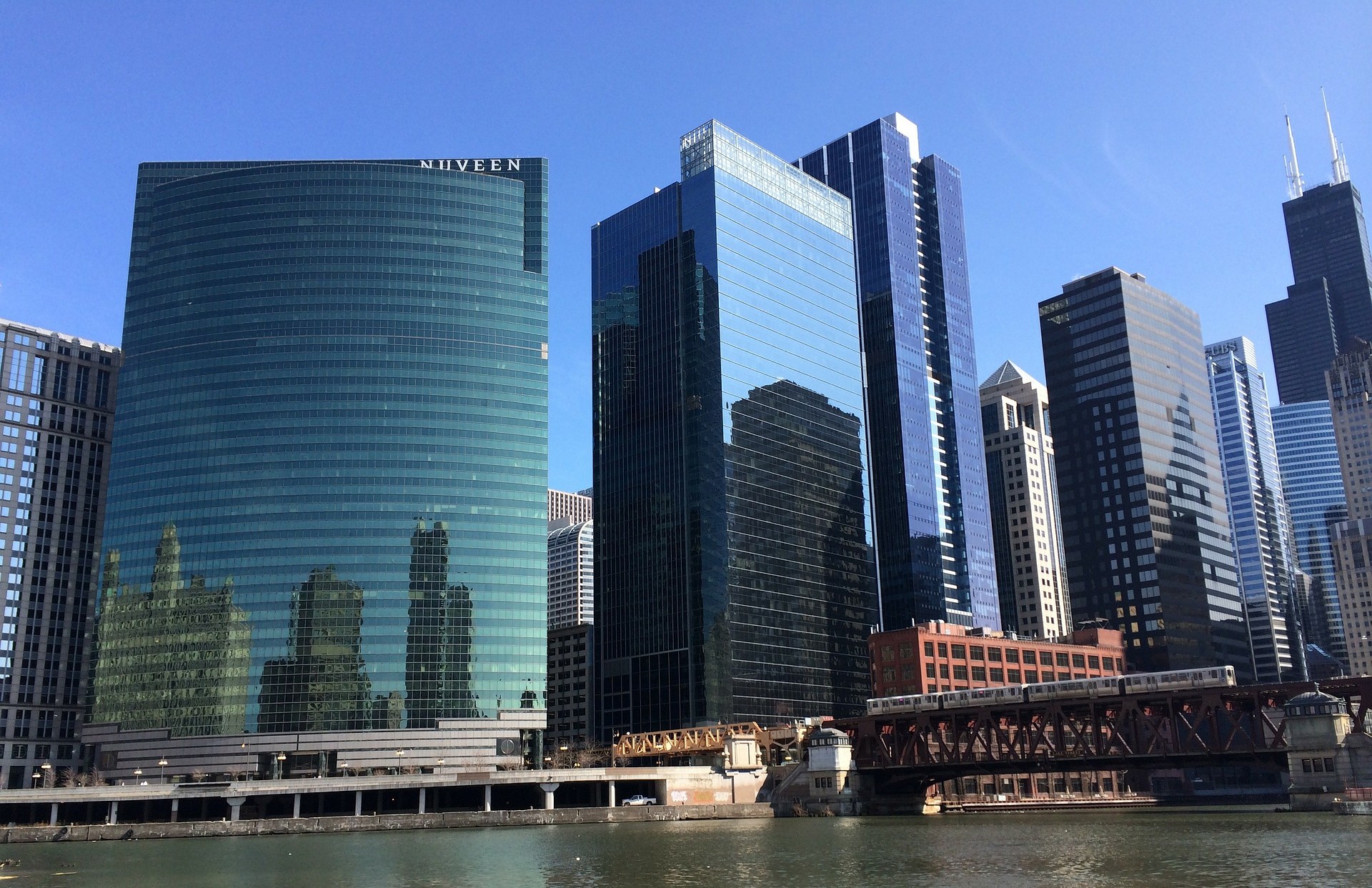 A State of Political Brinkmanship: Illinois at the crossroads, again.

How can a state with a large, diverse economic base have a credit risk premium in junk bond territory? It’s easy, when political brinkmanship and years of fiscal mismanagement create an enduring state of legislative paralysis.

Miller, who recently spoke at CFA Chicago’s Distinguished Speakers Series luncheon, cited decades of budgetary imbalances and the state’s failure to properly fund its pension plans as primary reasons why Illinois has the lowest credit rating in the nation (Baa1 from Moody’s, A- from S&P and BBB+ from Fitch).

Yet, all is not lost. If the political gridlock in Springfield can be broken, the path back to fiscal health is not that complicated. It will just take time and discipline

Illinois has been operating without a budget since July 1, 2015. Disagreements over needed spending reforms, increased taxes or both have created an epic budget stalemate which may drag into fiscal year 2017. Miller says the stalemate is, “more entrenched than anyone can imagine. The parties are far apart and passionate about it.”

Sadly, from Miller’s point of view, the legislators appear more concerned about picking up additional seats in the November 8th general election than resolving the budget stalemate. He feels that eventually there will be enough voter angst for someone to lose political support—and that would be a good thing. After all, it’s supposed to be about public service, right?

One of the most important points Miller made was that it took a long time for Illinois to build up the magnitude of deficits we’re dealing with and we should all realize that it will take a long time to fix them.

The 2017 fiscal year budget gap is estimated to be about $6.6 billion, or about 20% of revenues. While that sounds insurmountable, Miller says that if Illinois were to increase the individual income tax rate back to the 5% rate that was in effect from 2011 to 2014, it would raise $4.1 billion and cover most of the projected deficit.

Even with that increase, Miller says Illinois would have the 16th lowest personal tax rate in the nation and he feels it’s highly likely that a tax increase will need to be part of the solution. And, in my opinion, we need spending reform and term limits as well.

Illinois’ public pension plan deficit is another story. At $111 billion in unfunded liabilities, and a combined funded ratio across all plans of only 41.9%, it’s often described as the worst funded pension system in America.  How did this happen? According to David McKinney, of Crain’s Chicago Business, it didn’t happen by accident.

In McKinney’s October 2015 article, The Illinois Pension Disaster: What went wrong?, he shows that Governors and legislators, Republicans and Democrats, repeatedly approved financially toxic changes to the plan. In short, here are the big reasons why Illinois’ plan is so underfunded today:

In Miller’s opinion, the Illinois Supreme Court’s decision finding Illinois’ 2013 pension reform law unconstitutional was brutal from an economic point of view. He points out that other states have been able to make adjustments to their plans, the COLAs and/or complete conversions to 401Ks.  However, Illinois law has some of the toughest language in the nation on protecting pension benefits. And last week, the Illinois Supreme Court also rejected plans to cut future retirement benefit plans for Chicago city workers.

The fact remains that both Illinois and the City of Chicago significantly underfunded their pension plans, well below actuarial required payments, for years. In my view, the Supreme Court has it right. Illinois has always needed legislative leaders with the fiscal discipline to carry through on the state’s commitments, while avoiding toxic financial mistakes, and the ability to appropriately modify future retirement programs.

The following quote, by Winston Churchill, aptly describes the conundrum.

“When the situation was manageable it was neglected, and now that it is thoroughly out of hand we apply too late the remedies which then might have effected a cure. There is nothing new in the story. It is as old as the sibylline books. It falls into that long, dismal catalogue of the fruitlessness of experience and the confirmed unteachability of mankind. Want of foresight, unwillingness to act when action would be simple and effective, lack of clear thinking, confusion of counsel until the emergency comes, until self-preservation strikes its jarring gong–these are the features which constitute the endless repetition of history.”

—House of Commons, 2 May 1935, after the Stresa Conference, in which Britain, France and Italy agreed—futilely—to maintain the independence of Austria.

Act and the Bond Markets will Respond

As simple as it sounds, the bond markets will respond favorably to positive fiscal actions. Miller noted that the credit risk premium on Chicago GO bonds dropped by over 100 basis points after the City of Chicago approved a $543 million property tax increase in October of 2015 (slide below). He explained that that getting rid of variable rate debt and swaps while raising taxes sends the right signal to the market. 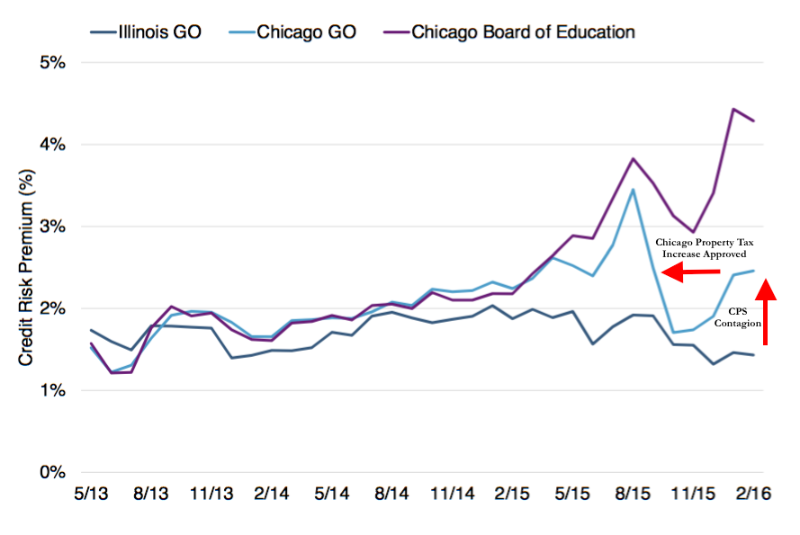 However, Chicago’s GO spreads are up again due to contagion from the Chicago Public Schools (CPS) deteriorating fiscal condition. The Chicago Teachers Union has approved a one-day teacher walk out on April 1, 2016 which adds more pressure to the situation. Unfortunately, as we saw earlier in this story, it’s often the most vulnerable that get hurt when we reach this level of political brinkmanship. Let’s hope some positive steps can be taken, and the markets will take notice.