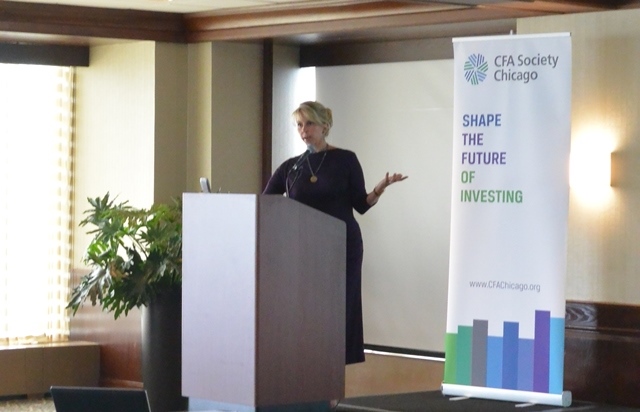 The Distinguished Speaker Series recently welcomed Liz Ann Sonders at the Metropolitan Club in the Willis Tower.  Ms. Sonders is currently Chair of the Investment Committee at Windhaven Management Inc., and is Senior Vice President and Chief Investment Strategist of Charles Schwab & Co, Inc.  Her responsibilities at Schwab include market analysis and interpreting economic trends for Schwab clients as they pertain to the equity market.

It is Ms. Sonders view that the following factors mostly favor this “unique” bull market: 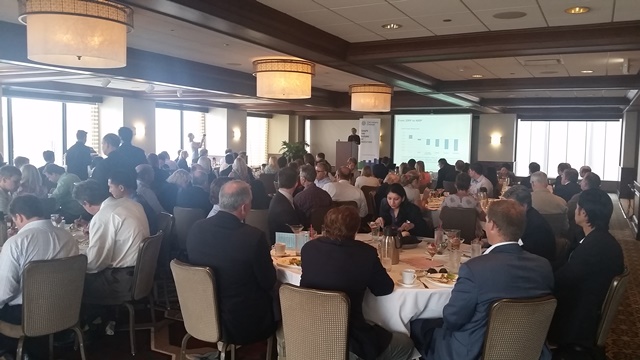 Ms. Sonders claims the twitter hashtag #NoRecession as her idea; however it is far from “trending” and she does not expect that it will.  The level of pessimism concerning the future of the equity market can be compared to sentiment following the crash of 1987.  This is reflected in equity fund flows that remain negative for equities, making the market mostly reliant on corporate buybacks.

Inflation is something that might derail the bull, and per Ms. Sonders it should be on investors’ radar.  Commodity and wage pressure have not forced the Fed’s hand, however they are keen on attempting to normalize rates.  The velocity of money is most important and that has been slow to increase.  Ms. Sonders postulates that the Fed is driven more by the currency markets and the strength of the dollar may be more of an influence of the direction of the Fed.

Ms. Sonders also touched on the high amount of government debt now held by the US and how she thinks that is affecting the economy.  She stressed that high debt levels have led to low US growth and made the economy prone to mid-cycle slowdowns.  However, it has also served to dampen economic cycles on both the upside and the downside.

In her opening remarks Ms. Sonders referred to Martin Zweig and Sir John Templeton who helped shape her thoughts as an investor.  Sir John Templeton stated that bull markets mature on optimism and die on euphoria.  It appears that we have yet to reach the “optimism” stage.  Bull markets have never been killed by longevity.

In the Q&A session following the presentation Ms. Sonders commented on the following: