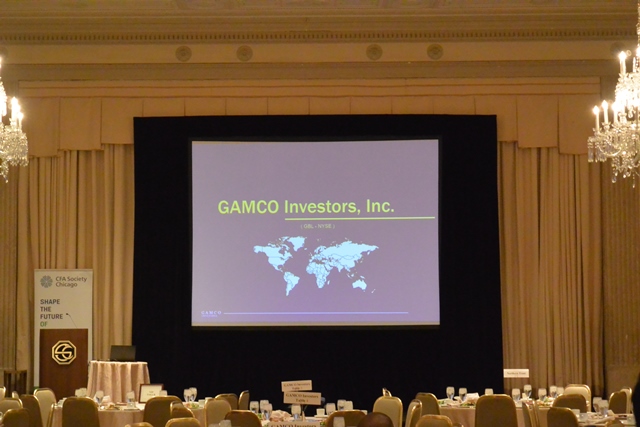 Well known value investor Mario Gabelli, CFA, chairman and chief executive officer of GAMCO Investors Inc. and LICT Corp., addressed a capacity audience of CFA Society Chicago members and their guests at the Standard Club on September 14th. In a wide-ranging presentation, Gabelli drew on his four decades as a money manager to offer his insight and wisdom on the current state of the economy and investment markets. He began by extoling the virtues of a CFA Charter, pointing out that only through the detailed analysis of a charterholder could one understand a business well enough to see how it fits into the economy and how to value it correctly. He encouraged everyone to “keep doing what you are doing” to help our country and make capital markets work even better. 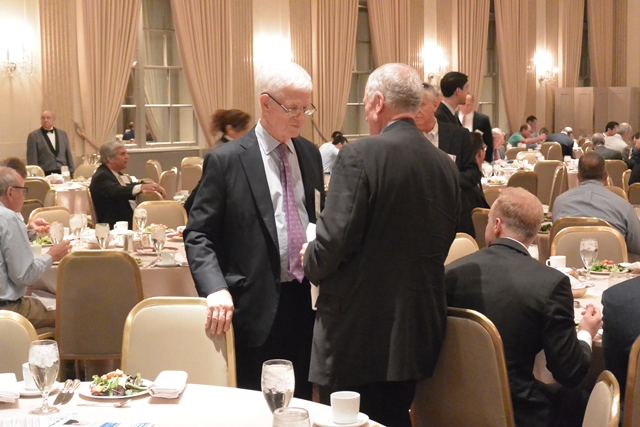 Gabelli touched briefly on two topics he believes need regulatory change. The first was ETFs and the advantage they have over mutual funds because of their tax-efficiency.

He strongly advocated for leveling the playing field with an end to the requirement that mutual funds distribute realized capital gains annually, thereby creating a taxable liability for investors even though they have made no transaction. Every other type of investment requires a sale to generate a capital gain, and mutual fund shares ought to be treated the same.

Second, on tax reform, he said Congress needs to cut the corporate income tax rate to make American firms more competitive with foreign ones.  The protracted debate is only serving to delay new investment that our economy badly needs.