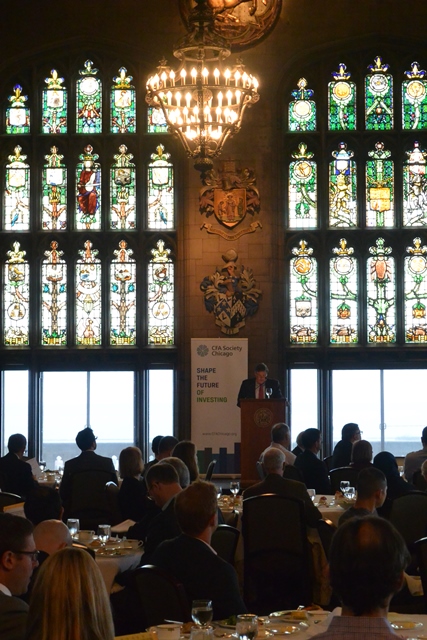 T. Bondurant “Bon” French, CFA, executive chairman of Adams Street Partners addressed a large gathering of CFA Society Chicago members on the topic of private market investments on April 5th at the University Club. Adams Street Partners is a Chicago-based manager of private market investments with over 40 years of history and $29 billion in current assets under management.

French went on to provide a summary of recent market conditions and performance for both buyout and venture capital pools. His statistics showed that fundraising for buyouts rose sharply from 2005-2008 and then fell just as sharply during the financial crisis. Although there has been a rebounded since 2010, the $368 billion gathered in 2016 still hasn’t topped the pre-crisis amounts. The volume of buyout transactions has recovered much less so since 2009 leaving managers with considerable “dry powder” seeking attractive new investments. This is also reflected in data for buyout fund cash flows. From 2000 through 2009 calls for funding from borrowers regularly exceeded distributions out to investors. However, since 2010, distributions have far exceeded calls. Investors (and their managers) have been especially wary toward new investments since the crisis, a condition exacerbated by the high level of multiples on buyout transactions (similar to the situation in public markets). At more than 10 times enterprise value/EBITDA, these have passed the pre-crisis highs to levels not seen since before 2000.  This situation has driven Adams Street to focus on deals in the middle market which is less efficient, and consequently priced at lower multiples.

Also reflecting caution (and the effects of Dodd-Frank regulations), buyout deal leverage remains below pre-crisis levels (5.5 times in 2016 vs 6.1 times in 2007). However, terms of credit have eased as reflected in the market for covenant-lite debt. This has far exceeded the levels common in 2007 both in terms of absolute amount and share of the new issue market. 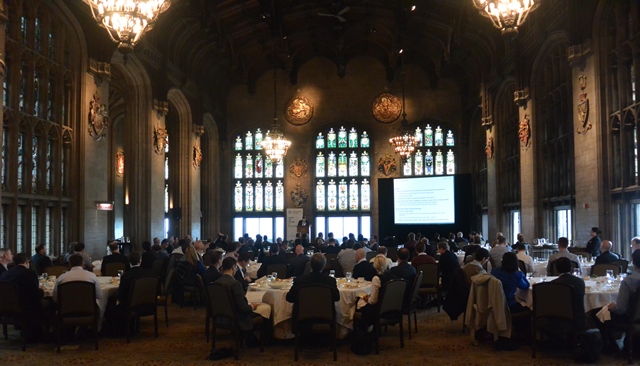 This has helped the borrowing firms survive economic challenges and also allowed them an opportunity to remain independent for longer.

In the venture capital market (much older but smaller than the buyout market) new fund raising peaked in 2000 during the “tech bubble” and fell sharply when the bubble burst. The subsequent recovery was fairly muted, so the financial crisis had less of an impact on fundraising activity than in the buyout market. The $83 billion raised in 2016, while the highest since 2000, is consistent with the longer trend.  Cash flow in the venture market hasn’t been as persistently strong as in the buyout market because companies are choosing to stay private longer than in the past. Liquidity events, measured by number of deals and total value, peaked in 2014 for both initial public offerings (IPOs) and mergers and acquisitions (M&A). M&A, the larger of the two by far, has shown a smaller decline from the peak than has IPOs, and has held at levels consistent with longer term trend.

French concluded with a brief look at the secondary market for private investments (trades between private market investors as opposed to investors being taken out by IPOs or M&A). This market dates to 1986, but is showing healthy signs of maturing recently. Although the market hit a recent peak in volume in 2014 the decline in the following two years was slight—holding well above the prior trend.  Pricing, as a percent of net asset value, has also been rising. Transactions in 2016 were evenly distributed by the type of investor (pension funds, endowments, financial institutions, etc.) supporting liquidity. In 2016, transactions were more concentrated in newer funds because older funds (created before 2008) are shrinking from their natural positive cash flows, and have less need to trade.