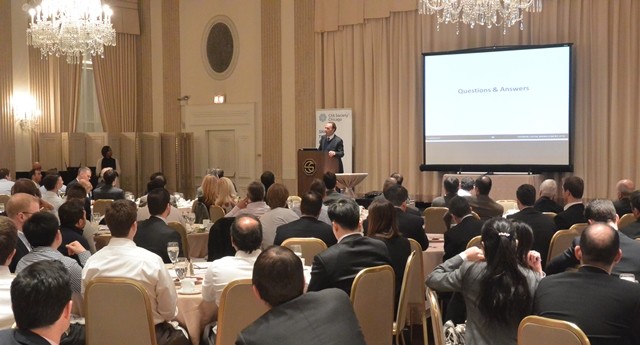 China has been in the news lately, and for all the wrong reasons.

The Chinese government, facing malaise from many angles, issued a swift rebuttal to the investor responsible for “breaking” the Bank of England in 1992, saying that “Soros’ challenge against the renminbi and Hong Kong dollar is unlikely to succeed, there is no doubt about that.” The People’s Daily, China’s Communist Party’s official newsletter, went a step further with the anti-speculative rhetoric and ran an article titled “Declaring war on China’s currency? Ha ha.”

You can add hedge fund manager Kyle Bass to the growing anti-renminbi chorus. Linking the current trouble in China’s stock market to origins in its banking system, Bass gave a sweeping overview of China’s banking system, its growing book of non-performing loans and the potential impact of a Chinese currency devaluation on the global economic system.

Kyle Bass, founder of Hayman Capital, came to the financial world’s attention in 2007 as one of the first financiers to make a fortune on shorting low quality pools of mortgages. The short subprime bet earned him a massive 212% return that year. Further public recognition came from Michael Lewis’ 2011 book Boomerang which examined how cheap financing around the world led to the global financial crisis. It featured Bass prominently as an investor who confidently understood what was going on, and was able to capitalize on it. One anecdote in the book described how Bass bought a million dollars’ worth of nickels from the Federal Reserve, with the belief that the meltdown value of the metal was actually worth $1.36 million. How did he explain the strange, enormous purchase of nickels to the Fed?

Before his speech, Bass quizzed luncheon attendees at the VIP table with the seemingly innocuous question: “Who knows how big the Chinese banking system is?” As we sat there stumped, he laughed and said “Come on, you’re CFAs, you should know this!” 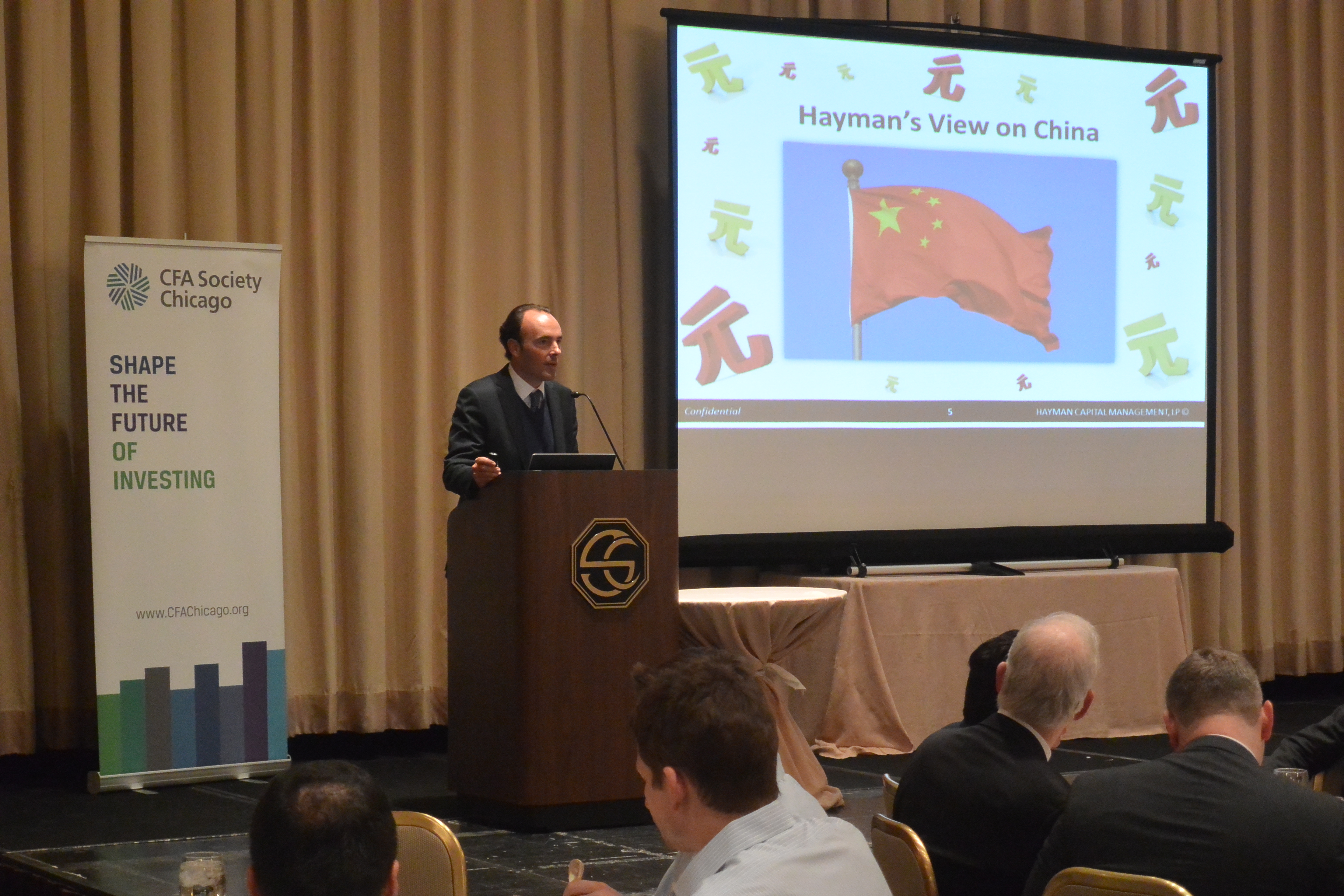 After a brief lament about the lunacy of visiting Chicago in January, Bass quickly cut to the chase with his thesis: China will go through a non-performing loan cycle, and the People’s Bank of China will be forced to devalue their currency. Hardly anyone knows how big the Chinese banking system is, Bass said, and understanding its size and the volume of non-performing assets relative to GDP is key to understanding the direction of the Chinese currency.

Just how big is the Chinese banking system? According to Bass, there are $30 trillion in bank assets on the books, and another $5 trillion in assets off the books, for a total bank asset to GDP ratio of 350%. This is roughly double the level of US banking assets to GDP before the financial crisis. If non-performing loans reach 10% at Chinese banks (that level was as high as 30% in 2001), that would represent a loss of $3 trillion, which is roughly the total level of China’s foreign exchange reserves held at the People’s Bank as of January 2016. China’s currency reserves continue to shrink as capital flows out of the country, and its central bank recorded the largest ever drop in reserves ($107.9 billion) in December 2015. If only 4% of Chinese citizens were to withdrawal the maximum $50,000 allowed, that would vaporize the entire pile of China’s $3.3 trillion in FX reserves. Many elite Chinese are already taking capital out of the country as quickly as possible and are looking to buy real assets with cash flows such as movie theaters, hotels and properties in Vancouver.

The capital flight out of China takes place at a time when China is experiencing its lowest year-over-year growth since 1999, and may actually be as low as 3.6% (Hayman Capital’s estimate). Bass sees six distinct crises currently taking place within China:

If non-performing assets rise, that will require a recapitalization of China’s banks, which will stymie new loan creation and push the central bank closer to a large Chinese Yuan devaluation. The devaluation may exceed 15%, and Bass believes that it will likely take place overnight, as a last resort by the bank once its back is up against the wall.

What does that mean for the American investor? A hard landing in China could sap as much as 100-150 basis points from GDP from the US, according to Bass. Although US stocks may decline, Bass doesn’t forecast a huge crash, but there certainly will be deflationary pressure coming from China as a result of the devaluation. The best way to play a potential currency devaluation is by shorting Chinese renminbi, but this is a difficult exposure for an American retail investor to achieve. The best available proxy to individuals may be Hong Kong assets, which are more liquid and tradeable.

Regarding commodities, Bass believes that we are close to a bottom. He drew a line in the sand for oil and said that “a drill bit doesn’t hit the ground at $25”. Bass thinks that the CRB Index may bottom within a few months, but it would not be a good idea to go long oil ahead of any Chinese currency devaluation. The aftermath of that event could represent an attractive opportunity to add to commodity longs. The supply side will resolve an imbalance on its own as lower price levels make it unprofitable to mine and drill, but the demand picture is harder to assess. Bass is unsure how commodity demand in China, a top consumer, would be affected by a large currency devaluation. He thinks bonds still look relatively attractive despite their low yields.

Bass finished his speech with a story about a meeting between former Chinese president Hu Jintao and George W. Bush. It was difficult for the two leaders to get time completely alone. In the moment they had together, Hu Jintao privately confided to Bush that his biggest fear was “creating 20 million jobs a year”. This may prove problematic for China’s current administration as it faces its biggest test yet.