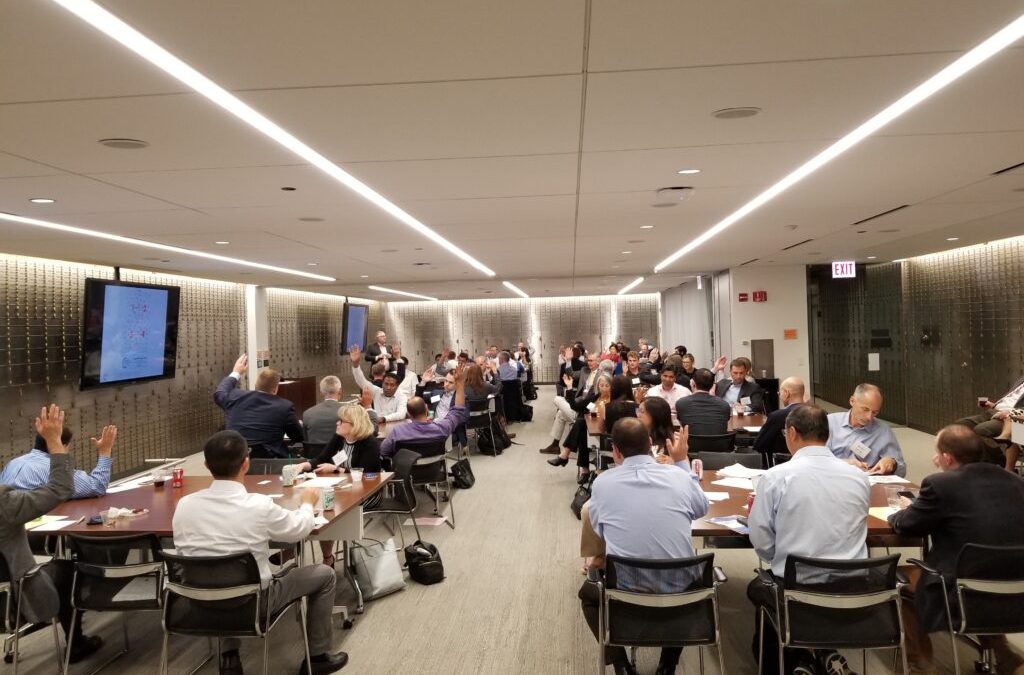 Eisenstaedt focuses on helping individuals and teams realize peace of mind and confidence from being more effective leaders who are able to make a bigger impact and create higher-performing organizations. He uses workshops, assessments, and executive coaching offered through the Leading with Courage® Academy which is based on his Amazon best-seller Being A Leader With Courage:  How To Succeed In Your C-Level Position In 18 Months Or Less. He is also the co-author of the book Wallet Share: Grow Your Practice Without Adding Clients, and is a frequent speaker at national and regional conferences on the topics of leadership and client loyalty.

Eisenstaedt began by providing three takeaways of the presentation. They were: 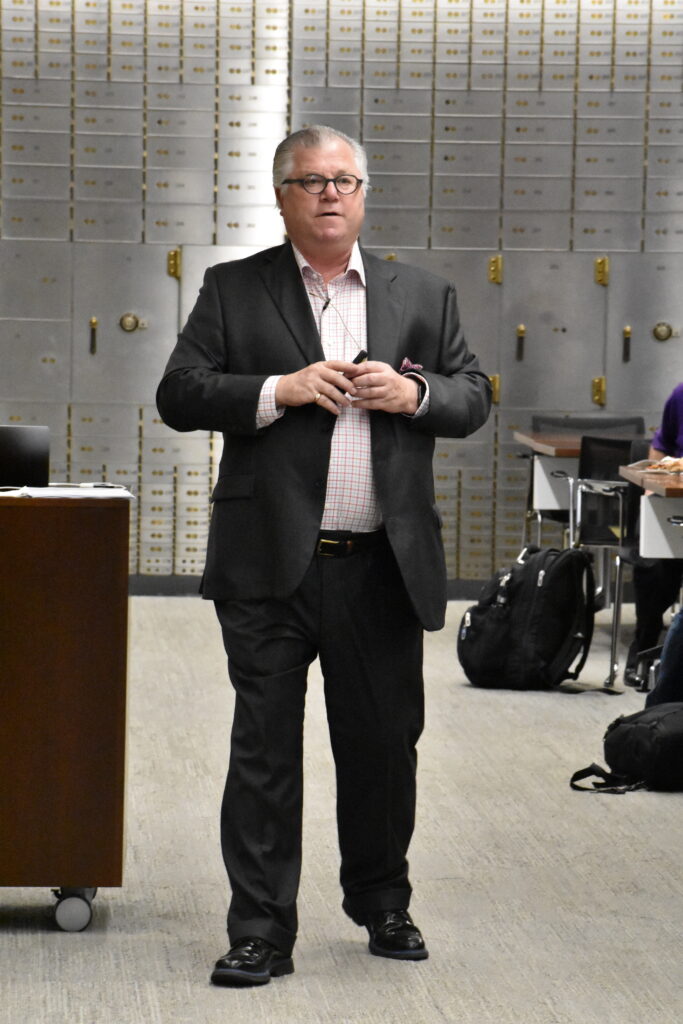 Eisenstaedt asked the audience to participate in an interactive phone app-based exercise. The audience was instructed to think about the best and worst boss they had worked for, rate them based on how those bosses made you feel, along with three words describing them. Once completed, Eisenstaedt put the results into a real-time word-cloud. Popular words describing best bosses included supportive, inclusive, and listener, while the adjectives describing the worst bosses were distant, self-serving and aloof.

Eisenstaedt provided a model of emotional intelligence applied to leadership qualities. There are six competencies that emotionally intelligent leaders exhibit.

Eisenstaedt returned to the best boss / worst boss exercise explaining the point of this was to confirm that better bosses exhibited high emotional intelligence, while the poorly rated bosses exhibited low emotional intelligence. Most of the words chosen by the audience could be directly related to the six competencies listed above. Eisenstaedt also pointed out that the way a boss or colleague makes you feel has a tremendous impact on your productivity.

Eisenstaedt shifted to explain basic neuroscience behind emotional intelligence and engaging with others. There is a base reptilian brain – this keeps you alive, controlling breathing, heart beating, saving you from threats. These include social oriented threats (loss of control over situations, lack of certainty in your daily life, etc.). While other parts of the brain control higher functions, the reptilian brain’s main function is to minimize danger or maximize rewards.

There are triggers that our reptilian brain reacts to. Feelings of trust, certainty, approval, sense of belonging, and fairness are rewarded in the brain with Oxytocin (a hormone associated with boosting trust and empathy and reducing anxiety and stress). On the negative side diminished approval or status, fear of being conned or tricked, lack of security, loss of control, unfairness, feelings of danger all cause the brain to release Cortisol (a hormone released by the body in stressful situations). Eisenstaedt gave suggestions on how to avoid triggers that lead to stressful situations. He used the SCARF method to identify and reduce those situations of stress.

Eisenstaedt wrapped up with a suggestion to evaluate all your relationships (in particular the ones where tension exists). Use SCARF to help identify problem areas. Consider what those problems are in terms of SCARF and seek out ways to address and improve them.