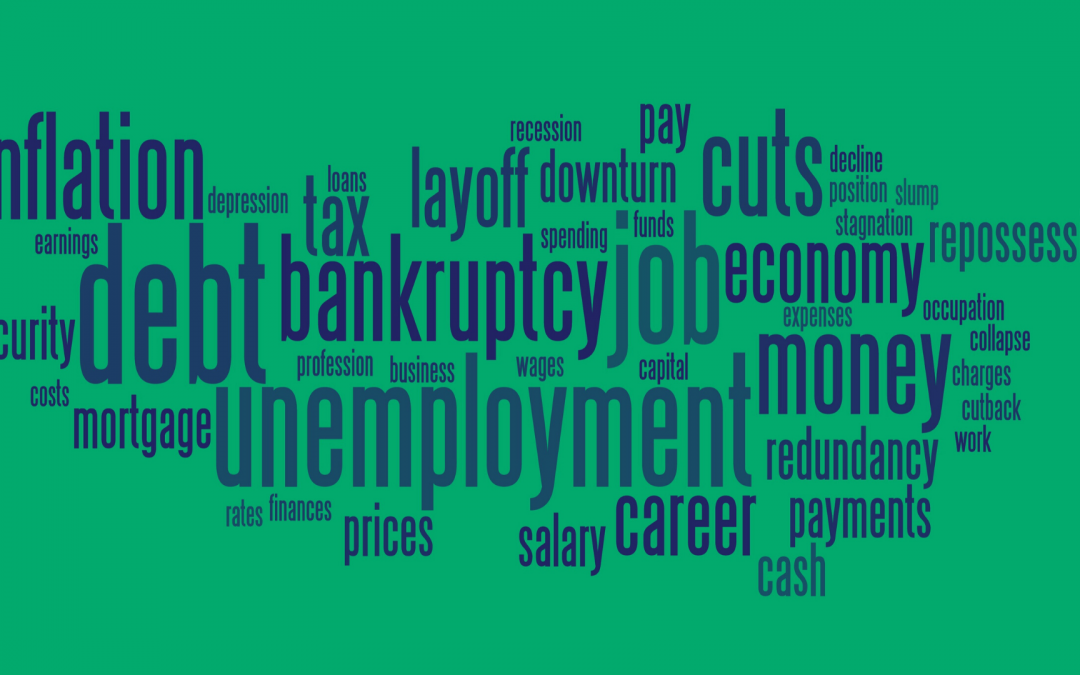 Walsh started out the presentation with a summary of key items she would be covering. First, Walsh noted the overall economic fundamentals are currently weak, with unemployment the highest the US has seen since the Great Depression. Second, she noted that while the COVID pandemic may be in the process of subsiding for now, the contagion could redouble as economies open up, resulting in both public health and economic risks that the markets don’t appear to be considering in their pricing. Finally, Walsh discussed corporate credit, which is especially risky at this time as high leverage in corporations threatens a potential wave of fallen angels. She began by diving into the economic fundamentals.

Walsh noted that June unemployment to date has been high, but the rise of claims has been less intense than comparable periods in April and May. Regardless, the current labor market shock will leave lasting scars. She highlighted that the current shock, when compared to a population of previous labor market shocks over a period of 3 months, is a 40 standard deviation decline in employment levels. After providing this staggering statistic, Walsh stated that it is hard to imagine returning to pre-pandemic unemployment levels by the end of 2020.

This led to comparisons of unemployment and Gross Domestic Product (GDP) among the current environment, the Great Depression (GD), and the Global Financial Crisis (GFC, 2008-2009). The COVID scenario is not expected to be as long or as deep as these either of these previous crises, but Walsh and her team are still expecting a contraction in real GDP for Q2 2020 as large as 40%, annualized. Additionally, she and her team are expecting 10% unemployment for the next couple of years, similar to levels seen in the GFC. This collapse in economic growth will have a deflationary effect and, as such, Guggenheim is expecting -1.0% to -1.5% deflation on the year.

After lengthy coverage of US economic fundamentals, Walsh pivoted the discussion to emerging markets (EMs), which appear to be vulnerable. Specifically, market debt to GDP (Corporate plus Government) is high among EMs—near 180% in some cases—indicating that EMs are highly leveraged. Notably, many of these economies are leveraged in US dollars, which means they will need to pay back their debt in US Dollars. However, Walsh pointed out that new COVID 19 cases are popping up in emerging markets like Brazil, Ecuador, Peru and India. These countries are likely to have heavy burdens on their health care systems manufacturing industries. Walsh told attendees to expect disruptions in EM’s supply chains that will make it harder for those economies to grow, leading to a potential EM crisis. Walsh also noted that many US dollars have moved away from emerging markets and the Fed has committed to buy Treasury bonds from emerging markets to generate US dollars. However, If the IMF needs to provide aid to emerging markets, US is responsible for nearly one half of the IMF’s budget, and increasing support would be a very hard sell in Washington DC.

Walsh then proceeded to discuss corporate credit, starting with a discussion of consumer behavior. Starting with a positive note, commercial and business travel is picking up as lockdowns ease with much more travel by ground rather than by air. Additionally, TSA checkpoint throughput and seated dining continue to trend up. In spite of these bright spots, consumer sentiment is slightly weak and economic sentiment continues to deteriorate, as evidenced by data from Twitter. Consumers are being patient with their expansion of purchases, but time is running out for small businesses. Many small businesses can only withstand lower economic conditions for up to 4 months before encountering severe risk of permanently closing their doors. Current IPSOS surveys are noting that many Americans are not yet willing to return to normal routines such as grocery shopping and restaurant dining coming out of the lockdown. As such, Walsh’s team predicts that the economic recovery could be up to 24 – 36 months—and this estimate presumes no additional economic stimulus or Federal Reserve intervention.

The next point relating to corporate credit was interest rates, which are likely to move even lower. Modeled estimates for the 10 Year Treasury could be negative later this year. Due to the accommodative nature of the Fed, excesses have been allowed to build in the economy over the last several years. High debt ratios and overleveraged corporations remain a potential weak spot for the future economy. Walsh noted that BBB Rated bonds may quickly deteriorate to junk status. The Fed and some rating agencies have been criticized for previous downturns due to inaction or being slow to react. As such, Walsh and her team expect that many BBB bonds will be downgraded to below investment grade. Fundamentals in BBB corporate bonds continue to deteriorate, with many having characteristics of junk ratings, such as in their leverage and debt service levels. Walsh warned attendees that the fallen angel wave has started and has already eclipsed similar waves seen in recent crises. Walsh and team expect over $600B of BBB downgraded to high yield by 2022, and $1T over the next 4 years.

With investors in mind, Walsh highlighted where potential value might be seen. Corporate spreads gapped out in recent months to levels not seen since GFC, and then quickly bounced back. Walsh noted that this type of volatility has not been seen since the GFC. To reinforce this point, Walsh presented a chart comparing the year end 2019 spread percentages, the widest spread percentages YTD, and the current spread percentages across various fixed income products. Leveraged Loans and Agency CMBS categories had current spreads closes to their widest points. Anne noted that with the current stimulus package, there is new ground to be broken. In GFC, the Fed intervened and was bought treasuries and agencies. But now, for first time, the Fed is purchasing corporate credits as well. As a closing note, Walsh shared that she and her team believe the default risk for high yield bonds may not be fully priced in. Guggenheim projections indicate much higher risk, and makes the high yield category look expensive.

How do portfolio managers contend with periods of underperformance?
Walsh noted that their strategies are measured and long term. In many behavioral finance studies, it is noted that investors trade too often, or react to irrelevant data. They don’t want to have the fear of missing out. Guggenheim looks long term in their approach.

Are debt markets as disconnected from economy as the equity markets are?
Walsh noted that some markets can become disconnected from fundamentals. 2016 was cited as the opposite: the markets thought there was going to be a recession but fundamentals were still pretty good. Investor sentiment caused price decreases. Today, we have money moving into specific places that can be driving price levels. In addition, the Fed purchasing has diluted how clear the value of some investments might be. Overall, the Fed can provide liquidity but it can’t fix solvency of a corporation. It’s likely that bankruptcies will be increasing.

Will we see negative Fed Funds targets?
Walsh does not think negative Fed Funds Rates are probable. Some of the Fed’s activity is about curve positioning. The Fed has indicated they don’t want rates to fall, but also can’t control investor demand. Insurance companies and pension funds will be driving purchases at the long end of the curve.