Networking on the Green 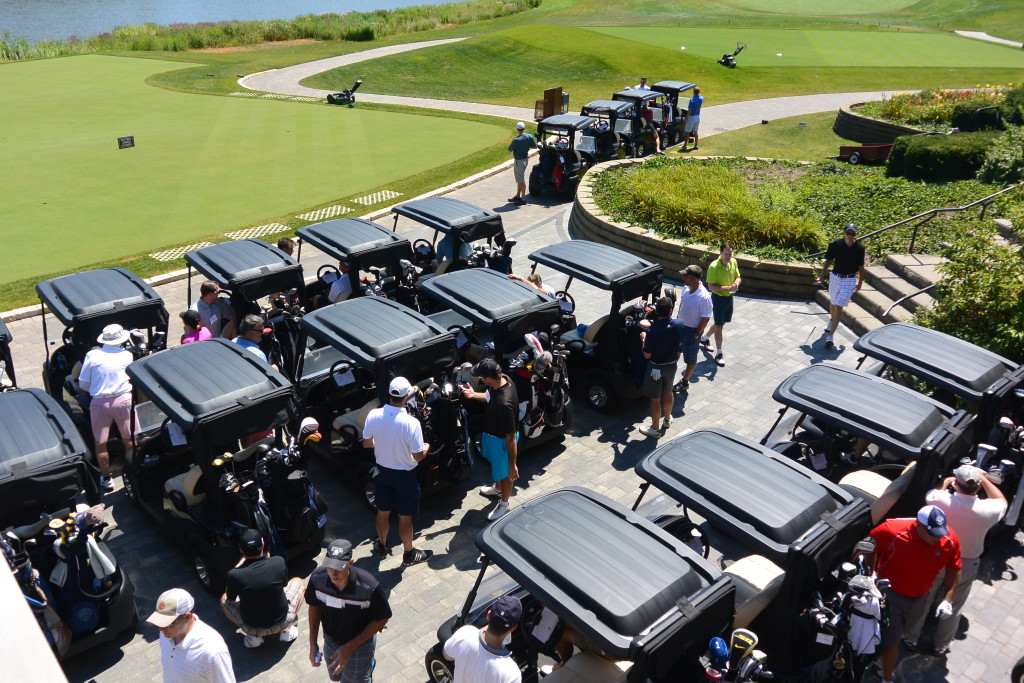 The long, proud history of the CFA Society of Chicago, founded in 1925, was just barely preceded by the founding of Ruth Lake Country Club in 1922.  Nearly 100 years later, the two entities came together for an exceptional day of golf.

On August 3rd, more than 50 of the Society’s finest golfers and their guests descended on Ruth Lake to enjoy a fine time of fellowship and competition on one of the area’s premier country club courses.  The first nine holes were originally designed and built by David Foulis in 1922 with the second nine completed in 1923 to round out the 18 hole layout, creating a  fair but demanding track.  While the original design stood the test of time for over 80 years, an Arthur Hills redesign in 2005 brought it up to a higher standard of excellence.

The day’s events began with the group spending some time 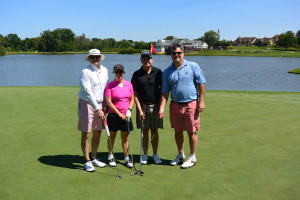 loosening up on the driving range and getting a feel for the glass-like putting greens.  At the same time, everyone was free to indulge in the full buffet lunch which was highlighted by bacon bratwurst, a selection of sandwiches, salads, and an assortment beverages.  After lunch, the participants were directed to their carts and sent out to their starting holes for the day’s golf.

As far as this writer’s round of golf went, the weather was 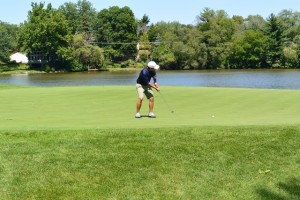 fantastic!  Certainly all of the participants played both good and bad shots, had some punch shots fly straight through the trees, and others that were stymied by those same trees.  The putting greens were so quick that missed tap-ins could roll several feet past the hole, but certainly all would agree that they ran true for well-struck putts.  Overall, the course was in fantastic shape and provided a great test for all aspects of the competitor’s games.

After playing the course, the group gathered in the Club’s dining room for drinks and dinner.  As waiters provided drink service, a buffet was again laid out.  The dinner version offered various salads, sides, a mix of fish and chicken dishes, and a beef carving station.  This allowed time for the group to meet new friends, discuss the day’s play, provide recommendations for must-see courses in the area, and to potentially foster some new business relationships.

While the diners enjoyed their meals including delicious cake for dessert, Kim Augustyn presented awards and gift packages to the winners of the long drive, closest to the pin, and net team score contests.  We’d like to congratulate Thomas Campbell of Neil, Gerber & Eisenberg LLP for hitting his shot to 57” on the par-3 14th hole and Erik Kratz of Mid-Continental Capital for crushing his drive long and straight to win the long drive contest.  Jason Loy and Anthony Doughty of KPMG and Philip Figal and Scott Cosentine of Ashland Partners combined to shoot an incredible net 51 score to pick up the team honors.

Of course, we would also like to send special thanks to our sponsors for their generous support!

With the 11th Annual CFA Society of Chicago Golf Outing in the books, all the participants will surely look back to remember a great Monday out of the office and will be looking forward to seeing what other outstanding area course will serve as host to next year’s event.