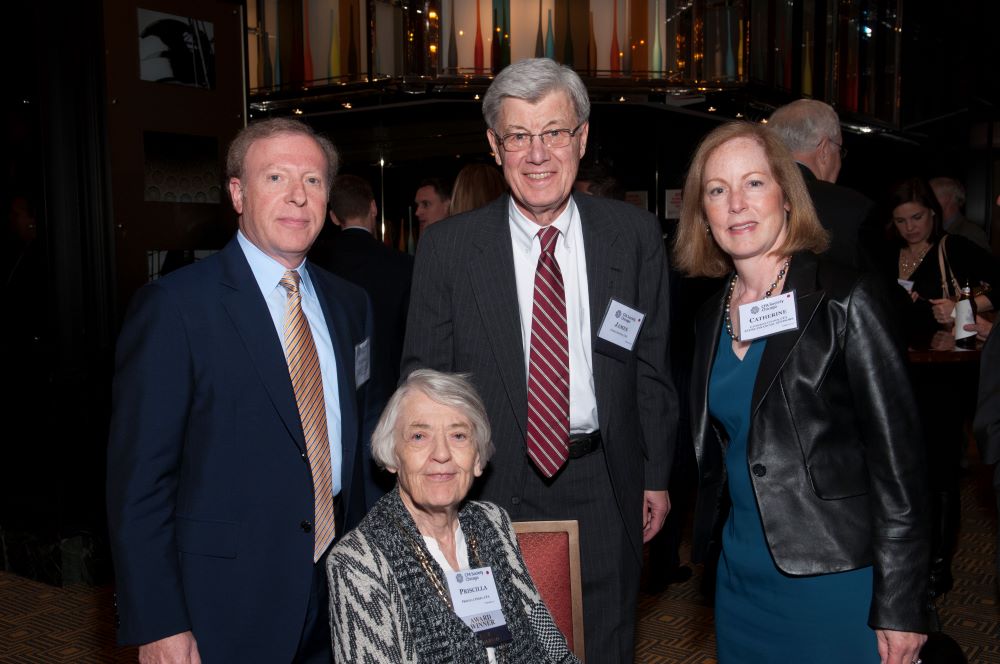 CFA Society Chicago recently received the sad news of the passing of Priscilla Alkire Perry at the age of 84. A well-known member of the Chicago-area investment community, Priscilla was awarded CFA Society Chicago’s Hortense Friedman, CFA, Award for Excellence at the 29th Annual Dinner in 2015. Priscilla was the second woman to be awarded a CFA designation in Chicago in 1966 after completing three exams.

Her willingness and ability to lead by example helped soften some perceived gender barriers by her active involvement in a profession that was still largely male at the time. While she may not have thought of herself as a pioneer, in many ways she was just that, following in the footsteps of Hortense Friedman herself, as well as, another Hortense Friedman Award winner, Mary Petrie.

In the late 1950’s few major business school graduate programs accepted women. Priscilla chose an unusual one, The Harvard-Radcliffe Program in Business Administration. Courses were taught by Harvard while Priscilla lived on the Radcliffe campus. During this time, Harvard Business School was an all-male institution in terms of granting degrees such as an MBA.

Professionally, Priscilla was a Consumer Analyst at both Lincoln National and Harris Bank. In the mid 1960’s the Investment Analysts Society of Chicago (IASC) expanded by offering several new groups for industry specialists. Priscilla founded the Consumer Group in 1965 and chaired it until 1969. Priscilla served as President of the Investment Analysts Society of Chicago from 1981-1982. In a 90-year history that dates back to 1925, fewer than ten women have served as President/Chair of the Chicago Society. Priscilla was one of the first. She became active at a time when there were few female role models. Priscilla’s willingness to take the top leadership role was an action that paved the way for other women to become actively engaged in the operations of the Chicago Society.