The Path to Recovery in a Covid-19 World 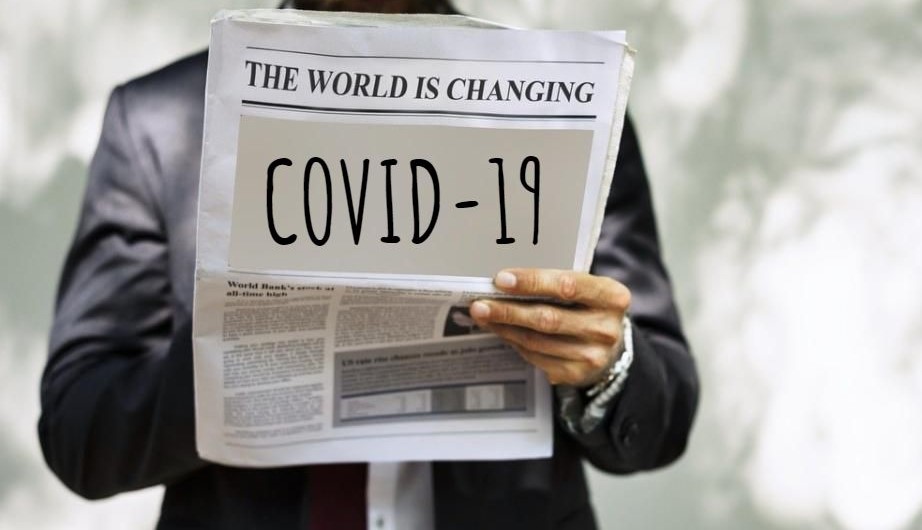 The Covid-19 pandemic has inflicted a serious wound on the US economy. It will necessitate that a choice be made between a continued shelter-in-place lockdown and the re-opening of economic activity. There is little doubt that shelter-in-place has slowed the spread of Covid-19, however the cost to businesses of not being able to operate has been staggering. On April 30, 2020, the Education Advisory Group hosted Brian Coulton, chief economist at Fitch Ratings, in a webinar that was moderated by Richard Excell, CFA. Its purpose was to address the issues of re-opening; the amount and nature of further stimulus needed and what effect this might have on fiat money.

In a previous role at Fitch, Coulton worked in the Sovereigns Group for eleven years, including spells in Hong Kong as head of Asia Pacific Sovereigns and in London as head of EMEA Sovereigns and Global Economics. Coulton was employed at Legal and General Investment Management in London (one of Europe’s largest asset managers) where he worked as an emerging market strategist. He is a former adviser at HM Treasury which is the UK’s economic and finance ministry.

Excell is an Instructor of Finance at the University of Illinois, Geiss College of Business. In addition to his role at the University of Illinois, Excell is a senior portfolio manager at Wolverine Asset Management in Chicago where he oversees a concentrated long/short portfolio. Excell spent most of his career at UBS O’Connor where he was most recently managing director, senior portfolio manager and co-head of the Fundamental Equity Market Neutral Fund.

Coulton began the webinar with a few opening remarks including stating that the outcome for the economy will be dependent on the interaction of the stimulus with nature and science. Covid-19 has been a wrecking ball for the world’s economy. This unprecedented event has necessitated a massive stimulus response that has been the largest and fastest on record. Forecasts for GDP have dropped from 2.5% to -4.0%, a breathtaking swing, a collapse only experienced in wartime.

Coulton stated that the effect of the lockdown and the subsequent stimulus can be studied in two parts. The first part would be how the stimulus interacts with the economic damage. The second is the question will the lockdown lead to permanent changes in behavior? Collateral damage needs to be limited and a return to the labor force must occur. The role of the fiscal injection is to limit negative multipliers. Banks are in relatively good shape at present, however large credit losses may incent banks to pull back lending. As shelter-in-place is eased, the labor force must be able to return.

Coulton’s opening remarks were followed with a question and answer session. Excell began with a series of questions for Coulton, and later relayed questions from the video audience to Coulton.  The questions and Coulton’s responses are summarized below:

What is the nature of the linear tradeoff between the duration of shelter-in-place and the damage we can expect to the economy?

Coulton stated that the longer the lockdown, the greater the depth of shock, which would lead to more defaults and higher unemployment. There is the risk of a quasi-permanent lessening of demand. In this lockdown, the first five (5) weeks has had the effect of a daily loss in GDP of 10% to 15% of normal. If you carry this out to eight (8) weeks the daily loss could be as severe as a 25% loss from normal GDP.

In the debate in the US concerning re-opening the economy, is there an appropriate cost/benefit analysis that can quantify the risk of opening too soon weighed against the health risk?

It is the government’s job to determine when this should occur; scientists can only advise what the best course of action might be. Once the curve begins to flatten and the numbers of cases begin to decrease, decisions must be made. Coulton stated that it was difficult to answer this question as it requires that a cost be assigned to the loss of human life.

Is there a limit to how much debt the government can assume?

The US is in a good position since the US dollar is the global reserve currency; no other government has this advantage. The Fed thus far has printed dollars without affecting the value of the dollar. The market has been able to absorb the supply. This buys the US more time, however other countries will have tighter time constraints.

Both sides of the political spectrum have agreed that the US must take on more debt to combat this crisis. Will this added debt increase the odds of inflation?

In the last crisis (2008-2009) banks were in disrepair. Successive rounds of QE did not have an effect on inflation. QE in 2009 did result in promoting asset price inflation, which is not fully captured in CPI. The scale of the current debt will dwarf QE as we now see at least a $6 trillion dollar Fed balance sheet. It is Coulton’s position that the threat of inflation rises during the upcoming period of economic retrenchment.

Excell commented that the velocity of money is low as more purchases are shifted to on-line. Coulton stated that globalization has kept inflation low; however, globalization is heading into reverse. The most severe job losses are in the lower productive service businesses affecting the lower paid workers. It is Coulton’s opinion that an effort to remedy this inequality will lead to upward pressure on wages.

Corporate costs will rise as more industries will be on-shored. Countries will put up barriers to protect these industries. Geopolitics will continue to focus on US/China relations and emerging markets will be less able to benefit from their low wage advantage. This may lead to a long-term adverse supply side shock.

Will this crisis expedite a move to rising wages and away from capital?

What helped the rise of populism was that more income came from assets than came from wages. This pronounced decline of labor’s share of national income gave companies more power. If globalization recedes there will be a shift in power. In the short-term unemployment will keep a lid on wages; however, an increase in real wages may occur in the medium term. If real wages turn out to be higher than productivity, inflation would be the result.

How would a wage/price spiral affect corporate ratings?

Coulton had not given this much thought, although costs would certainly go up. Corporate tax rates would probably rise in an attempt to offset the deficit and ratings would be negatively impacted.

Should a Universal Basic Income be considered given the severity of the crisis?

This goes back to what importance the welfare state will have. Is a stronger welfare state needed in the long term? Coulton compared the US model to Europe. In Europe long-term labor contracts makes it harder for companies to shed workers where people don’t lose jobs as quickly.  In the US the first pressure valve is that people are laid-off. Is the US model now less desirable?

Can the current crisis be characterized as a supply or demand shock?

Coulton stated that there are elements of both; however the supply side aspect is underappreciated. The government has mandated that human interaction be stopped resulting in a government induced supply shock. If social distancing is permanent, then labor will be impacted. Other economies are also closed making it difficult to obtain parts.

Can you speak to the behavioral response of consumers to the lockdowns in various countries?

Coulton said it was difficult to conclude which country has done best. It appears that South Korea, Taiwan, and Germany began their testing and lockdown earlier and have benefitted the most. The US response has been more belated but the variety of offsets to the crisis has been effective. This has lowered the risk of a financial crisis and hopefully the shock will be short-lived and confidence will return.

Excell then took questions from the video audience:

Will the crisis accelerate the substitution of labor with robotics?

Coulton is not of the view that tech destroys jobs in the long-term. Routine tasks may become less labor intensive but there should be no reduction in demand for labor. If there is more investment in capital expenditures, labor will benefit.

What impact will the crisis have on precious metals and fiat assets?

Coulton stated that in the short-term there is a good chance that private firms will be more cautious on capital expenditures. Government infrastructure projects will help in this aspect; however, there could be a distortion in the pricing of capital. If emerging markets do more QE, their currency will suffer. Although precious metals may see an uptick in demand, US currency should remain strong.

To conclude the Q&A Excell asked about what GDP will tell us during the recovery.  Should we focus on the growth rate of GDP?

Coulton’s response was that the level of GDP was most important. This has not been a typical cyclical economic contraction. GDP growth rates could be misleading as growing 5% after dropping 8% will not tell you anything. We need to see levels of GDP that we saw before the virus changed everything.