Volunteer of the Month: April 2018 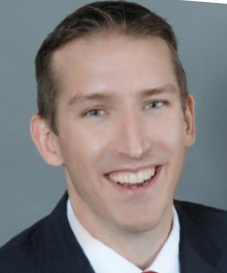 This month’s Volunteer of the Month is Garrett Glawe, CFA, Director of Asset Owners Channel for the Central Region at S&P Dow Jones Indices. Garrett has volunteered with CFA Society Chicago for many years in several capacities, including as co-chair of the Education Advisory Group and by teaching financial literacy as a member of the Membership Engagement Advisory Group.

During his tenure as co-chair of the Education Advisory Group, Garrett was instrumental in organizing and securing sponsorship for the group’s Active vs. Passive event featuring Nobel Laureate Eugene Fama, which set a new CFA Society Chicago record for attendance with over 400 attendees (excluding the Annual Dinner). Although he is no longer a co-chair, Garrett is still an active member of the Education Advisory Group. Most recently, he assisted with its Corporate Governance event by developing the event format and securing several speakers.

Garrett also serves as a valuable resource for coaching and mentoring new volunteers and aspiring leaders within CFA Society Chicago.