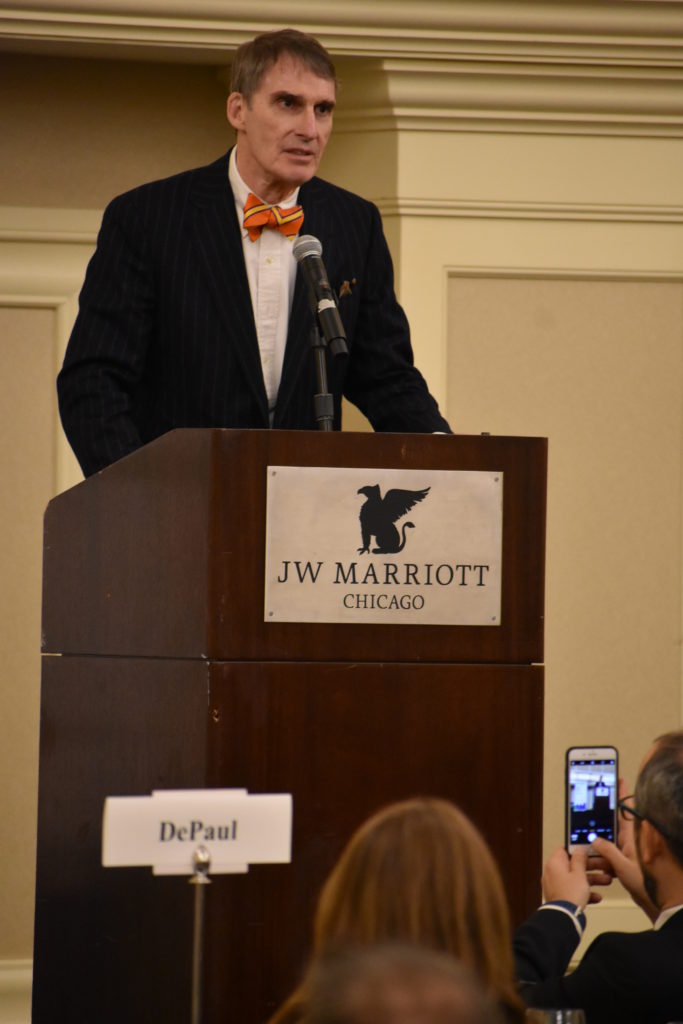 James Grant has a resume. Navy man. Journalist. Founder and editor of Grant’s Interest Rate Observer. Author of books that range from the Great Depression, financial histories, a presidential biography, a forthcoming biography about Walter Bagehot, and appearances on numerous financial programs. Grant was the featured guest speaker at CFA Society Chicago’s Distinguished Speaker Series on November 14, 2018. Over lunch at the JW Marriot, Grant gave his views on topics ranging from interest rates to asset valuations and finished with questions from the audience.

Grant started with a U.S. economic review of the past 10 years concentrating on the progress and consequences of the monetary / fiscal policies applied over this period. Grant noted in 2007/08, the largest banks were leveraged around 29/1. The same group of banks are now levered approximately 13/1. While the risk these banks pose to the financial system has been reduced by de-levering over the past ten years, the leverage ratio of the Federal Reserve Bank has moved in an opposite direction, now standing at all-time highs. Fed policies have created a risky and perhaps fragile economic situation. Although the Fed has the ultimate backing of the U.S. government, at some point the investing public could say “enough” as ultimately the term “risk-free asset” will come into question. Grant then compared debt loads to GDP, asking rhetorically what is the level of debt that inhibits a country from issuing new debt at any price? Japan’s ratio of public debt to GDP is around 228%, Italy’s is 130%, while the U.S. stands at 105%. None of these countries currently have a problem issuing or servicing their debt. However, Grant explained that the level of debt is not the key, but how a country is viewed in the eyes of the world markets. For example, in 1978 the U.S. was in the midst of a funding crisis and the debt/GDP ratio was at only 26%. While finances and balance sheets matter, it is the cycles of interest rates that dominate a countries ability to raise debt and the world economies appetite for it. An alarming fact is the level of U.S debt issuance (in terms of percentage of GDP) is at its highest point since 1945. Grant pointed out the incongruity of the U.S. bond market activity and the overall economy. The economy by any measure has exhibited steady and reasonable growth in the past 10 years. Yet the U.S. government continues to issue more debt and increase the overall deficit in the face of increasing GDP. 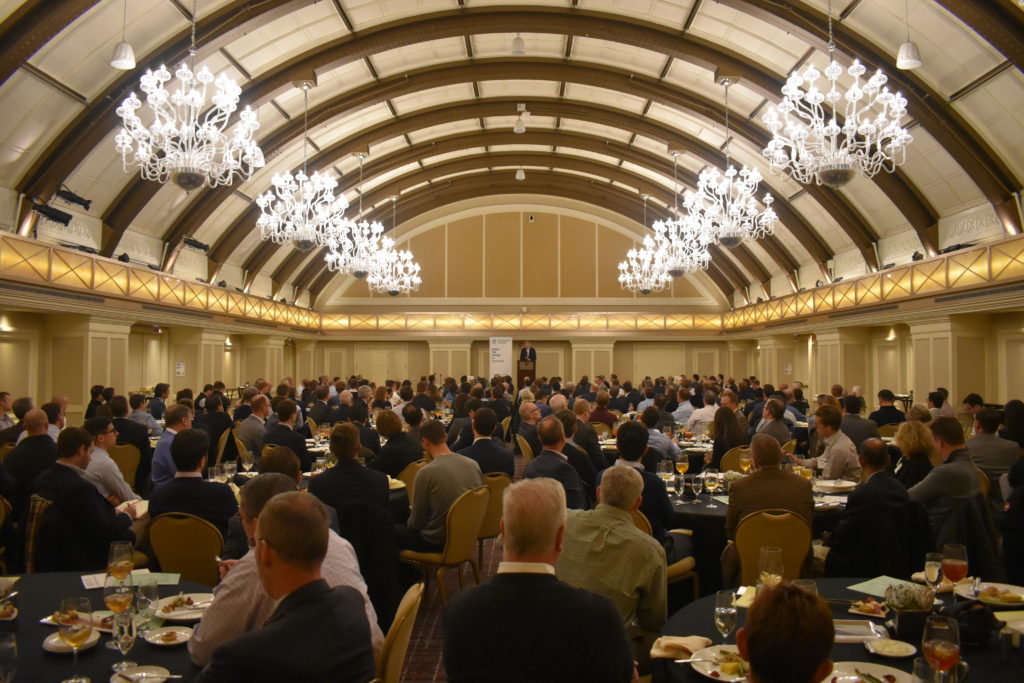 Next, Grant addressed the value of risk-based assets. The past ten years of near zero term rates has created a perversely low cost of capital. By holding interest rates to artificially low levels, asset prices have inflated abnormally. Companies have exhibited a vicious cycle of issuing debt and using the proceeds to buy back their stock thereby propping up valuations. Fed policy is the main reason why there are a number of mega-sized companies that have recently gone or are about to go public. The commonality among these companies is that they typically make no money, have remarkably high valuations, and have easy access to cheap capital. Think Uber – it has never been profitable, year-over-year growth is decelerating, and it continues to lose market share. Despite this documented financial condition Uber has been recently valued at an enterprise value over $70 billion.

To underscore his points, Grant cited the works of two other authors. The first was Ed McQuarrie, Professor Emeritus at the Leavey School of Business, Santa Clara University. McQuarrie is a part-time market historian who takes particular issue with the views popularized by Jeremy Siegel of a 6-7% average return in the stock market over time. McQuarrie’s position is that for decade long periods the stock market has had negative returns and there is not necessarily a reversion to the mean. Grant strongly advised the audience to read Dr. McQuarrie’s paper Stock Market Charts You Never Saw.

When Grant finished his prepared remarks he fielded questions from the audience. 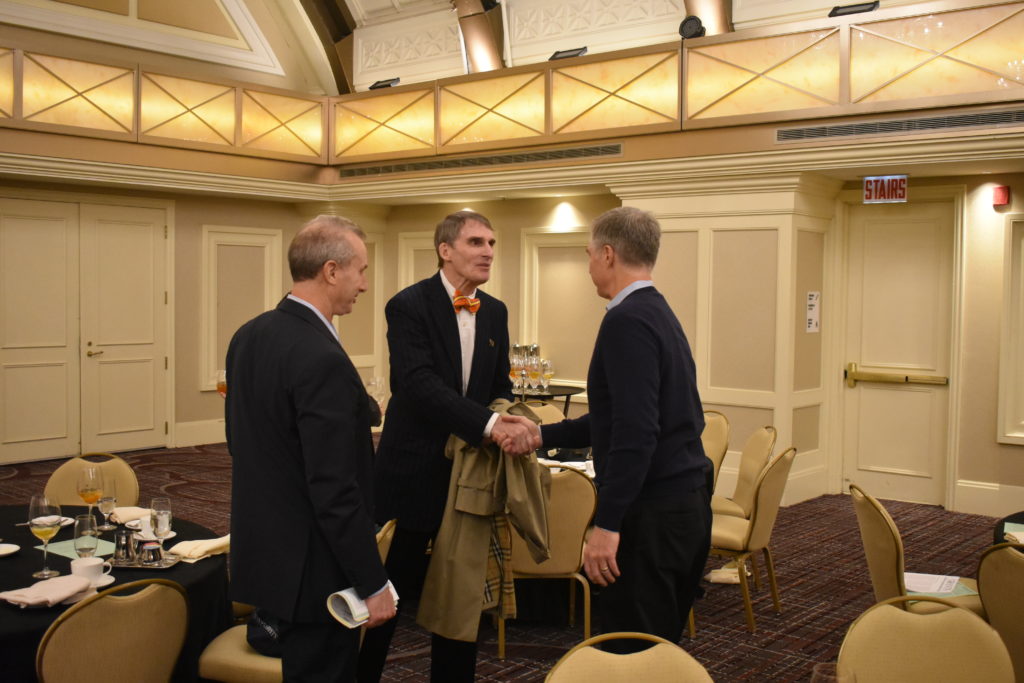 Q – Given your outlook on interest rates and asset valuations, is the pricing of private equity realistic?

A – Grant answered with a quick “No”, and pointed to a recent disagreement between Palantir Technologies and Morgan Staley which has a stake in the company. Palantir has been valued in the $30B – $40B range and is looking to launch its IPO in 2019. Morgan Stanley has lowered the valuation of the company to a fraction of its private market $30-$40B valuation. What does it say to the current state of private equity valuations if the very banks that are to take a company public cannot agree with the company on valuation? 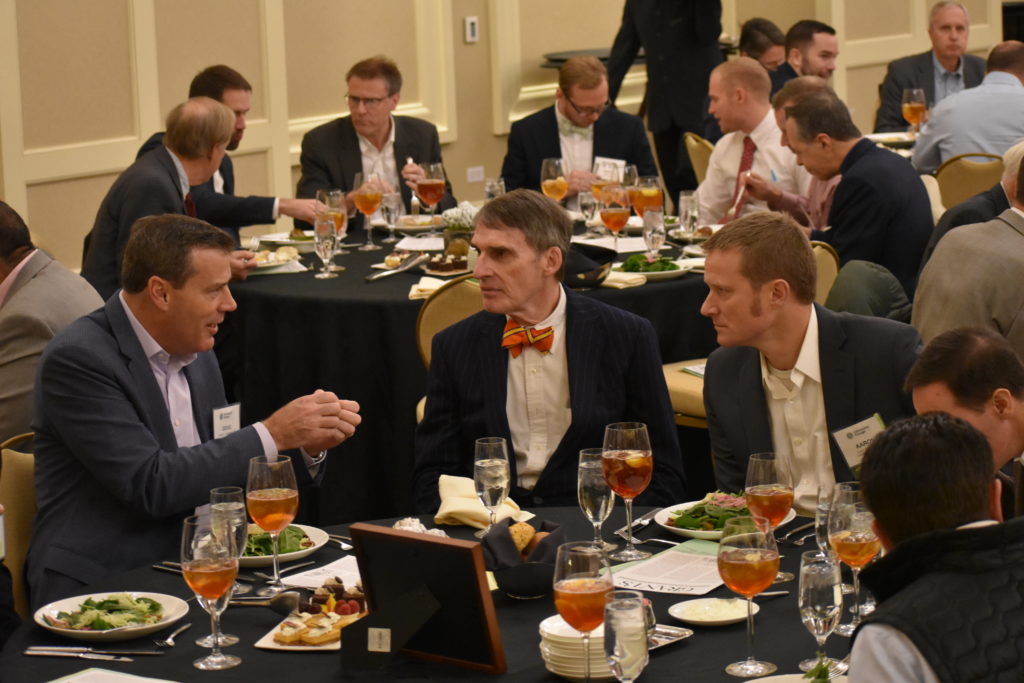 Q – In the current market environment where would you put capital?

A – As bond yields go up (a certainty in Grants eyes), gold will also go up. When the public losses confidence in a country’s fiscal management, there will be a flight from that currency.

Q – Given the state of the U.S. finances, what is the answer – raise taxes, lower spending?

A – The first step to fixing our financial crisis is something akin to a person dependent on drugs. Admit there is a problem. Setting aside the lawmaker (or the out of power political party) that calls for fiscal responsibility, the U.S. government as a whole must tackle the problem. It is more likely that there will be monetary disorder before the problem is addressed. If this is the most likely scenario, then investors should consider gold as hedge.